Today on the blog we're looking at some of the artwork from the first of our 2021 titles. Let us know what you think in the comments section. If you would like to see any artwork from our February titles, be sure to mention that too! 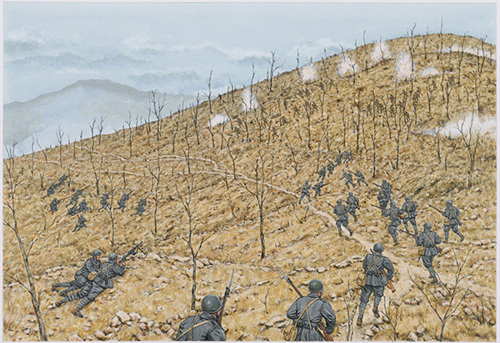 This first image, requested by PAUL W, depicts the fight for Hill 731 in March 1941. This scene shows a group of lightly equipped Italian infantry, armed with Carcano rifles, some with bayonets attached, charging up Hill 731. An officer armed with a pistol can be seen directing their assault. They are supported by fire from another group of Italian infantry, including a pair firing a Breda M1930 light machine gun. Towards the summit of the hill, a group of Greek soldiers are launching a counter-attack against the approaching Italians. Smoke from Italian artillery strikes can be seen rising from the hillside. While the two sides fought for control of Hill 731, the Italian II Battalion, 72nd Infantry Regiment managed to break through the Greek defences and advance east, where it was all but annihilated by a Greek counter-attack. 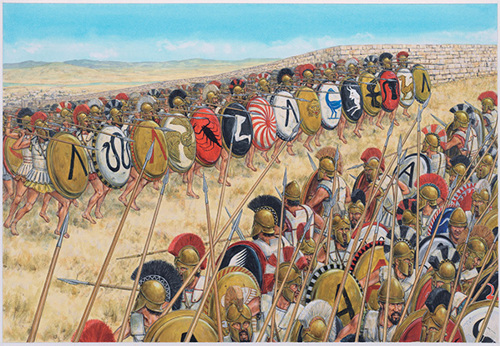 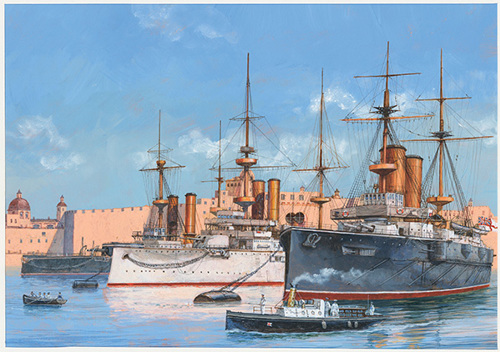 From the early 1800s, the Royal Navy’s Mediterranean Fleet was based at Valletta in Malta. Its central position in the Mediterranean gave the island great strategic importance. This, combined with the sheer power and size of Britain’s fleet, were key global assets during this period, serving to protect British interests in the region, and to safeguard British sea links with her sprawling overseas Empire. In 1899, Admiral Sir John ‘Jackie’ Fisher became the Commander-in-Chief of the Mediterranean Fleet, flying his flag in the Second Class battleship Renown. Here Renown (centre) can be seen at her mooring in Valletta Harbour, flanked to port by Formidable and to starboard by the older turret battleship Hood.