Oathmark: Battles of the Lost Age author Joseph A. McCullough is back with some more designer blogs, the first of which give a brief look at the rules for legendary units that are added in Battlesworn, the first supplement that publishes next month.

We aren’t supposed to admit it, but we all have a favourite unit in our army. Maybe it’s the unit we did a lot of conversions on, or maybe it got our best paint job. Perhaps it just contains the coolest figures, or maybe, it just always seems to perform really well when you most need it. The truth is, if you play enough games with the same army, you are going to grow attached to some units more than others. That’s fine and healthy.  Most armies are far too big to really follow the exploits of every unit from battle-to-battle, but by focusing on just a few, you’ll likely increase the enjoyment you get from the whole army, and have even more great stories to tell about them. 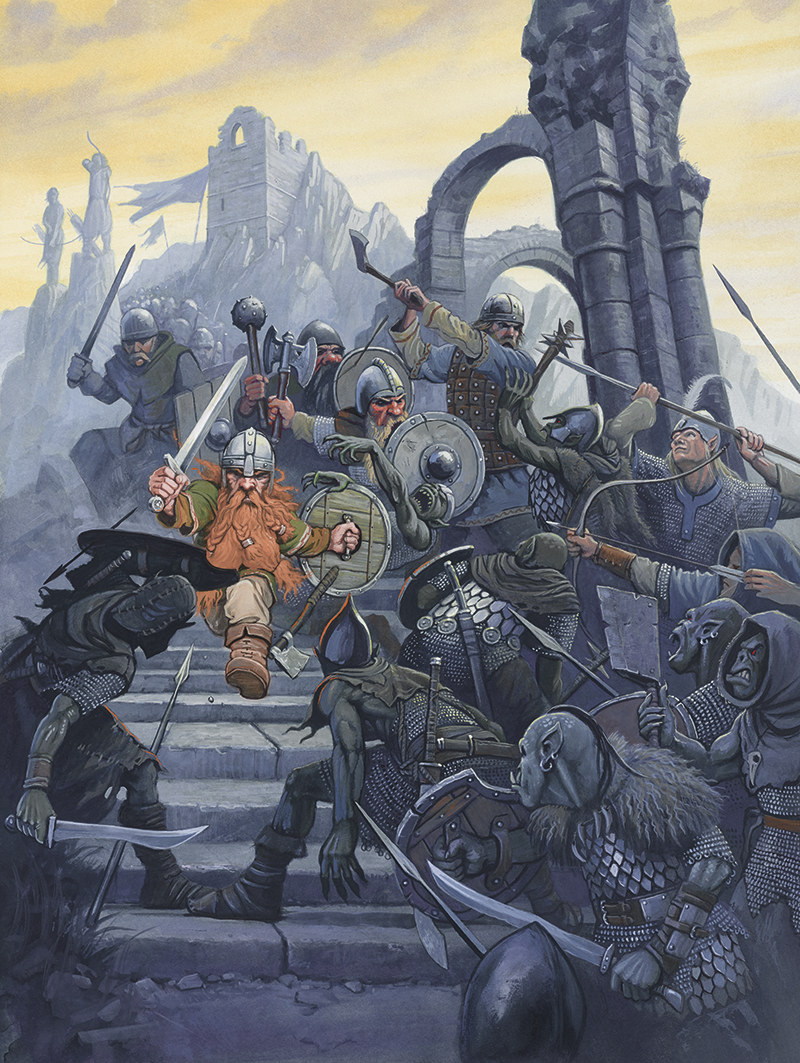 That’s why I created rules for Legendary Units in Battlesworn. Now, when a unit performs well in a battle (by fulfilling specific criteria) you can award that unit a ‘Battle Honour’. This essentially gives the unit the ability to reroll one die during a game. It’s a small reward, but it sets the unit apart from its fellows and means that it has a little extra something when you really need it. Actually, a unit can earn up to three battle honours, so if it performs well in numerous battles, it can grow into something really special. Of course, you have to pay a few more points for it, but that’s only fair.

No army may contain more than one unit with a battle honour, which keeps games from growing too complex, but a kingdom can include as many as you want. So, if you want to keep track of different legendary units, you can by switching them in and out between battles. Or you can just focus on your absolute favourite and see how far you can take their exploits. Maybe this unit will become your Immortals, your Old Guard, your Iron Brigade!

Excited to add legendary units to your army? Preorder your copy of Oathmark: Battlesworn today.

Don't forget about the Battlesworn contest we are running - more details here.