In April, 2021, we’ll be publishing Stargrave: Science Fiction Wargames in the Ravaged Galaxy, the new game from award-winning author Joseph A. McCullough!

The skirmish wargame will be fully supported by an official range of miniatures created by North Star Military Figures and Osprey Games.

We’ll be releasing plenty more information about the game and miniatures over the coming weeks and months, but for now here’s a look at the official cover for the game, featuring a fantastic piece of artwork by Helge C. Balzer! 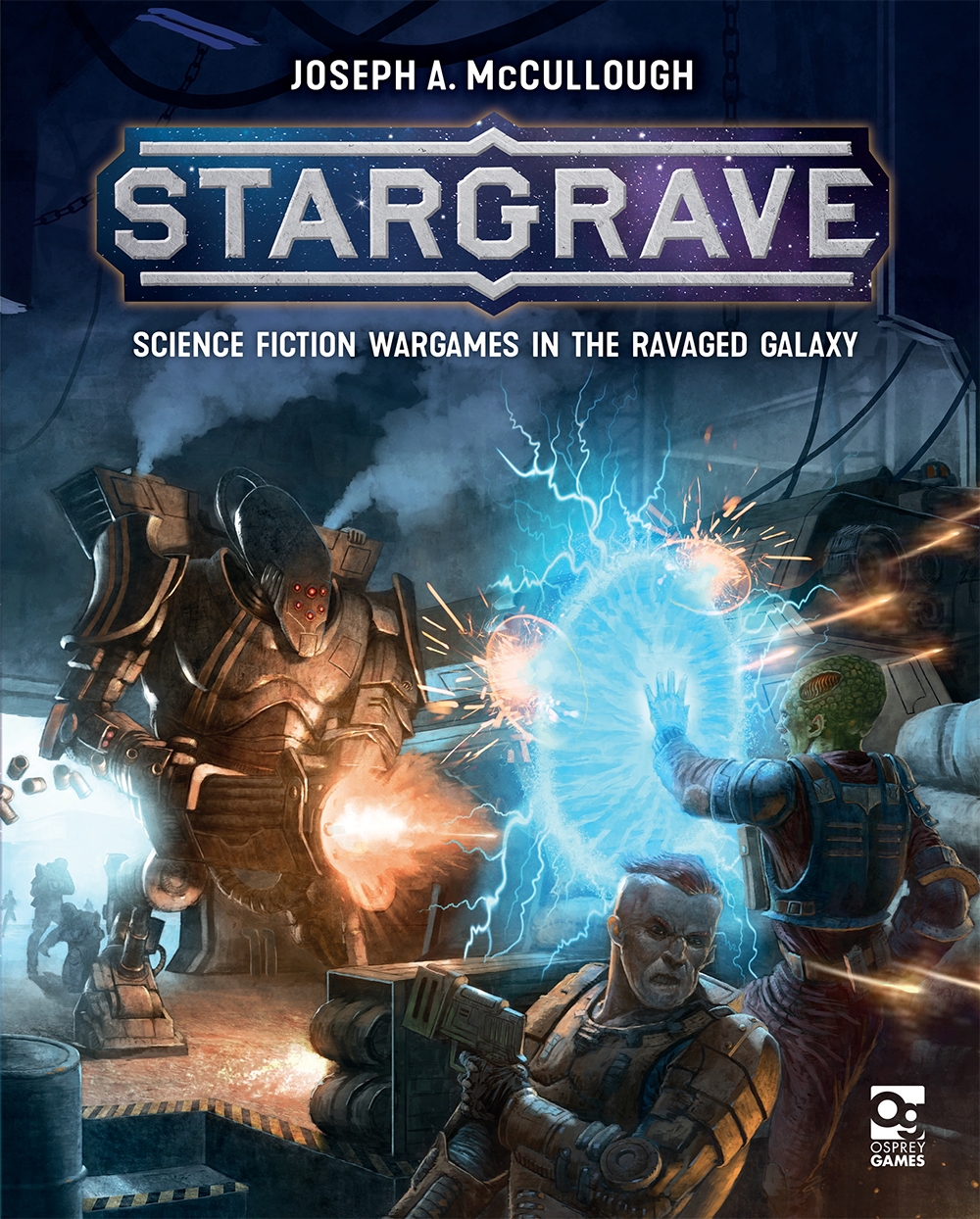 Speaking about the cover, author Joseph A. McCullough said “I think Helge C. Balzer has really captured the feel of the game with this cover. You’ve got big stompy robots, aliens using psychic powers, and battle-armoured soldiers, blasting it out in a dark, industrial setting!”

We'll be showing off some more artwork from the game next Friday, so watch this space!

Preorder your copy from your Friendly Local Gaming Store or preferred retailer.