Ragnarok: Heavy Metal Combat in the Viking Age is a campaign driven skirmish game publishing in May 2019. On the blog today, author Tim Korklewski tells us a little more about the game!

Vikings have always resonated with me, in the same way that many other outlaw warrior cultures throughout history have; the sense of self-ownership and action through extreme deeds. It is because of the sheer attitude possessed by Vikings that I was drawn in to their larger-than-life way of living. It is no surprise that over the years (and with the help of skalds telling sagas of great Viking warriors) they have grown to be more than just a mere raider culture. They have become these beings of high fantasy and great legends, able to take on all comers who dare cross their path.

These tales have made them out to be more than just normal men and women, elevating them to an almost comic book-like imagery in the imaginations of many around the world. Berserkers have become more than just champions of Jarls but rampaging warriors capable of great feats of strength and so tough that they can absorb deadly blows that would kill at least ten men before succumbing to their wounds. Jarls are more than just the leaders of their communities but great warriors that only another champion of legend could ever hope to best in hand-to-hand combat. 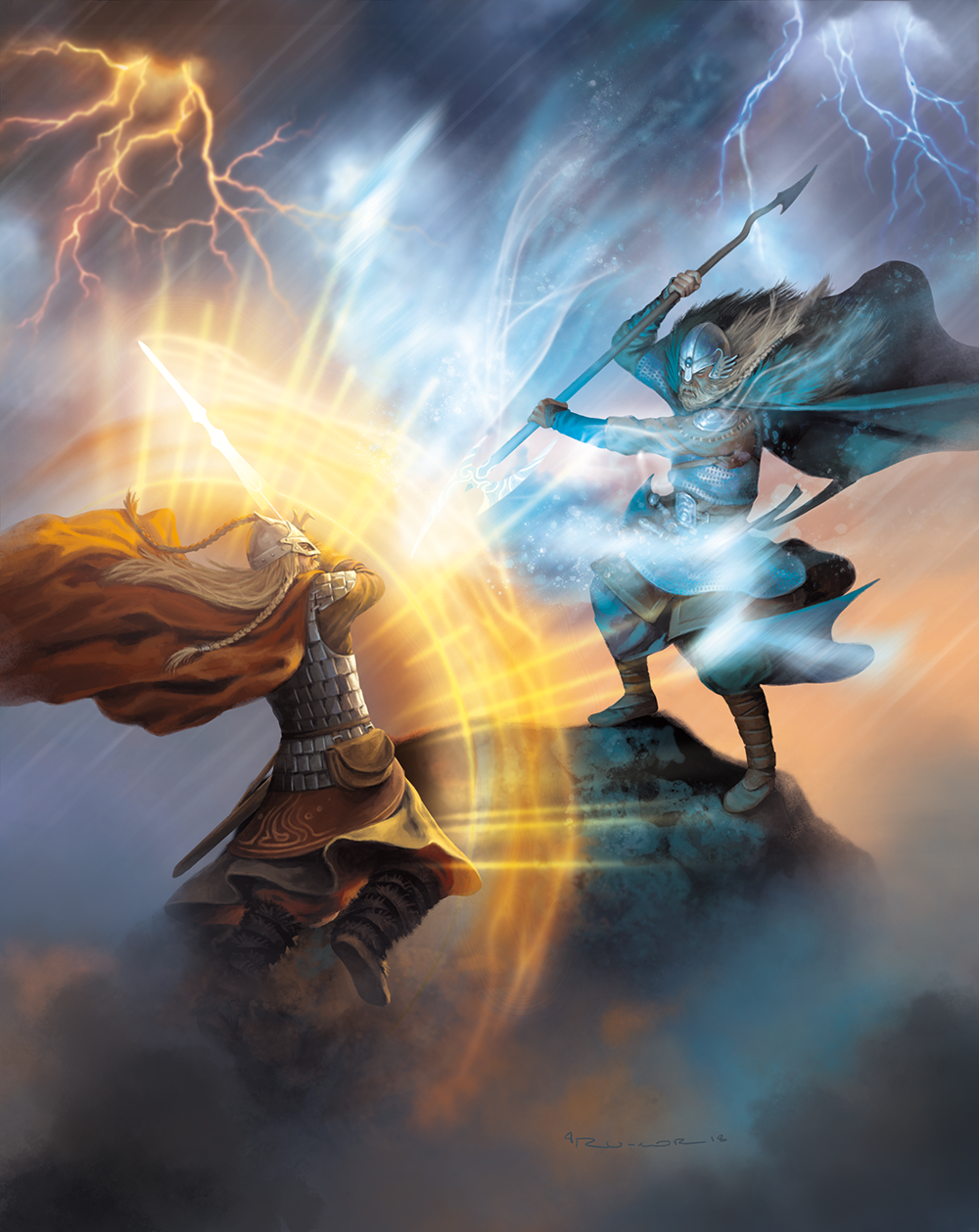 Ragnarok takes everything we love about comic books and Vikings and smashes it all together to create something visceral and epic. Much akin to many comics and other fantasy works, Ragnarok did not happen as was told by our mythologies. In the world of Ragnarok, the dread dragon Niddhoggr the Malice Striker has devoured the roots out from under the World Ash, Yggdrasil, and the great tree has toppled onto its side, crashing the nine realms of mortal and supernatural together. Asgard, located at the top of Yggdrasil, was utterly destroyed upon impact, the realm exploding into nothingness, killing all of the Aesir. With the Aesir dead and the fires of ruin consuming the worlds, your war clan of Viking warriors know what it must do to survive the desctruction of the Nine Realms and restore order: THEY must become the new gods!

At its core, Ragnarok is a campaign-driven skirmish game where your Viking war clan will have to prove themselves worthy of becoming the new pantheon of the Fractured Realms. Gamplay consists of vicious combat with a heavy metal edge. Through the use of a mechanice called Godspark, battles are no longer determined by a mere "hit or miss and deal damage" outcome as seen in most games. Instead, warriors will be pushing, throwing, and crashing their opponents around the battlefield, turning even the terrain on the table into dangerous weapons of destruction!

Even with all the various layers of challenge and rules, Ragnarok is an easy game to pick up, and you can get playing within minutes thanks to the Morpheus Engine. All you need for the game (and any other title that use the Morpheus Engine) is two six-sided dice and a single eight-sided die. The Morpheus Engine is designed to be a "plug and play" set of mechanics that on the surface are very basic, but when adding in the various rules for the different miniatures games that use them, they become unique and each game will have its own style and flavor. The beauty of the system is that once you learn the basics, you can easily switch between each book that use the Morpheus Engine and just skip to the additional rules and special features of each game, allowing you to pick up any new games using it in minnutes.

I cannot wait for Ragnarok to hit the shelves in May, and I hope that you will join me and many others in carving your own path through the Fractured Realms!

Ragnarok: Heavy Metal Combat in the Viking Age publishes on 30 May 2019. Order your copy today.