Raid 51: Tirpitz in Norway by Angus Konstam
Artwork by Edouard A Groult 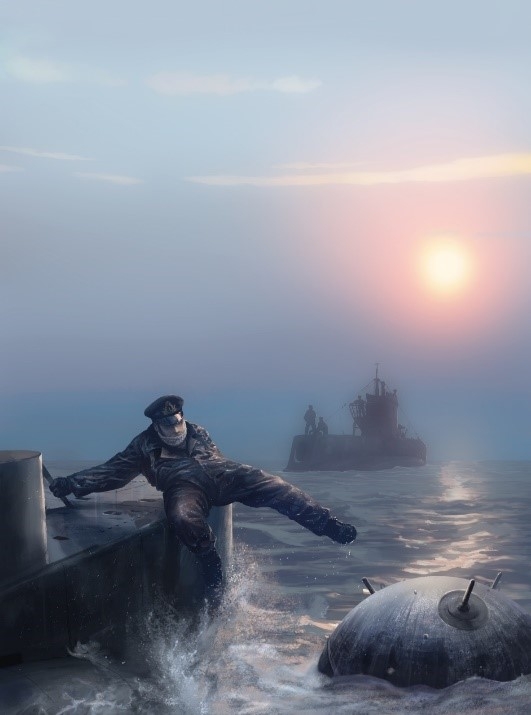 This plate requested by GI Gene comes from Raid 51: Tirpitz in Norway. On 20 September 1943, the operational crew of the HMS Stubborn spotted a drifting sea mine. It became caught in the tow rope linking Stubborn to X-7 and started drifting towards the midget submarine. Lieutenant Godfrey Place used his feet to keep the explosive device from touching the boat and then managed to untangle the mine from the rope. If contact had been made, the X-craft would have been blown to pieces, and Stubborn badly damaged. Disaster was averted and X-7 was able to carry out her attack as planned. 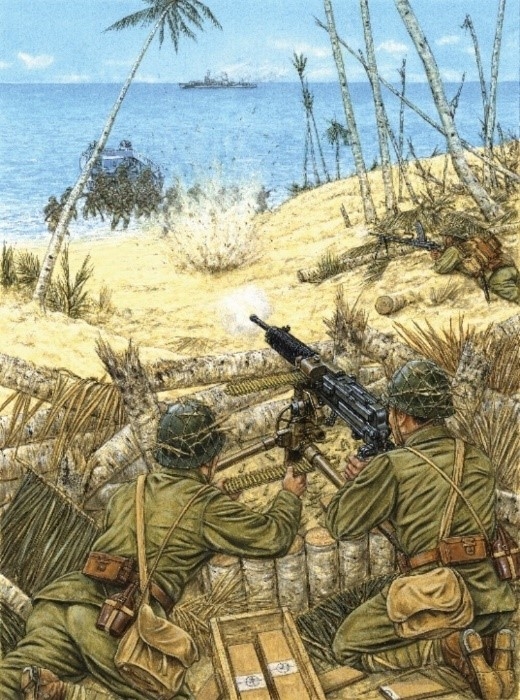 This illustration, requested by AdamC, depicts US Marines emerging from an LCP to assault a Japanese held island. The defenders have a 7.7mm Type 92 machine gun and a 7.7mm Type 99 light machine gun. An ejected case is still in mid-air to the right of the Type 92, and the surround is littered not only with the cardboard cartons in which the strips were supplied but also by expended strips which have fallen out of the right side of the breech. 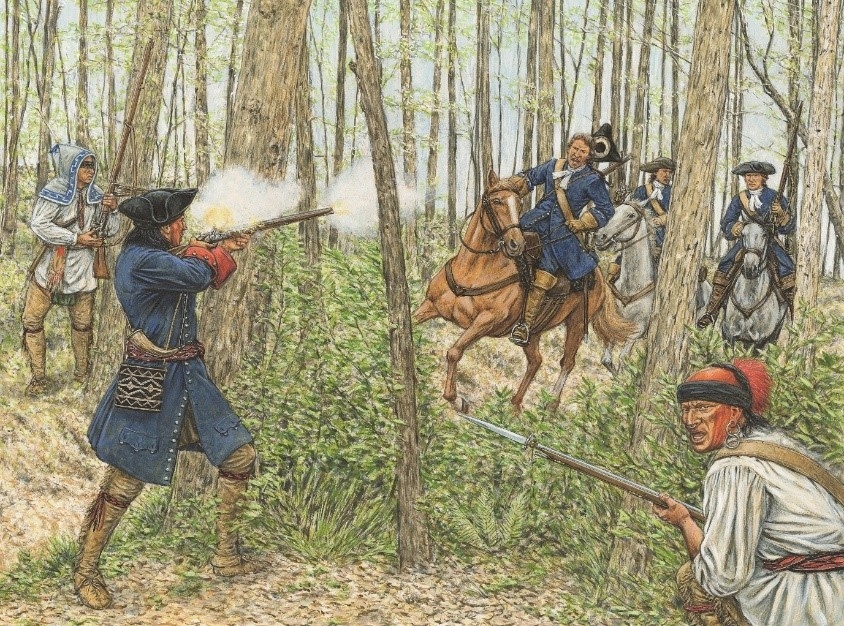 The final illustration depicts a clash between Abenaki warriors and Dragoons in 1707. As the Dragoon riders came up, other hidden warriors opened fire on them from the edge of the trees in what was obviously a deliberately planned ambush. During the five‑hour running fight that followed, the Albany militiamen never succeeded in catching up with the elusive warriors, who eventually vanished – taking some scalps with them, and seemingly suffering no casualties themselves.