Kos and Leros 1943: The German Conquest of the Dodecanese by Anthony Rogers
Artwork by Darren Tan 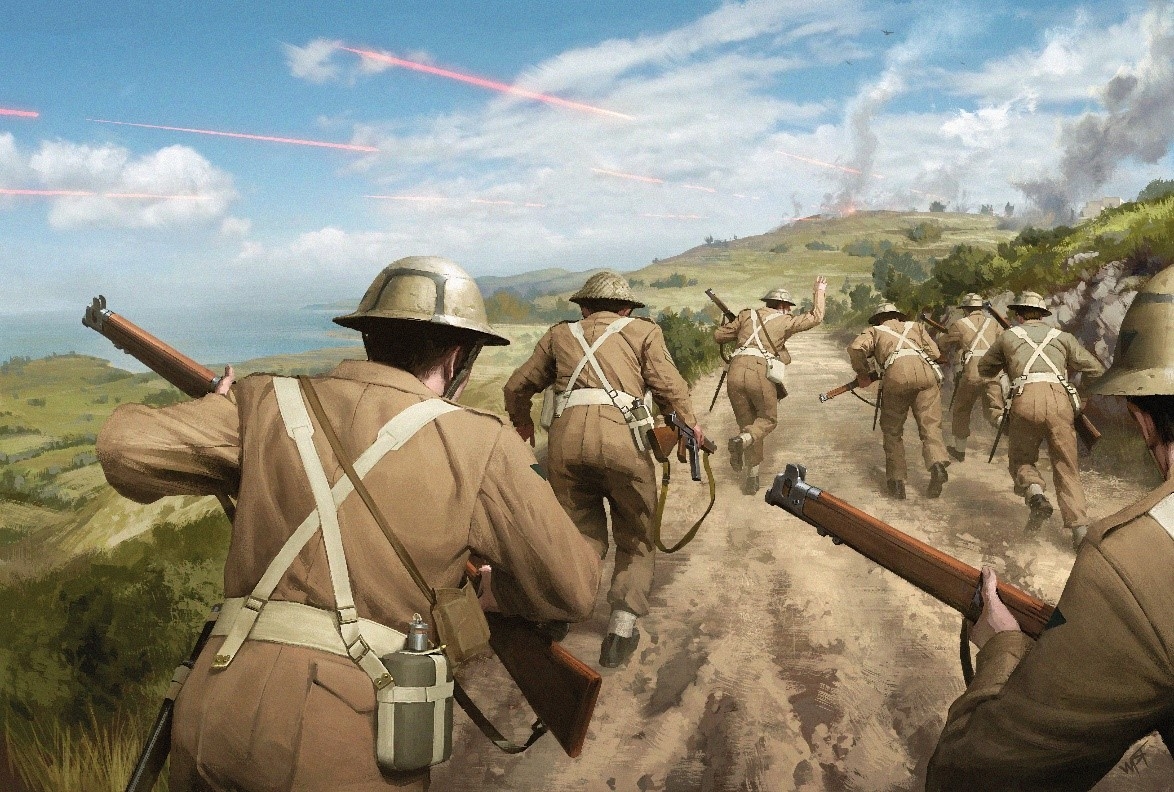 Our first image is from Campaign 339: Kos and Leros 1943 and requested by PAUL W, shows Lieutenant Ted Johnson’s attempted assault to clear Rachi Ridge of enemy forces on 14th November 1943. Despite their efforts, the Germans managed to control the ridge and the island until the end of the war. 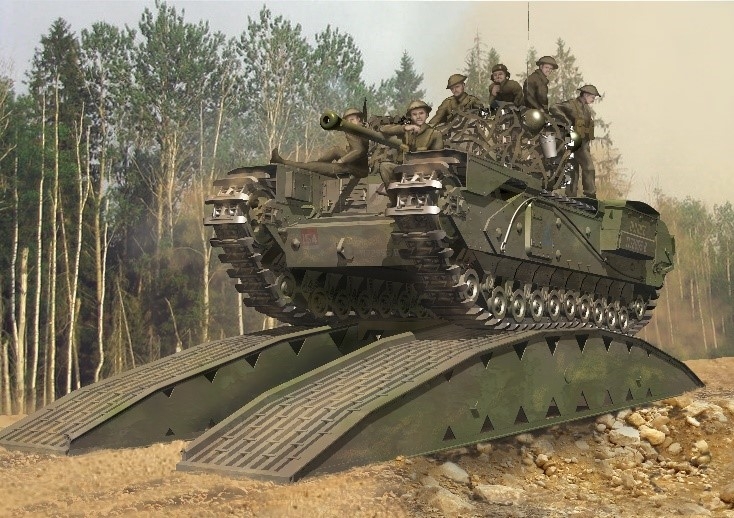 The second picture, from New Vanguard 272: Churchill Infantry Tank, depicts a Churchill VI, which is essentially a Mark IV fitted with the 75mm Mark V gun. The tank is transporting infantrymen and crossing a Churchill tank bridge without room to spare at the side, presumably being guided by a dismounted member of the crew. 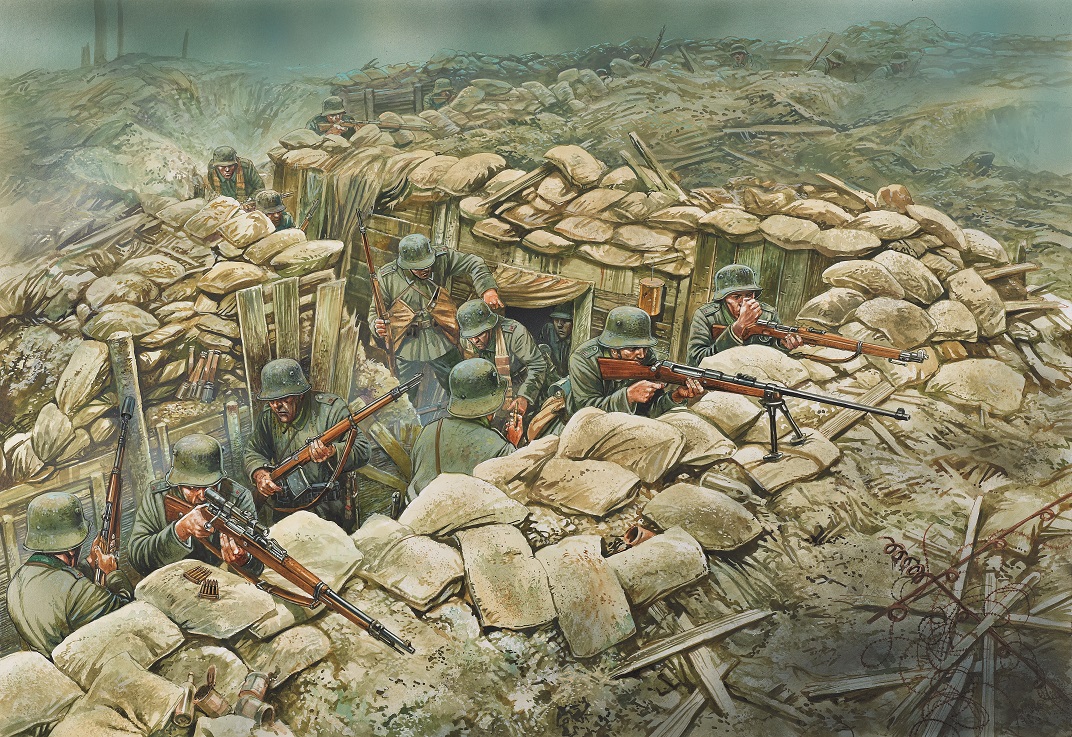 Lastly, the final piece of artwork comes from Weapon 70: The Ariska Rifle portrays a few of the Japanese infantry launching an attack on American troops on Guadalcanal on the morning of 21st August 1942. They are holding 6.5mm Type 38 and 7.7mm Type 99 Arisaka rifles with fixed Type 30 bayonets.