Last Days: Zombie Apocalypse: Seasons is a new supplement for Ash Barker's skirmish wargame of survival horror. It introduces a range of new features to the game. On the blog today, author Ash Barker explores the challenges survivors will face as the seasons turn to Spring.

Springtime is usually considered to be marked with a sense of new beginnings. The desolation of winter gives way to the emerging life of flowers, leaves and animals retuning to activity and there is a buoyancy to this eruption of life. 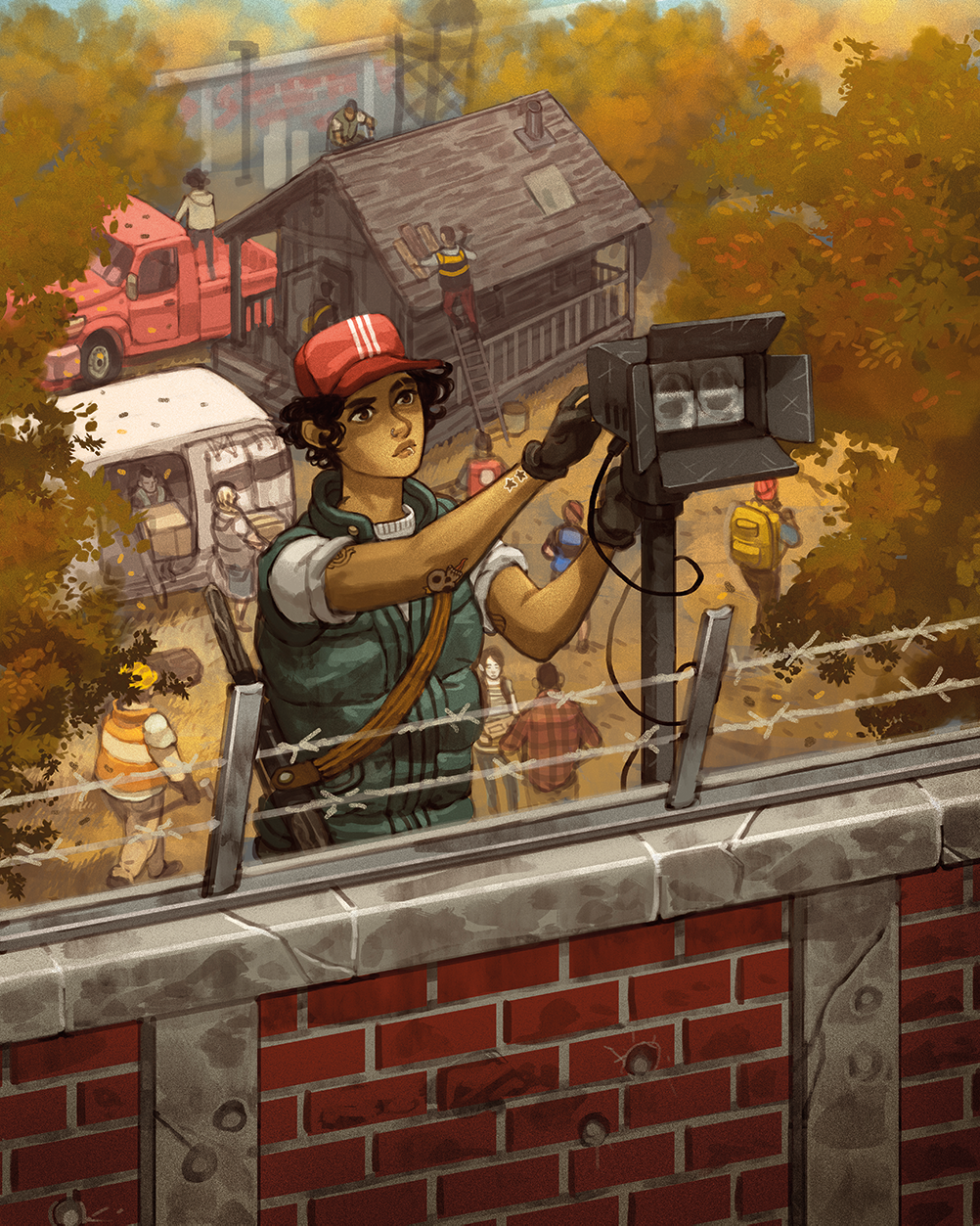 During my lifetime the challenges of winter would often seem to pale before the unpredictability of Springtime. A broken sump-pump in the basement of our family farm early in the year left us pumping two feet of water from the basement. Along with it were destroyed a great many stored bits of equipment that had been ‘safely’ put away for the season and which were now sodden or covered in rot. Even with modern conveniences I spent most of an easter weekend up to my ankles in freezing water, first emptying the basement with gasoline powered pumps and then hauling half ruined electronics, blankets, sleeping bags, boots and other gear out of the flooded cellar.

Now imagine you had no relief from this. Imagine it destroyed everything you’d worked the previous year to harvest, or build or collect. How would you recover? What would you do? Without maintenance the infrastructure that keeps even rural areas safe from these issues will break down rapidly and a secure and safe refuge or scavenging location might suddenly be gripped by nature’s cruel whimsy.

For survivors there will be the sweet relief of no longer having to manage cold. However, there is a chance that the winter overstays its welcome and an additional month of freezing temperatures extends into the spring. Add to that the possibilities of unpredictable flooding as melt-waters overflow rivers and dams and there is a real possibility of danger during this season.

Changing temperatures also bring with it the emergence of new bacterias and diseases. The undead will be festering with all manner of foulness that can make them deadly without ever having to bite, claw or even touch a Character while they are exploring.

These outbreaks of old or even new diseases or sicknesses may be totally invisible to the naked eye. How could one tell a rotting corpse carrying a virus from another rotting corpse that is not? This additional risk will mean Characters must be particularly careful with their encounters with Zombies. Worse still, someone sick in the Refuge can potentially pass their illness along to others, so be mindful of leaving characters untreated!

Whichever Season your Last Days: Zombie Apocalypse Campaign is set to being in, the year will unfold differently each time. No two Seasons Campaigns will be the same and once that year had ended your Gaming Group can choose to let their tales end there, or embark back through the Seasons once again!

Last Days: Zombie Apocalypse: Seasons is a new supplement for Ash Barker's skirmish wargame of survival horror. It introduces a range of new features to the game. On the blog today, author Ash Barker explores the challenges survivors will face as the seasons turn to Spring.