Last Days: Zombie Apocalypse: Seasons is a new supplement for Ash Barker's skirmish wargame of survival horror. It introduces a range of new features to the game, which author Ash Barker will be exploring on the blog over the next few weeks. Last week he gave an looked at the challenges posed by Summer, and this week we'll be looking at what you should expect in the Fall!

Oh Fall… the joyous time of unpacking sweaters and being inundated by something called ‘pumpkin spice’ in every major marketing avenue on earth.

I’ve always loved Fall as it marks the transition between two times of the year in Canada. The blazing heat of the summer gives way to a glorious riot of colour as the trees begin to lose their leaves and nature prepares itself for the grip of winter. 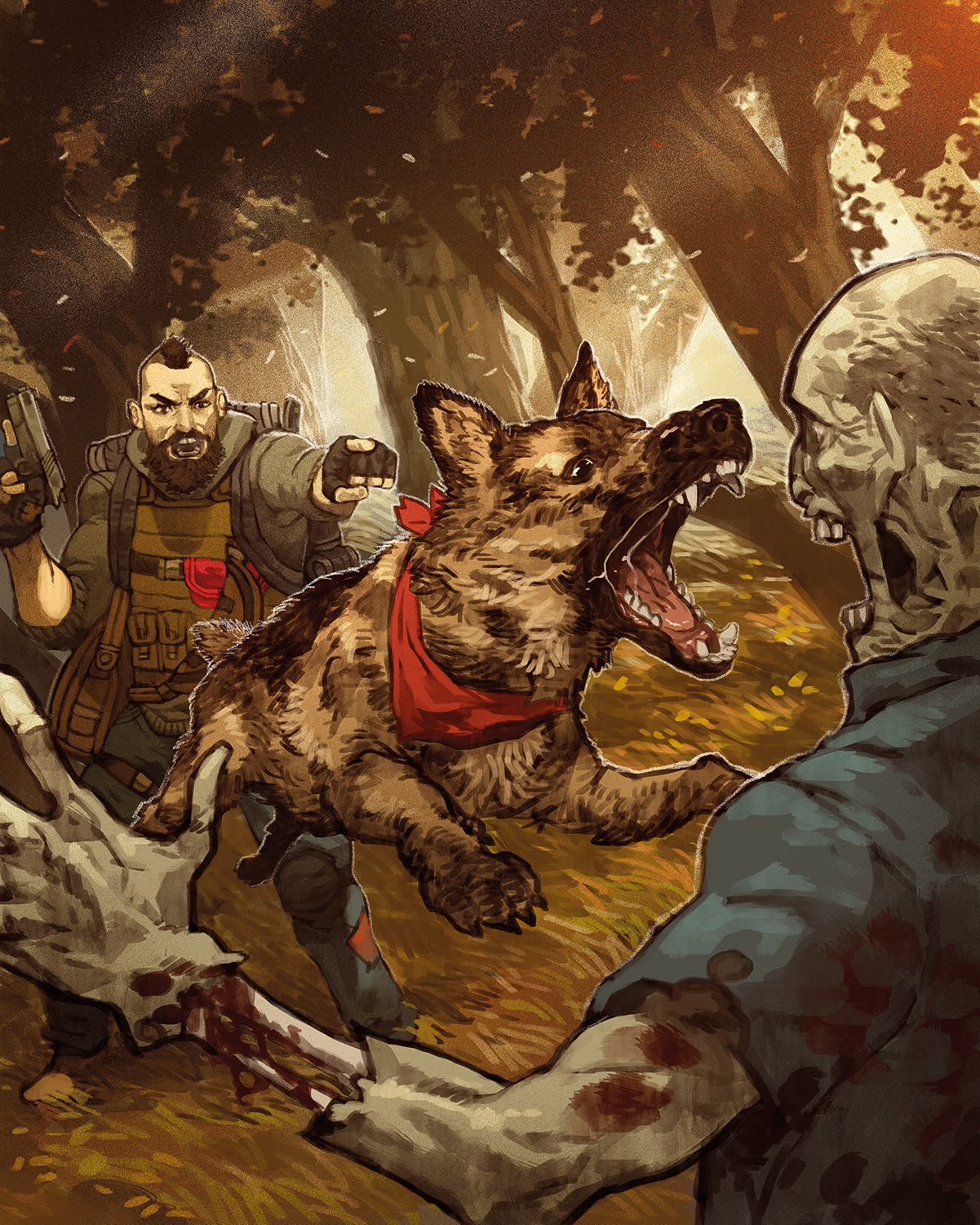 For a survivor group living without power, running water or other modern conveniences the changing of the seasons can be a reason to be filled with dread. Weather becomes more unpredictable. The nights become longer and the days shorter. The heat of summer potentially gives way at the end of the season to an early freeze. Rival Groups will become more hostile as they too being to feel the worrying onset of the end of the year.

Regardless of the challenges of summer, which may well linger into the Fall, this period will kick off a mad scramble of resource scavenging as not only will Hunger need to be managed (and still quite possibly Thirst), but also the coming Cold will put an immense drain on the resources the Group has available as they must heat the Refuge in addition to keeping everyone well, fed and defended from the Undead. Add to that the environmental dangers of unpredictable and deadly flash floods, tornados or even late-season snowfalls, ice storms and semi-congealed Zombies and there are threats that can creep into the final weeks of Fall and make Winter run even longer.

Savvy Leaders will look to find large scores of Resources during the Fall and build new Refuge Perks to help preserve Food so that precious resources can instead be spent on Fuel. There is also a unique Scenario entitled ‘The Reaping’ which allows for the Groups to attempt to ‘harvest’ the supplies and equipment of an overrun Enclave freshly killed by a horde of Zombies.

Fall can also be an excellent time to be amassing more specialist cold-weather equipment with which to better equip the Characters going forward. While trading in a Scavenge Token for a chance at a cool new weapon may seem like a good idea right now, that Cold Weather gear or Stove may come in extremely handy in the future.

Fall can be challenging, but how a Group performs during these months may well dictate how they survive the coming cold towards the end of the year. It may well pay-off to be Frugal in the short term in order to better survive the dark, freezing months that are ahead…

More about Winter next week!

Last Days: Zombie Apocalypse: Seasons comes out in September 2019 - preorder your copy today and get ready to face new challenges.