Publishing on 12 December, Paleomythic: A Roleplaying Game of Stone and Sorcery is one of the two launch titles for the new Osprey Roleplaying series. Written by Graham Rose, the game transports players to the land of Ancient Mu - a harsh, prehistoric world of biting cold winters, savage predators, and hostile tribes. Today, Graham is on the blog to tell us a little more about creating your characters for Paleomythic.

Characters in Paleomythic can be incredibly varied. They are defined using traits and flaws; adjectives that describe their qualities and foibles. A character might therefore be fortunate, guileful, resilient and strong, but also clumsy.

A character will have one or more talents. Talents encompass a number of concepts, such as character roles, abilities, experience, knowledge and training. A character might be a Barbarian, a Crafter, Fire Maker, Snake Charmer, Storyteller or Tracker. They might also be a Summoner-Priest, a Warrior-Shaman, a Seer-Mystic or even a Feral-Doomsayer-Savage. Talents can confer useful and practical skills. Characters travelling for long periods will find a Gatherer a very useful companion when food becomes scarce, and a Fire Maker will help to protect the adventurers from bitter winds and the cold of the night.

Talents can also grant strange and uncanny abilities, such as the ability to command animals (the Beast Tamer talent) or the ability to summon animal spirits by painting on cave walls (the Cave Painter talent).

Then there are the eerie and disturbing talents; like the Soul Eater, who can steal the abilities of the dead, the Effigy Maker, who can animate figurines to do their bidding, or the Shaman, who can travel into the realm of the dead.

To enhance the setting experience and atmosphere, characters can be described like a person in a story, rather than with numbers and statistics. This is a Paleomythic character, ready to play:

Nahmuna, a young female who is agile, brave, dexterous, resilient and wilful. She is a talented fire maker that grew up fascinated by the work of the tribal crafters, and is the survivor of a plague which killed many others.

Nahmuna is slender, lithe and sports a few scars from past fights. She carries a bag containing rope, a gourd, a fire maker, oil and a rushlight. She has a bone knife tucked into her belt. Nahmuna wears a hide hat, a simple tunic and shoes. 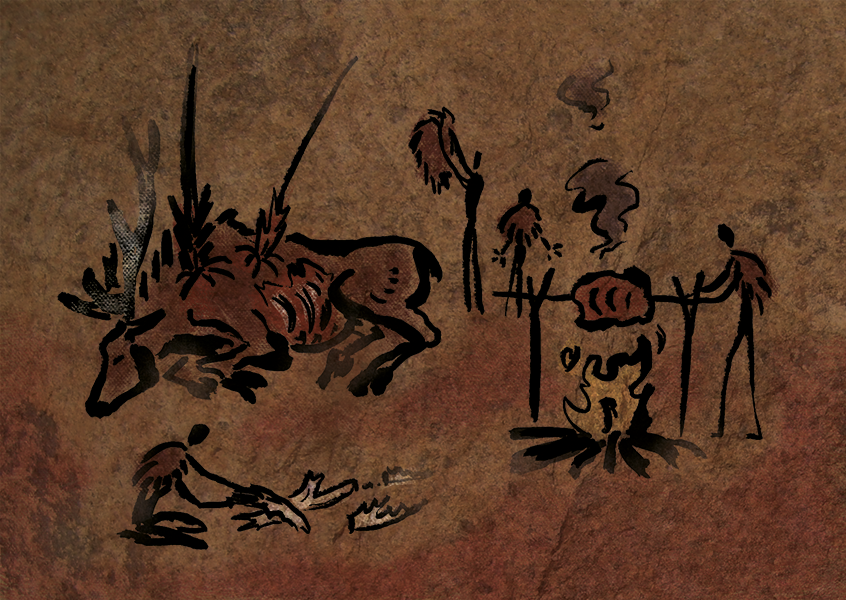 Eager to start your adventures in Ancient Mu? Preorder your copy of Paleomythic: A Roleplaying Game of Stone and Sorcery today!