Today on the blog, author Jeffrey Cox discusses his new book Morning Star, Midnight Sun, his approach to writing, and making his books more accessible to readers. His new book about the gripping story of the first Allied offensive of the Pacific War is now available to order!

When I write, I often go to a restaurant or bar, plop myself down with my laptop, get a (lot of) Diet Coke, and start to work. I feed off the energy of the crowd around me, and I don’t have to contend with my Feline American roommates who have their own ideas about what to do with my laptop. On more than a few occasions, I’ve been startled to find people reading over my shoulder. A few times they’ve even asked me to scroll up or down so they could read more of what I’m writing.

Some of them like history; some of them don’t. But they like what they see of my style of history writing. People who don’t like history often complain that history is “boring.” Having gobbled as much military history as I could get my hands on starting in the 4th grade, especially World War II, ancient Greece and Rome, Hastings, and the US Civil War, I’m mystified by such a complaint. But, then, my idea of light reading is the Naval War College’s analysis of the Battle of Savo Island, so I’m obviously an outlier. Anyway, I believe their complaint stems not from history itself, but the way history must have been taught to them, and the way it was presented in the history books (especially text books) they’ve read.

I understand a lot of history teaching and writing follows an old journalistic mentality: who, what, where, when, why. A great deal of excellent history writing has been done this way.

And yet, in a sense, such a mentality may do a disservice to history – and, particularly in military history, to the men and women who fought, suffered, and died. It may leave people believing that history is boring; dry; just names, dates, places, events. Who, what, where, when, why.

Perhaps nowhere else in history is the idea of telling a story more important than in the subject of Morning Star, Midnight Sun: what I’m calling the Guadalcanal-Solomons Campaign. It was a grueling, grinding, seemingly interminable tug-of-war that started when the Allies landed on Guadalcanal and Tulagi in the lower Solomon Islands in August 1942 and basically ended with the final isolation of Rabaul in February 1944. With Guadalcanal and the Solomon Islands serving as the rope. The Campaign was unique in that it was a series of ebbs and flows. Like a war within a war. The Allies would hold the upper hand, then the Japanese would hold the upper hand. Back and forth.

Perhaps the ebb and flow of the Campaign is appropriate inasmuch as, at its core, the very island of Guadalcanal is a lie. As more than one author has pointed out, Guadalcanal looks like Paradise but is more like Paradise Lost; I call it “Pandaemonium,” John Milton’s capital of Hell. From offshore Guadalcanal looks like sun, warmth, palm trees, beaches. The reality is rain, mold, mosquitos, malaria. The writer Jack London, who wrote of his trek through the Solomons, famously said, “If I were king, the worst punishment I could inflict on my enemies would be to banish them to the Solomons.”

And the Guadalcanal-Solomons Campaign, while not itself a lie, did lie. Early and often. What looked like victory one night would become a defeat in retrospect. And vice versa. The Americans would think they held the upper hand; but the Japanese would hold the upper hand 24 hours later. Or vice versa. Or not even 24 hours later. Rather famously, control of the seas around Guadalcanal changed with the sun. When the sun was up, the Allies, under the American Stars and Stripes, were in control. When the sun was down, the Japanese of the Rising Sun were in control. Hence the title: Morning Star, Midnight Sun.

Even though this book is not your usual history, I like to think I’ve put something in Morning Star, Midnight Sun for everyone – history lovers, military veterans, and newcomers to military history. As many naval and air engagements, big and small, with as much detail as I can cram into this book; that’s why we again have dozens of pages of end notes citing sources and why we’ve had to break the Guadalcanal-Solomons Campaign into two volumes. The story includes the oddities, the ironies, the bravery, the stupidity, and the occasional brilliance that give history its color and can show the newcomer to history why it is worth learning. 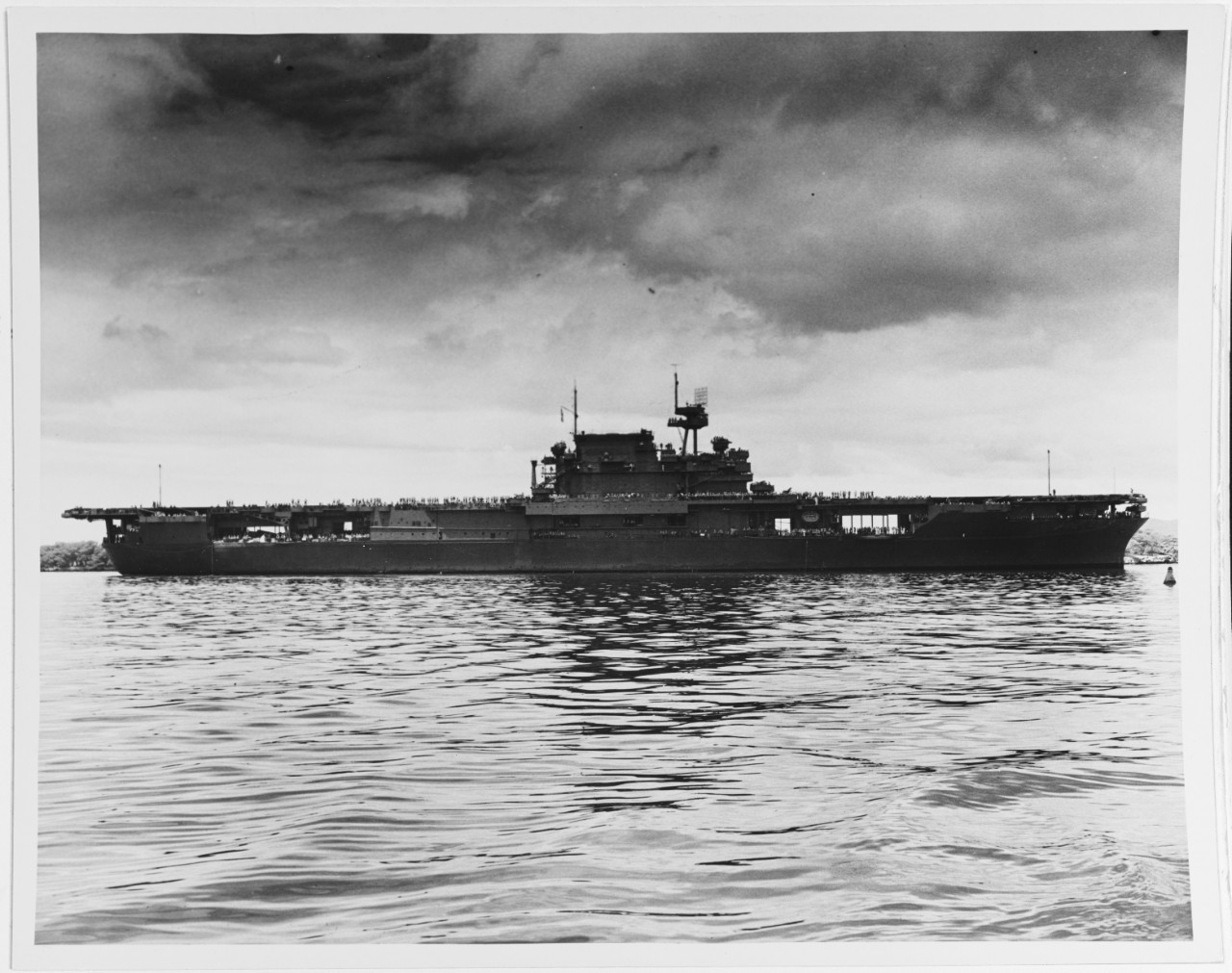 The carrier Enterprise enters Pearl Harbor on May 26, 1942, shortly before the Battle of Midway.
Source: Naval History and Heritage Command.

To make Morning Star, Midnight Sun, like Rising Sun, Falling Skies, approachable for the newcomer to history, I have tried to keep military and nautical terminology to a minimum. For instance, “CINCPAC” and “COMSOPAC” are typical military acronyms for this part of the Pacific War, but they may intimidate a new history reader into thinking this book is only for those with military experience. For that same reason, I use 12-hour civilian time and I try to identify task forces, for example, not by their number but by their commanding officer or their major ship like the Enterprise or Washington. I do give information for ship courses, like “90 degrees True,” which is 90 degrees from True North, or due east, but I try to define them for the reader. It is much easier for one with military experience to understand civilian terminology than for a newcomer to history to understand military jargon. For history, especially military history, to be remembered by society, it must be shared by all.

The Guadalcanal-Solomons Campaign (the plan is to cover the lesser-known battles in the upper Solomons in the second volume) was pivotal in the Pacific War. It was the first Allied offensive in the Pacific, but it was also much more. It was taking the initiative, in more ways than one. It was the changing of a mindset. From passive to active. From seeing the Japanese as superhumans who stormed across Asia and the Pacific seemingly with ease to seeing the Japanese as human beings with strengths and weaknesses who can be beaten. From officers who mastered the bureaucracy of peacetime to officers who could handle the complexities of combat, a process that was painful and costly in the extreme. From waiting for the enemy to strike us next to deciding when and where we would strike the enemy next. 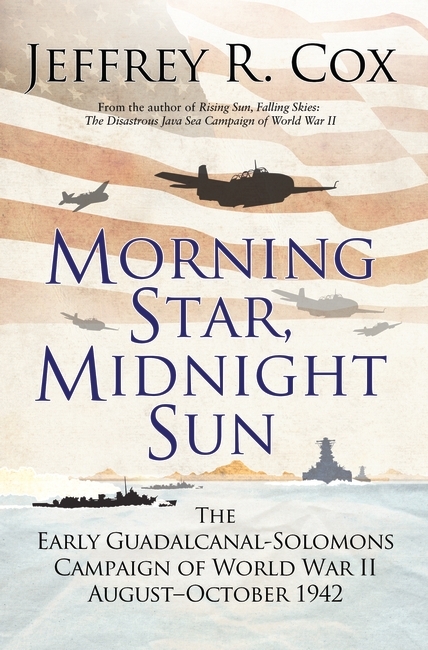 Yes, I mean “we.” The Americans, the Allies. Every book, every author, has biases, whether they admit to them or not. I have mine. And I try to make mine obvious, for only then can the reader truly judge the validity of the opinions expressed here. In the Pacific War, the US, Britain, Australia, New Zealand, etc. were the good guys. The Imperial Japanese were the bad guys; even if certain individuals like Mikawa Gunichi were honorable, they were fighting for a bad cause. I try to emphasize the different environments of the Japanese and Americans for the reader by, for instance, giving the Japanese designation “Mitsubishi G4M Type 1 attack bomber” in sections taking place in Japanese settings, and the Allied reporting name “Betty” in Allied settings. Or referring to Henderson Field on Guadalcanal as such in Allied settings, but calling it the “Lunga airfield” or “Guadalcanal airfield” in Japanese settings. I try to give both sides of the story, but I make my opinion – the opinion of an attorney sitting safely in a chair with a laptop almost 80 years removed from the events described herein, it should be emphasized – obvious to the reader.

That is just one of the ways in which Morning Star, Midnight Sun, like Rising Sun, Falling Skies, is not like the typical history book. I have opinions, often blunt opinions. They are in the book. So is humor, snark, sarcasm. Flavor. That is history. I like vanilla ice cream, but history is not vanilla and, hopefully, neither is this book.

Morning Star, Midnight Sun is written like a novel. It is written from the assumption that the reader does not know about Guadalcanal or the Solomons or their impact on the Pacific War, and many of the younger generations do not. In writing this history book like a novel – “narrative non-fiction” is one way to describe it – I try to get the reader to feel, to taste, a little of the drama, the mystery, the tension, the shock, the fear – the ebb and flow – of the Campaign. At least as much as one can in a book. And hopefully to draw more new people, especially the younger generations, into the exploration of history.

For the sacrifices made by the men discussed in this book to be remembered by society, it must, as I said earlier, be shared by all. It is by this remembrance, perhaps more than anything else, that we can say to our veterans, “thank you!”