We are delighted to announce that Dennis Showalter, author of Instrument of War, has been awarded the Pritzker Military Museum & Library Literature Award for Lifetime Achievement in Military Writing.  Please see below for all the details:

The Pritzker Literature Award—which includes a gold medallion, citation, and $100,000 honorarium—recognizes and honors the contributions of a living author for a body of work dedicated to enriching the understanding of military history and affairs. Museum & Library Founder & Chair Jennifer N. Pritzker, a retired colonel in the Illinois National Guard, will formally present Showalter with the award at the organization’s annual Liberty Gala on November 3 at the Hilton Chicago, where he will be joined by past recipients.

“It’s a great honor to accept the 2018 Pritzker Literature Award. For the historical profession it is a combination of an Oscar and a Pulitzer and I think it’s a good deal more fun than either,” said Showalter. “No one who wins this award does it alone. We stand on the shoulders of the men and women of our profession, our colleagues, and above all the students…The importance of teaching history at military academies and advanced institutions is that the tendency of these institutions is to go towards engineering, technical subjects, and to be focused on specific strategic problems. Military history itself is as vital to the military education institutions as oxygen.” 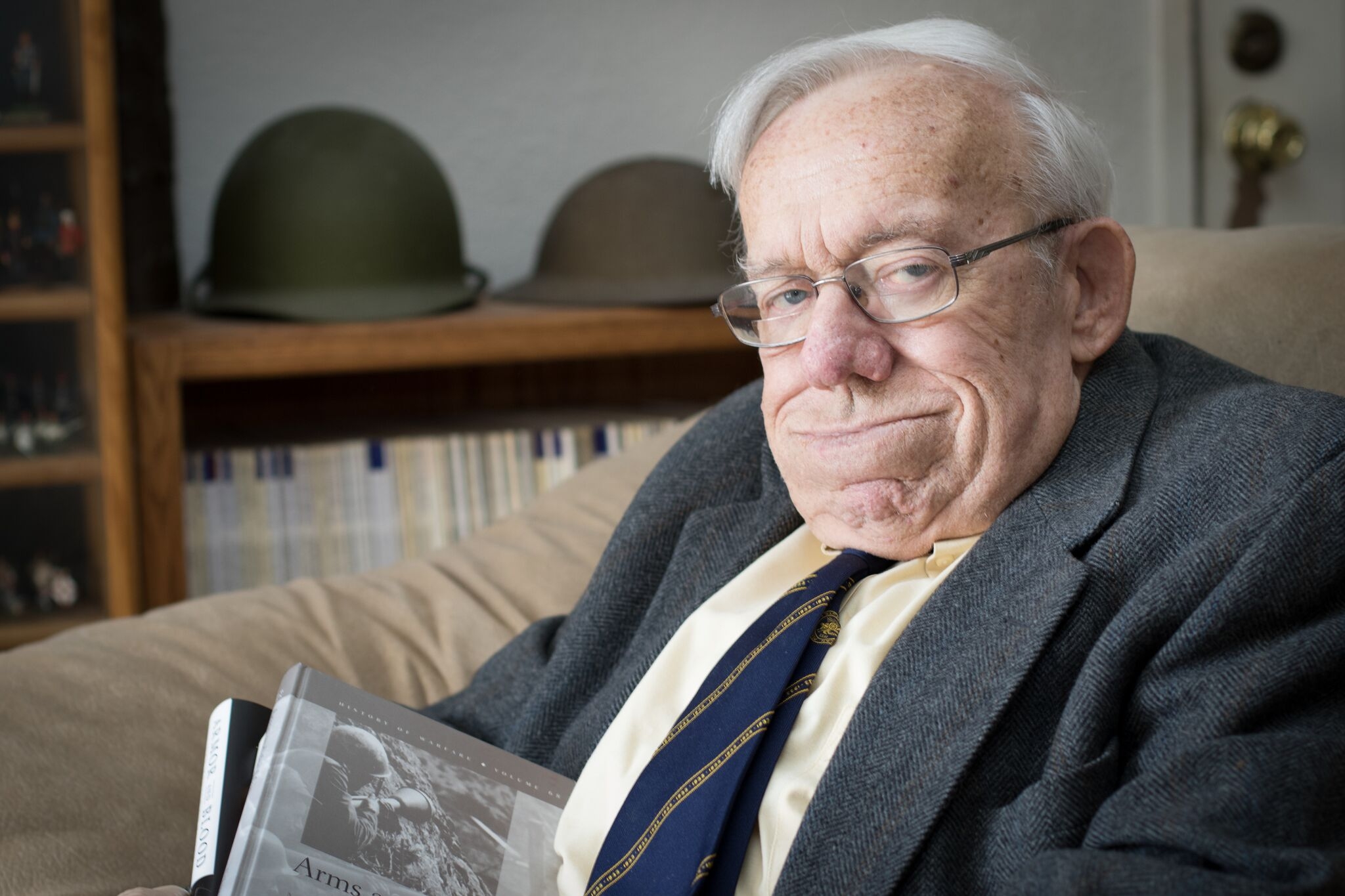 Dennis Showalter is an accomplished military historian and respected professor. He is the author of more than 16 major publications, including Tannenberg: Clash of Empires, Patton and Rommel: Men of War in the 20th Century, Armor and Blood: Kursk, 1943, Frederick the Great: A Military History, The Wars of German Unification, and Instrument of War: The German Army 1914-18.  His latest book, coming in September, is The German Failure in Belgium, August 1914, with Joseph P. Robinson and Janet A. Robinson. He has gained recognition for his research demonstrating the interrelationship between the military and civil society.

“Dennis Showalter was selected by Colonel Pritzker from a group of three superbly qualified and eminent military historians that were picked by an advisory committee of past award winners and members of the PMML board,” said Chair of the Selection Committee, John Rowe.  “The committee’s recommendations and Colonel Pritzker’s selection were driven by Mr. Showalter’s long and brilliant record of writing, especially about World Wars I and II.  Members of the committee are especially motivated by innovative intellectual contributions to the field.  Colonel Pritzker is equally motivated by genuine public service and by the accessibility of the writer’s work to a wider public audience.  Speaking for myself, I have enjoyed and been informed by Showalter’s work and am delighted that the list of deserving candidates for the award continues to grow as we work together.”

A graduate of the University of Minnesota, Showalter is Professor Emeritus at Colorado College, and a former President, Vice President, and Trustee of the Society for Military History.  He has served as Editor or Editor in Chief for a variety of military history journals and book series, including Oxford Bibliographies: Military History.

A recipient of the Samuel Eliot Morrison Achievement Award from the Society for Military History and the American Historical Association Paul Birdsall Prize, Showalter is a distinguished scholar who has elevated military history as an academic discipline and as a useful tool for scholars and soldiers alike.

The Pritzker Literature Award is sponsored by the Pritzker Military Foundation. To learn more about the award or the selection process, or to watch the 2008 Literature Award recipient, Allan Millett, announce Dennis Showalter as this year’s winner, visit pritzkermilitary.org.

About the Pritzker Military Museum & Library

The Pritzker Military Museum & Library is open to the public and features an extensive collection of books, artifacts, and rotating exhibits covering many eras and branches of the military. From its founding in 2003, it is a center where citizens and soldiers come together to learn about military history and the role of the military in a democracy. The Museum & Library is a non-partisan, non-government information center supported by its members and sponsors. 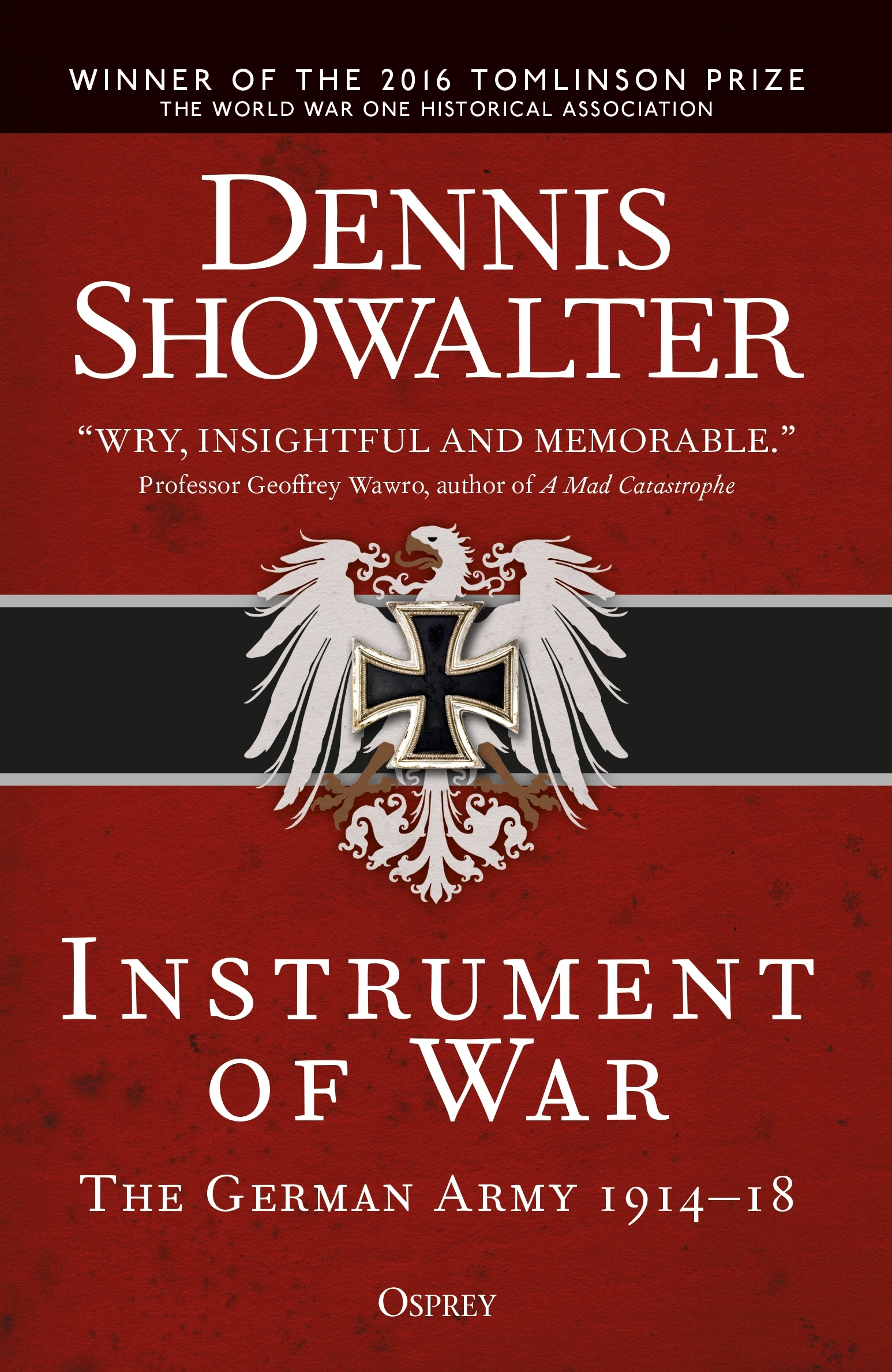 Publishing this month in paperback, Dennis Showalter’s Instrument of War is a collection of more than a half-century of research and teaching. In this fresh perspective on the German Army during World War I, Showalter explores the internal dynamics and operational strategy, and shows how both the army and Germany itself were changed by war.

This illuminating volume details the major campaigns on the Western and Eastern fronts and the forgotten war fought in the Middle East and Africa, and has been awarded the 2016 Tomlinson Prize by the World War One Historical Association.

Praise for Instrument of War:

‘America’s leading historian returns to his speciality, the German army, and provides a first rate study, at once accessible and scholarly, that focuses on the strengths, resilience and eventual failure of the army during the First World War. A deft mix of the varied levels and experience of war.’ – Professor Jeremy Black

Congratulations to Dennis on this outstanding achievement. To read more about the award, please click here, and to order your copy of Instrument of War you can click here.