Michael Leck is back on the blog with a look at the different troop types in Rebels and Patriots, the upcoming wargame he has written with Daniel Mersey. This blog is adapted from one originally found on Michael's personal blog.

I guess you might want to start building your forces for the release of Rebels and Patriots, so I thought it would be a good idea to talk a little more about the different Troop Types we use in the rules.

As with other rules from the Rampant family, we use generic troop types to represent the different units you can field in your game. They certainly are generic, and you might have to think for a moment about how best to depict and represent the specific troops fielded in the conflict you are building a force for.

Most of the miniatures shown in the pictures are from my Mexican-American War 1848 force that I started up as my playtest project for Rebels and Patriots. The models are Perry American Civil War and Napoleonic, as well as Victrix Napoleonic plastic that I converted into Mexicans and Americans. The natives are from Galloping major. Now on to the troop types!

First we have the basic footsloggers that make up most forces during the major part of the period covered by Rebels and Patriots; the Line Infantry! They are most often fielded in units of 12 miniatures and they have access to the longest list of Unit upgrades of all Troop types in the game, so it will be possible for you to tailor them to create the perfect Unit for your force. We have also included two “specialist Line Infantry” Troop types; the Light Infantry and the Shock Infantry. They are both specialisations of the Line Infantry that we felt needed their own Troop type to best represent their special training and function. Both would usually be fielded in Units of 12 miniatures, with several Special rules that make them stand out in their own way and better represent their special tasks during a battle, but these come at a cost. 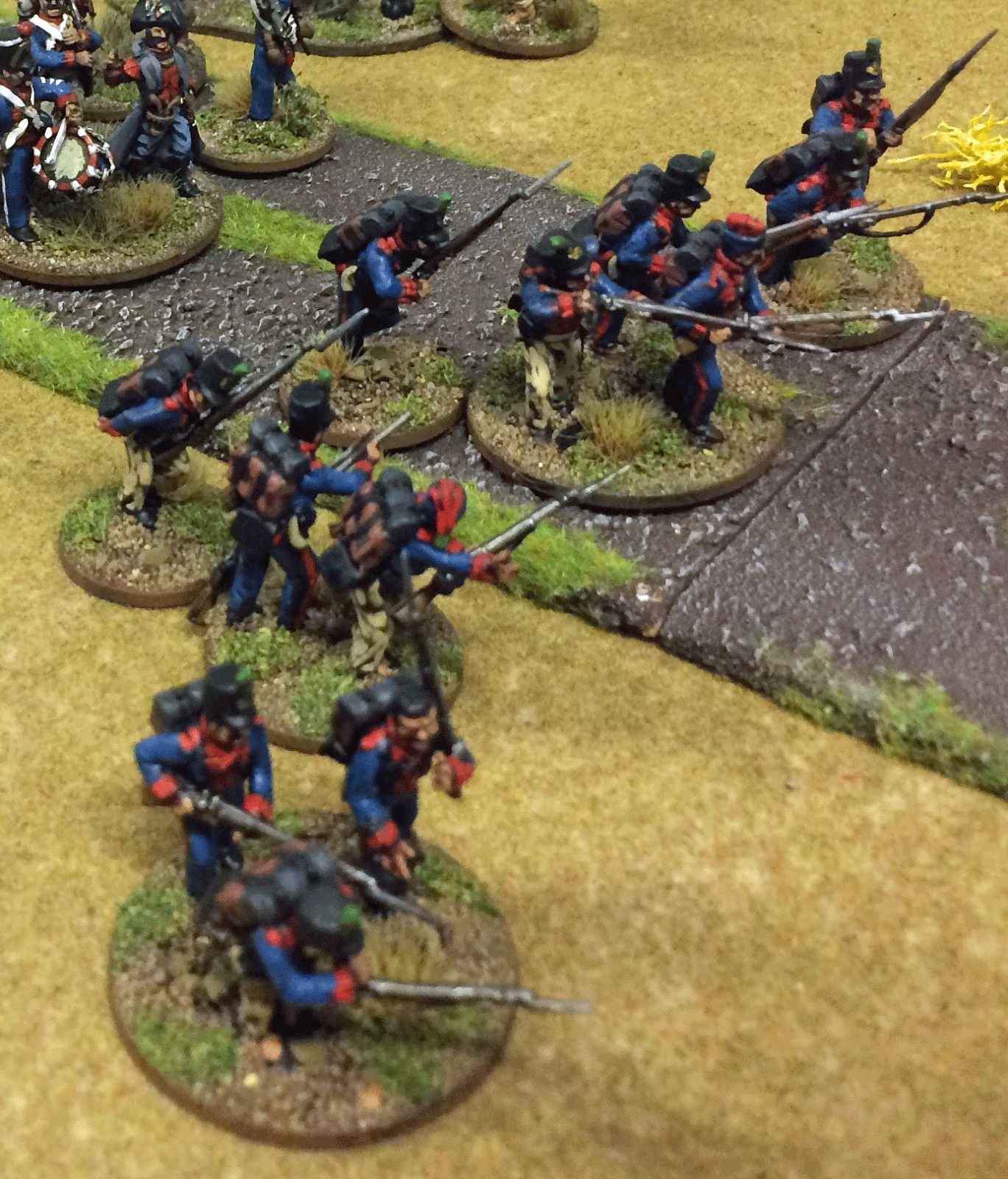 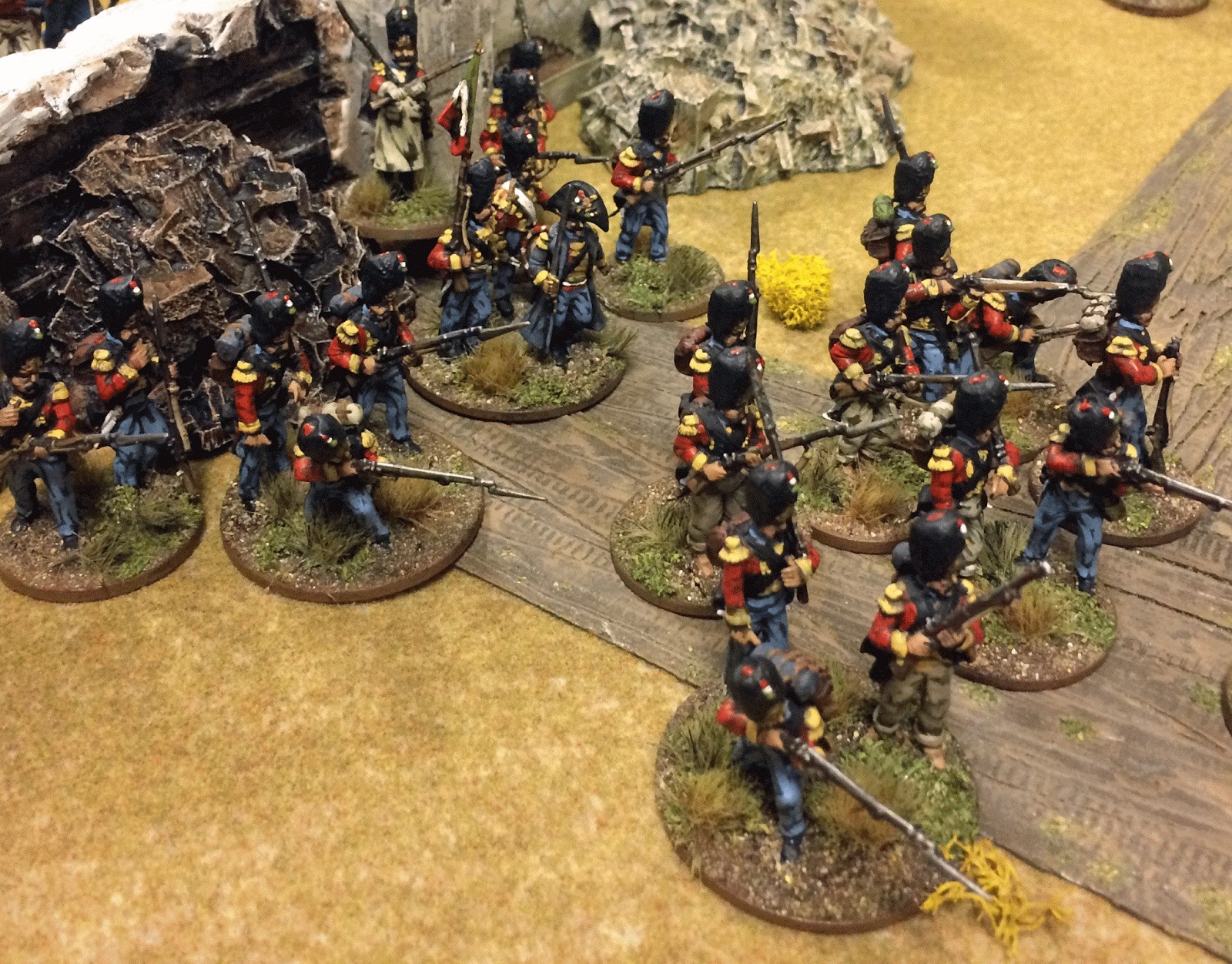 Skirmishers have always had a place on the Horse and Musket battlefield, and can also be found in the Rebels and Patriots rules. The Troop type Skirmishers can represent either trained regulars that are sent out as a picket / skirmish line whose main tasks is to protect the Line Infantry, or as Irregular Troops that harass regular troops taking potshots from cover. Either way, they are fielded in units of 6 miniatures. 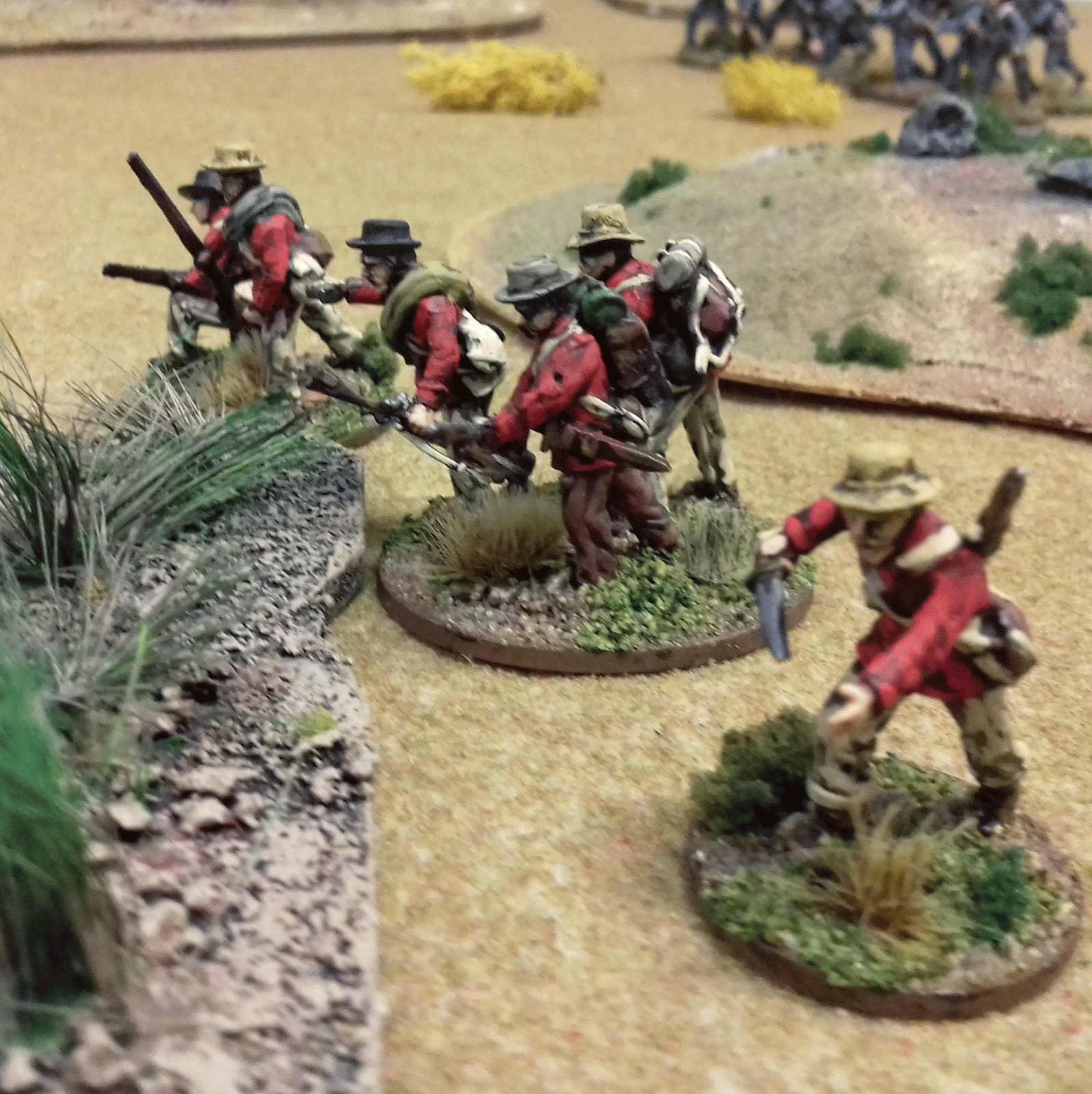 The last of the true Infantry Troop types are the Natives, who fight in irregular loose-order warbands that mainly focus on hit-and-run tactics, waiting until the enemy are withered down and then moving in for the final assault. If you want your Natives to hide in the forest taking well-aimed shots you might consider fielding them as Skirmishers instead. Natives are most often fielded in units of 12 miniatures. 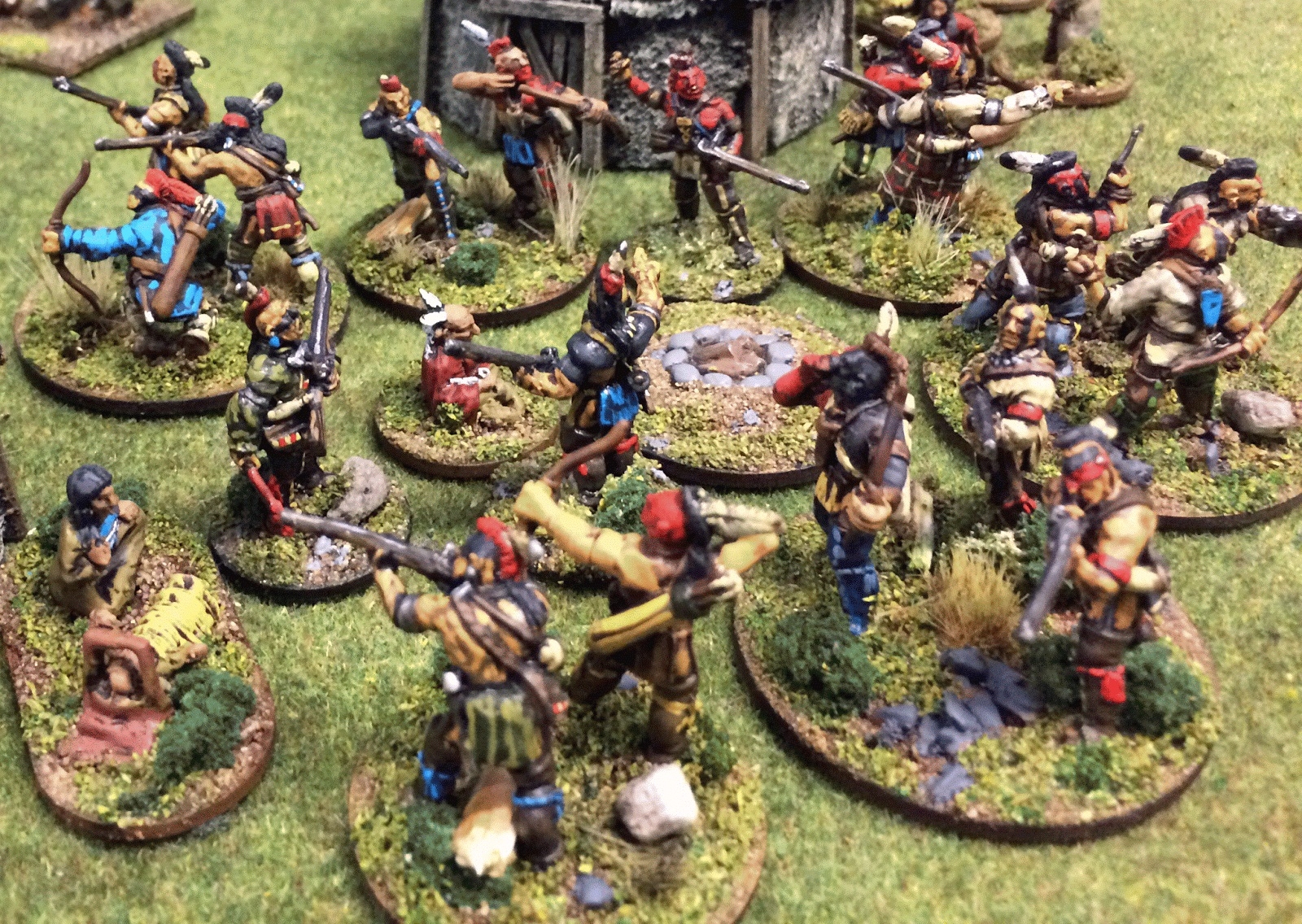 Even though the rules focus on small scale action where Artillery probably didn’t have any great impact, we have included the Artillery Troop type in the rules. These are subdivided into Light, Medium, and Heavy artillery and are normally fielded as 1 gun with 4 crew. The last Troop types are the Cavalry. The terrain features of North America meant that Cavalry didn’t have quite the same impact on warfare as it did in Europe, so most Cavalry are represented by the Light Cavalry troop type. They are fielded in units of 6 miniatures. 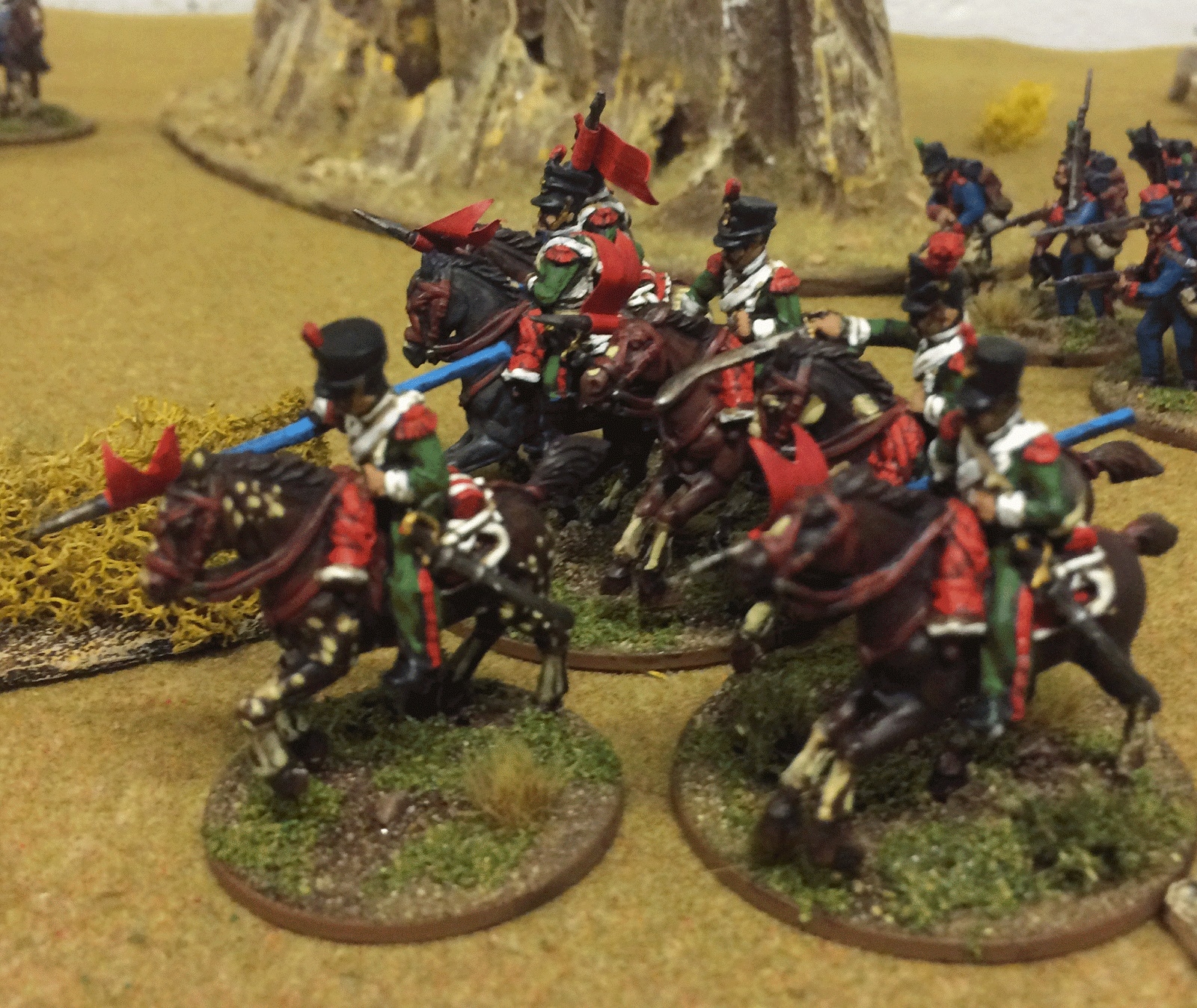 If, for example, you are looking for the iconic American Mounted Riflemen you will find him as a unit upgrade in the Skirmish Troop type.

I hope my short introduction to the different troop types can help you as you start to draft your Rebels and Patriots forces.

Rebels and Patriots brings you the rules to recreate the battles that forged a nation, from the French and Indian War, through the War of Independence and the War of 1812, to the Alamo and the American Civil War. The game will be available from 24th January - preorder your copy today!