This year is a very special one for Warship, as Warship 2018, publishing 31 May, is the 40th edition of the journal! Today on the blog we are joined by Warship editor John Jordan, who discusses the annual's history, looking at its beginnings, its changes, and its successes, which is perfect for loyal fans and newcomers to this impressive series.

When the first issue of Warship was published in January 1977, founding Editor Antony Preston wrote these words about the focus and aims of the journal:

Warship is a lively quarterly journal devoted to the design, development and service history of combat ships. The scope is truly international, unlimited by period, nationality or ship type, although initially the emphasis will be on the major navies of this century and World War 2 in particular.

Detailed and accurate information is the keynote of all articles – fully supported by plans, tables and photographs – and it is the aim of Warship to encourage an original approach to popular subjects as well as to cover the unusual and little-known aspects of warship history. 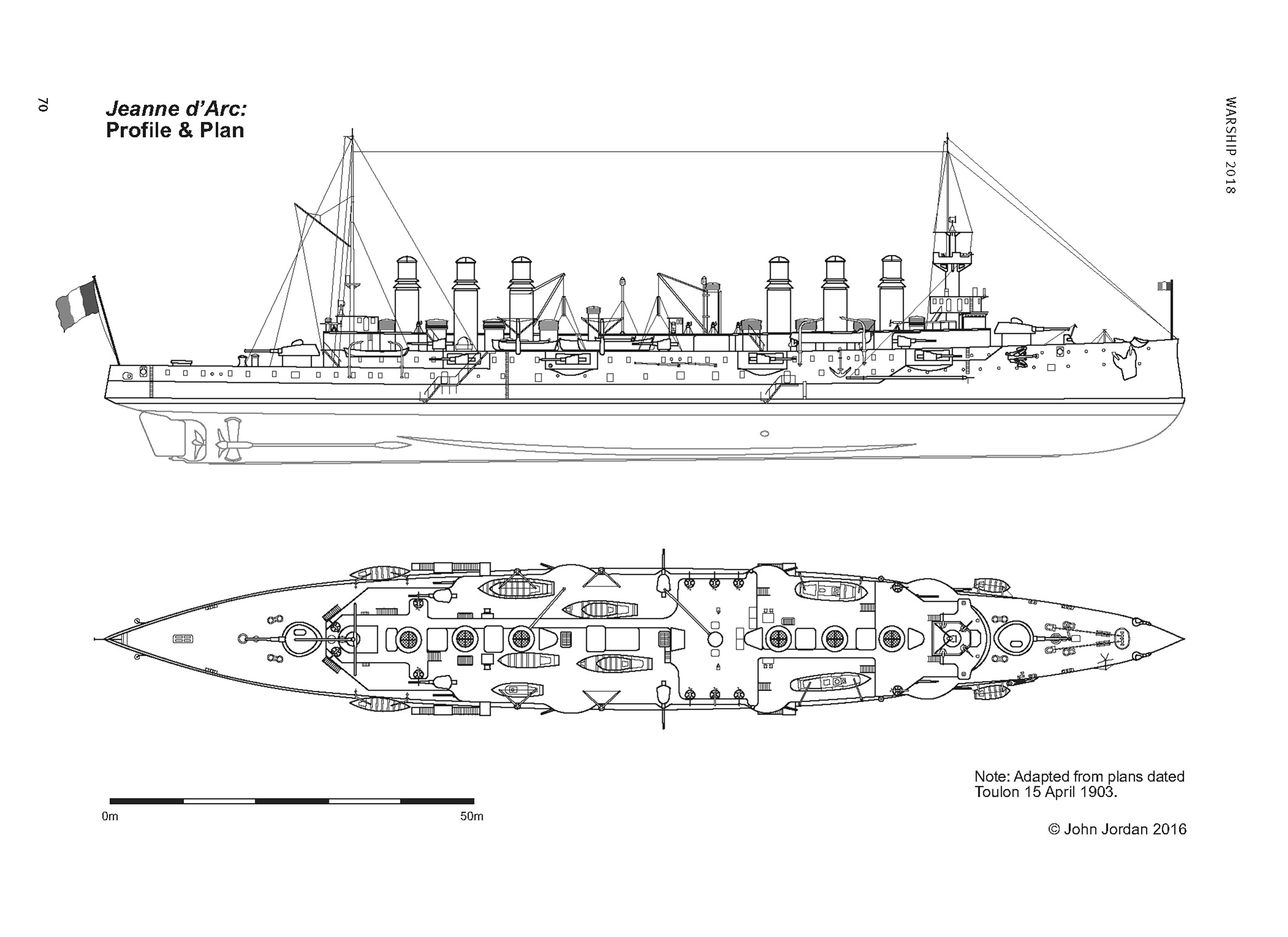 An example of a profile and plan featured in 'Under the Guns' by William J Jurens (Warship 2018).

Since those early days there have been many changes at Warship: changes of editor, changes in organisation and layout, and an important change in format which took place in 1989 when the pressures of specialist publishing meant that the quarterly was discontinued in favour of an annual publication. The focus and aims of the journal, however, have remained essentially unchanged, and many readers and subscribers (including the current Editor and Assistant Editor) have remained with Warship throughout its forty years of life.

One of the great strengths of Warship has been the access and responsiveness it provides to the enthusiast, whether as contributor or reader. Long before the Internet had become the democratic force that it is today, Warship gave amateur experts and would-be authors alike the opportunity to ‘post’ their latest piece of in-depth research, and the readership was able to enlarge on or to correct the information in published articles in a section called A’s & A’s. Some of the contributors to the early quarterlies were already established authors; others would become established authors as a result of their association with Warship. A number of our readers have subsequently become contributors. 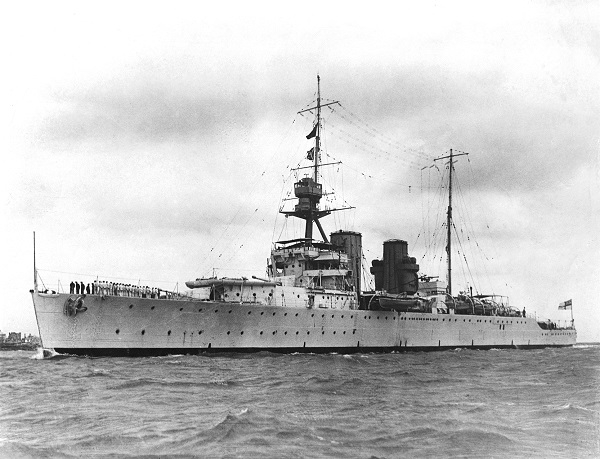 It remains the case that the editorial team of Warship does not by and large ‘commission’ articles – although regular contributors will often present us with a menu of possible topics for us to choose from. The strength of the annual therefore lies in the variety of material, which covers every possible type of warship from the era of steam to the present day. Regular subscribers often tell us that they eagerly await publication to see what ‘goodies’ they will find, and that they spend weeks (even months!) ploughing through the material, starting with the articles that first catch their eye and then working through the rest of the annual. The big advantage Warship has over some of the websites which exist for enthusiasts is that there is a strong editorial team which can act as a ‘filter’, weeding out drafts submitted for approval which do not meet our high standards, and suggesting improvements and modifications to other potential contributors. We consider this ongoing dialogue between ourselves and our contributors, and between editorship and the readership to be a key process in the development of the annual. 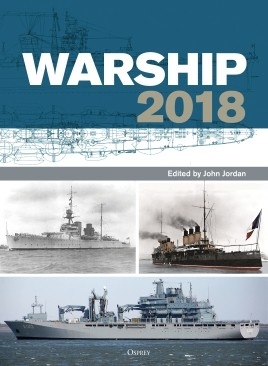 Like any journal with a lifespan of forty years, Warship has had to adapt to survive in the marketplace. In 1977 the postwar years constituted recent history; forty years on, virtually all the warships built during the 1950s – and even the 1970s – have long gone to the breakers. Data about their design and construction which were not available when the first quarterlies were published are now firmly in the public domain. The time-span of our coverage has shifted accordingly. Next year, for example, we will be publishing an article by Michele Cosentino about the Italian Navy’s attempts to acquire a nuclear-powered attack submarine during the 1950s, supported by plans and documentation which have only recently become available.

The nature of our coverage has also shifted slightly. The major warship types of the Second World War which were very much the staples of the early quarterlies have now received such extensive and detailed coverage in Warship and elsewhere that we have begun to look at new angles in which the ‘why’ becomes equally important to the ‘what’ and the ‘how’. This year’s annual sees the publication of a pair of major articles on the Battle of the River Plate. The first is a critique by historian Dr Alan D Zimm of the tactics adopted by the British Commodore Henry Harwood and his German adversary, Captain Hans Langsdorff, while the second, by ballistics authority William H Jurens, looks in detail at the damage sustained by Graf Spee using contemporary British and German reports and plans, some of which have only recently seen the light of day. There are also now far more articles on warships during the period 1850 to 1914 than was formerly the case. Next year sees the first in a series of articles by Philippe Caresse on the five battleships of the notorious Flotte d’échantillons (‘fleet of samples’) which entered service with the French Navy during the mid-1890s.

The late 1990s and early 2000s was a difficult time for Warship, marked by considerable slippage in publication dates due largely to a series of changes in the ownership of Conway, and the associated changes of office premises and of in-house editorial and production staff. However, since the appointment in 2004 of a new editorial team fully committed to the ideals that Antony Preston set for the journal, Warship has not only recovered lost ground but has gone from strength to strength. Publication has been progressively brought forward from July to May, and a long-term decline in sales been reversed. Many new authors, some with an international reputation, have come on board, and we can approach the future with confidence.

John Jordan is a former teacher of modern languages. He is the author of two major books on the Soviet Navy, and has recently co-authored a series of books for Seaforth Publishing on the French interwar navy: French Battleships (2009) with Robert Dumas, French Cruisers (2013) and French Destroyers (2015) with Jean Moulin, and French Battleships of World War One (2017) with Philippe Caresse. He is also the sole author of Warships After Washington (Seaforth, 2011). John has been associated with Warship as a contributor from its earliest beginnings and took over the editorship in 2004.

Stephen Dent has been a Warship reader since the very first issue of the quarterly in 1977. Twenty-two years on, after nearly a decade in the publishing industry, he found himself working on the annual, initially as designer before, in 2004, with the establishment of the current editorial team, adding the role of Assistant Editor. As well as his work on Warship, Stephen has contributed to many other books and periodicals, as designer, editor or illustrator, including co-editing Conway’s War at Sea in Photographs (2007).