Martin Boisselle, the designer behind Star Cartel, talks about his approach to game design and how he came to create the space trading game.

I get my ideas for games from different sources. A simple documentary on spinach farming in New Zealand may trigger an innate desire to translate that theme into a game, for example. I tend to control these urges, but sometimes, when the impulse is too strong, the game designing part of my brain just kicks in ferociously.

The first part, as described above, is finding a theme, a perspective, a setting. Once that is set, I’ll try to deconstruct it into smaller parts. Each of those parts needs a mechanism to translate it to the game state, and now that we have more and more designers pushing the envelope of game design, that language (mechanisms) is far more complex than it used to be. Ten years ago, new mechanisms were rich in possibilities, but these days it’s hard to find a brand new idea. Usually it is a riff on an old one. 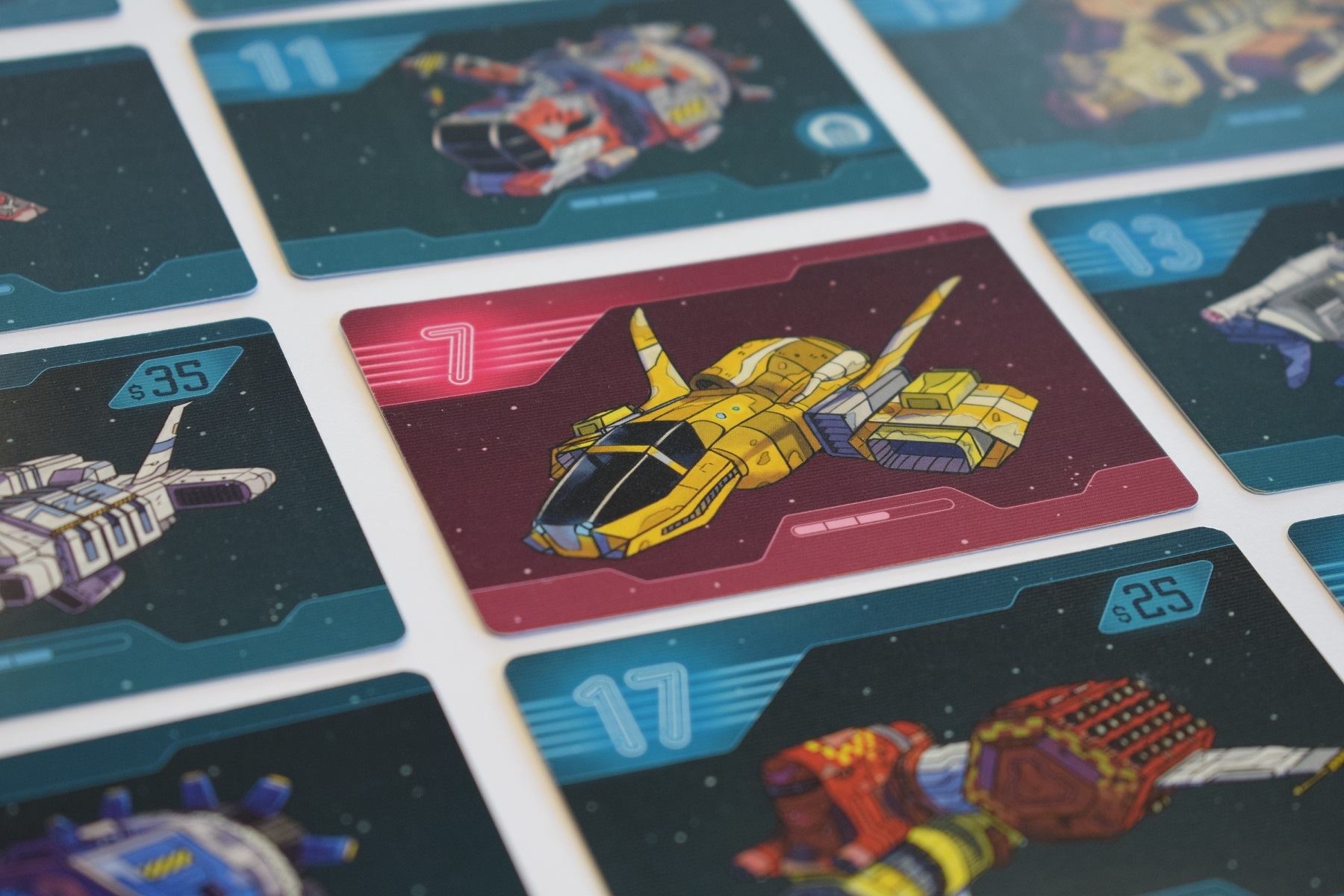 One mechanism that I enjoy using is the stock market. Cardtainer (the original name of Star Cartel) had to have one, since it was one of my goals with the design. There are many different types of stock markets: linear, bi-dimensional (18xx), random manipulations, player manipulations… I didn’t want a random element in the stock market. Players should be able to manipulate it via their choices. Games like Stockpile use cards to influence the market, where some cards are known to each player while one card is revealed at the end of the round to further manipulate the market. I find that sort of influence less interesting, as randomness should never dictate the finality of the game. It can present interesting situations where players can react to it, but should never resolve anything.

With the stock market, having “objects” moving on it presented more choices. Either they can be company values, where shares can provide dividends, or they can be a commodity market. I opted for a hybrid of both. In essence, the market marks the value of each commodity throughout the game, but the end scoring borrows from stock and dividends. I had decided to keep it simple with the number of commodities, and 5 of them seemed like a nice variety. I experimented with more, but in the end it did not help  the ease of play.

To manipulate those commodities, I knew from the get-go that I needed a way to fill ships and that those ships would have a limit on their capacity. Infinity is quite interesting in concept but it lacks focus. Thus, the ship limits were a way to ramp up the scoring abilities, while keeping the pace in the game. Larger cargo takes more space, but larger ships take more cargo. Players can then decide the timing of their game, and what to do with it. Market crashes are also a nice touch and I decided early on that the market had to be able to drop the value of a commodity if players pushed it too far. In that, indirect teamplay is not always a path to victory, as your opponent can see your push for a certain commodity and crush your dreams with a simple push above the “9” space of the market... 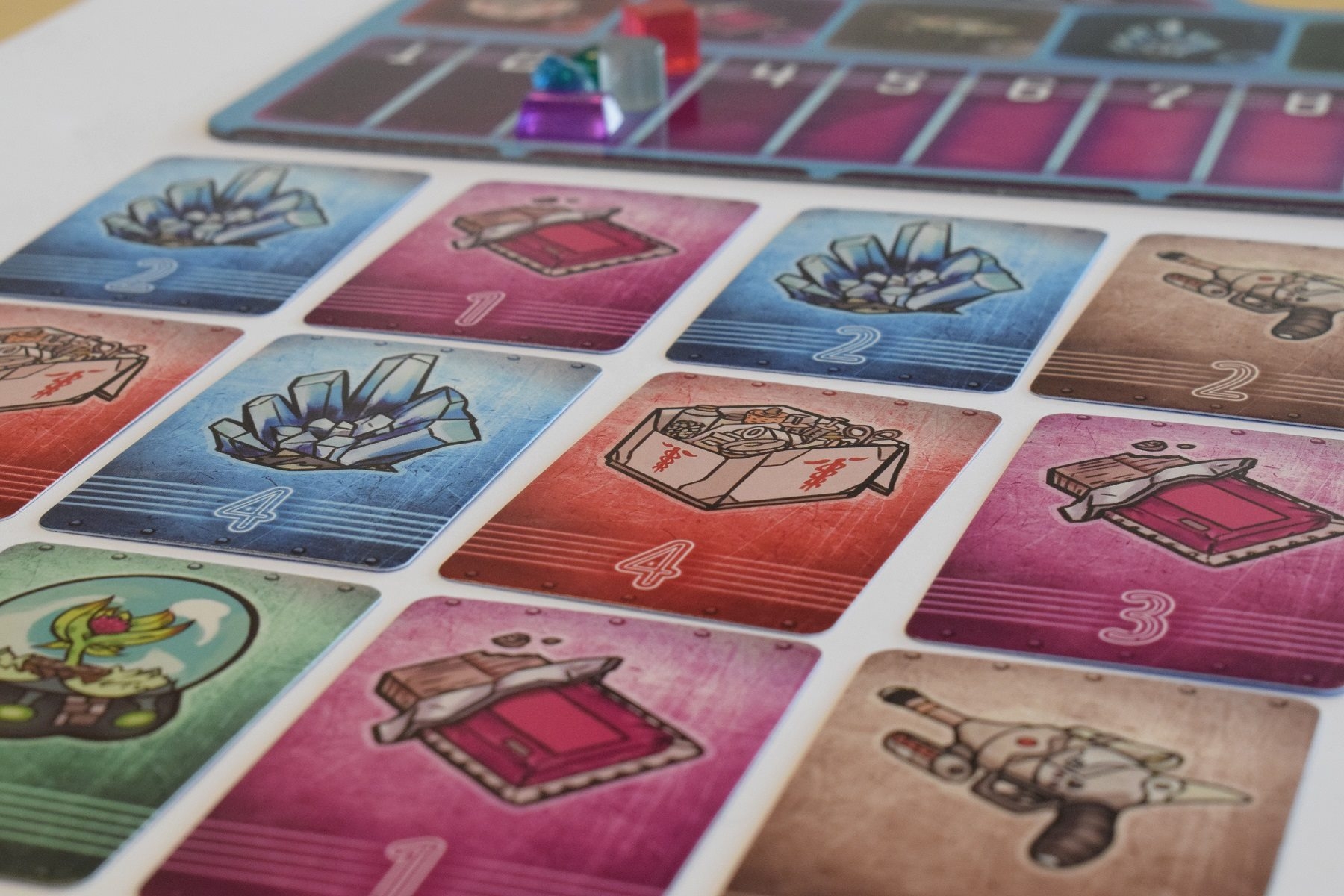 A fellow Canadian boardgame designer, Philippe Beaudoin, told me once that players need things to automate by themselves, to alleviate the choices a player need to focus on. From that point on, most of my games have automated parts in them, as Star Carteldoes. The limiting choices on your turn are the direct result of that thinking. On their turn, players can load cargo if there’s space on their ship, or if they cannot load a cargo card, they deliver their cargo. The only real choice is to decide which of the cargo cards they take. If they completely fill up their ship, the game automates the delivery part of the game. Players can still have a decision in that delivery if multiple commodities are tied, but in essence the games rolls on without major decisions being made by the player. Even the ship upgrade done automatically.

As for the adjustments that Filip, Duncan and I made when we developed the game further, most of it was pruning. The theme changed to a galactic one, and some further changes were made, like the different powers of ships, the number of cards for each type and their values. All in all, it was really easy working with these guys even with an ocean separating us. I sometimes wonder what we could’ve done if I had been in Oxford with them. But my ship is in dire need of repairs and the Star Cartel has been harassing me with a lucrative delivery of medkits and illegal shrubs from Alpha Gorlogon-5. I hope it brings in enough credit to upgrade my ship and finally get out of this dingy cantina, once and for all!