Bolt Action: Campaign: Battle of France is the latest supplement to the World War II Wargames Rules, allowing players to take command of the bitter fighting for France, and to refight the key battles of this campaign. The extract below is taken from the introduction, setting the scene for what is to come! 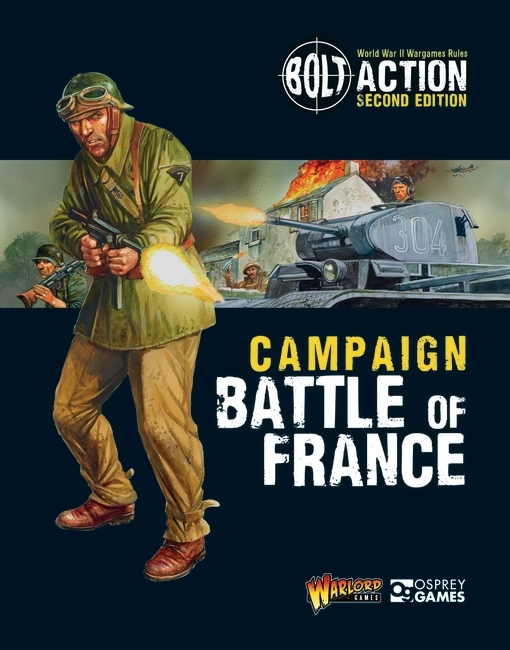 The Great War of 1914–1918 was supposed to be the war to end all wars, proving to the entire world what the real capabilities were of the technology generated from the arms race of the late 19th and early 20th centuries. In four years, France had suffered approximately 1.7 million deaths and, consequently, the appetite for war was at an absolute low during the 1920s and 1930s. Likewise, Great Britain had suffered some one million fatalities that induced a great anti-war sentiment amongst its population. Germany, whose death toll numbered between 2.2 and 2.8 million, not only suffered greatly from the devastating losses of human life but also saw crippling restrictions placed upon its economy and loss of territory following the cessation of hostilities.

The Allied sentiment of squeezing Germany ‘until the pips squeak’ at the Treaty of Versailles was, in many ways, the origin of the Second World War and with it the Battle of France in 1940. Germany was not invited to the peace talks and so was wracked by severe financial reparations that contributed to the colossal problems with hyperinflation during the 1920s. The German people were beginning to lose faith in their socialist government. Added to this was Article 231, which specified:

This blow to Germany’s honour would see elements across the nation’s society rallying together in a unified front against what would become known as the ‘War Guilt Clause’. The opposition to this was most vehement in the right wing political parties. Adolf Hitler’s rise to power in the 1930s saw increasing militarisation as Germany prepared to take back what many felt was rightfully theirs, and to avenge the humiliation of the Treaty of Versailles. 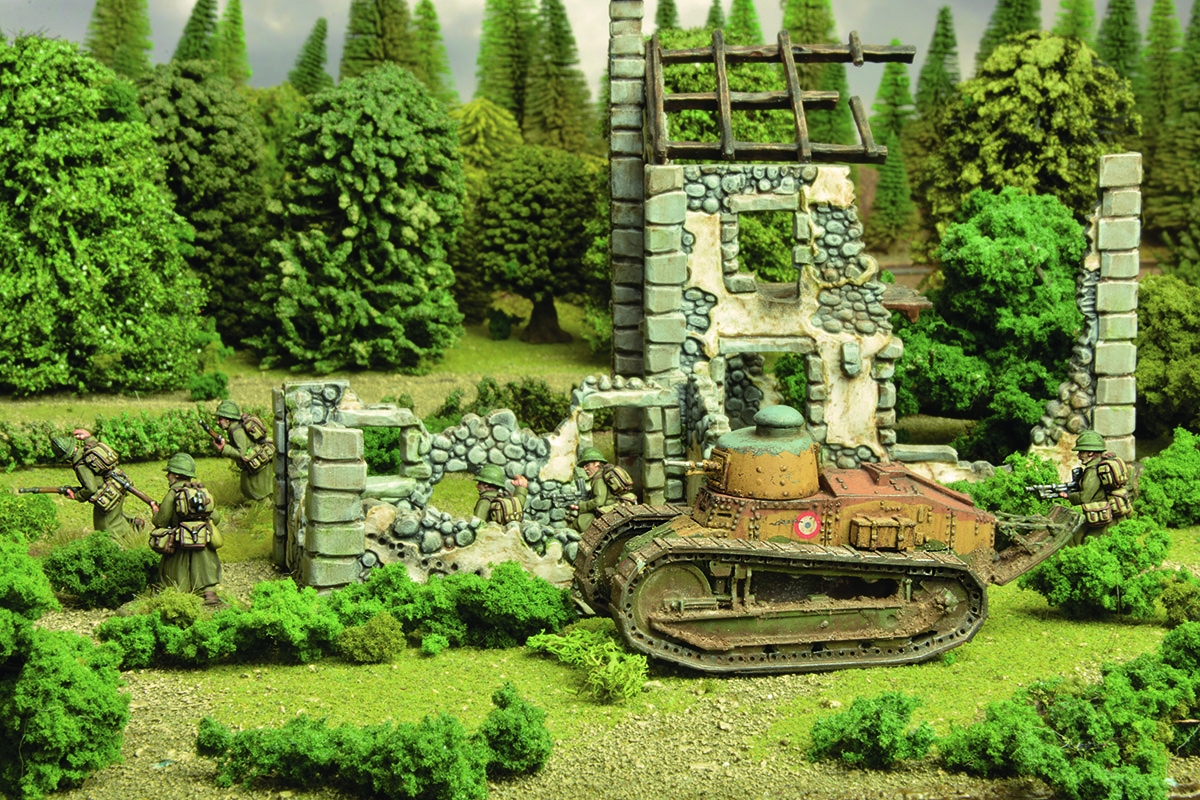 As Hitler delayed French and British politicians with mistruths about his true intentions, the growing might of the German military prepared for all-out war. In March 1938 Hitler annexed Austria into Nazi Germany. Czechoslovakia was soon to follow. Frantic peace talks across Europe were attempted. The memories of the Great War were still fresh and very little appetite for war existed in most nations. On 1 September, 1939 Germany invaded Poland and with declarations of war from Britain and France being issued two days later, Europe was once again plunged into bloody conflict.

French troops began massing along the Franco- German border as battle raged across Poland. On 10 September the first major units of the British Expeditionary Force arrived on the continent and moved to reinforce the line at the Franco-Belgian border. In an effort to assist the Polish by diverting German forces away from the campaign, a plan was formulated involving a French offensive into the Saarland region of Germany, commencing on 7 September. The German border was fortified by the Westwall, or ‘Siegfried Line’ as it was known in Britain. The French offensive would sweep through the defensive positions, capitalising on the minimal defensive manning left behind as the bulk of the German military was concentrated on the Polish offensive. Led initially by light reconnaissance units, eleven French divisions advanced across the border and into the ‘Rote Zone’, an area west of the Westwall from where some one million German civilians had been evacuated. They met only minimal resistance, but were slowed considerably by minefields and destroyed bridges left in their path. Further delayed by the lack of air support, problems with mobilisation of armour and artillery and perhaps lulled into a false sense of security by the near absence of opposition, the French offensive into the Saar region very quickly began to lose momentum and slow down. By 12 September French forces reached the peak of their territorial gains – a mere five miles into Germany but still some distance from the Westwall. On the same day the Anglo-French Supreme War Council met and decreed that there would be no further advances into Germany. French Commander-in- Chief General Maurice Gamelin stretched the truth significantly, telling his Polish Allies that French units had broken through the Siegfried Line.

The Soviet Union invaded Poland on 17 September and despite a brave defence pitted against heavy odds, Poland capitulated to Germany and the Soviet Union on 6 October. By this point the French forces in the Saarland region had already began a slow retreat back to their own border, their rear-guard harried by German forces as it fell back. Gamelin described the entire anti-climax of the ineffective Saar offensive as nothing more than a ‘little test’. With Allied troops now established along the borders facing their German opposition and Poland divided between Germany and the Soviet Union, the initial dynamic movements of the Second World War in Western Europe died down to nearly nothing. The Phoney War had begun.

Bolt Action: Campaign: Battle of France will be released on 29th November. Preorder your copy today!