Ahead of the Royal Air Force's 100th anniversary in April, we're publishing former RAF pilot Michael Napier's book The Royal Air Force: A Centenary of Operations. This new book explores the true exploits and accomplishments of RAF personnel, and will be published 22 February.

Today on the blog we welcome author Michael Napier as he discusses how he brings his own experience as a front-line RAF pilot to the writing of his new book.

The Royal Air Force, the oldest independent air force in the world, celebrates its centenary in 2018. The occasion presents a wonderful opportunity to produce a book recording the rich history of the service, but of course that history has been told many times before in a number of books over the years. So, my question to myself was ‘what can I bring to the story that makes a difference?’ The answer was that my own experience as a front-line RAF pilot has given me an instinctive understanding of flying on the operational frontline. That experience and understanding gives me a slightly ‘different’ perspective on that history from that of a non-aviator or a professional historian. It is a perspective that sees the "core business" of the RAF to be the application of air power by the operational units and it leads me to write about the exploits of the service at the level of the front-line squadron. Of course, at first glance this approach seems to exclude the huge supporting infrastructure of the flying service, but in my view the ultimate success or otherwise of commanders, administrators, engineers and trainers is reflected in the results delivered at the front line. Thus, a successful air campaign reflects not just on the squadron aircrew who flew the missions, but on the performance of the service as a whole. So, I have written a book which is not a full history of the RAF as an organization, but is a comprehensive record of the application of air power by the front-line units of the RAF over the last one hundred years. 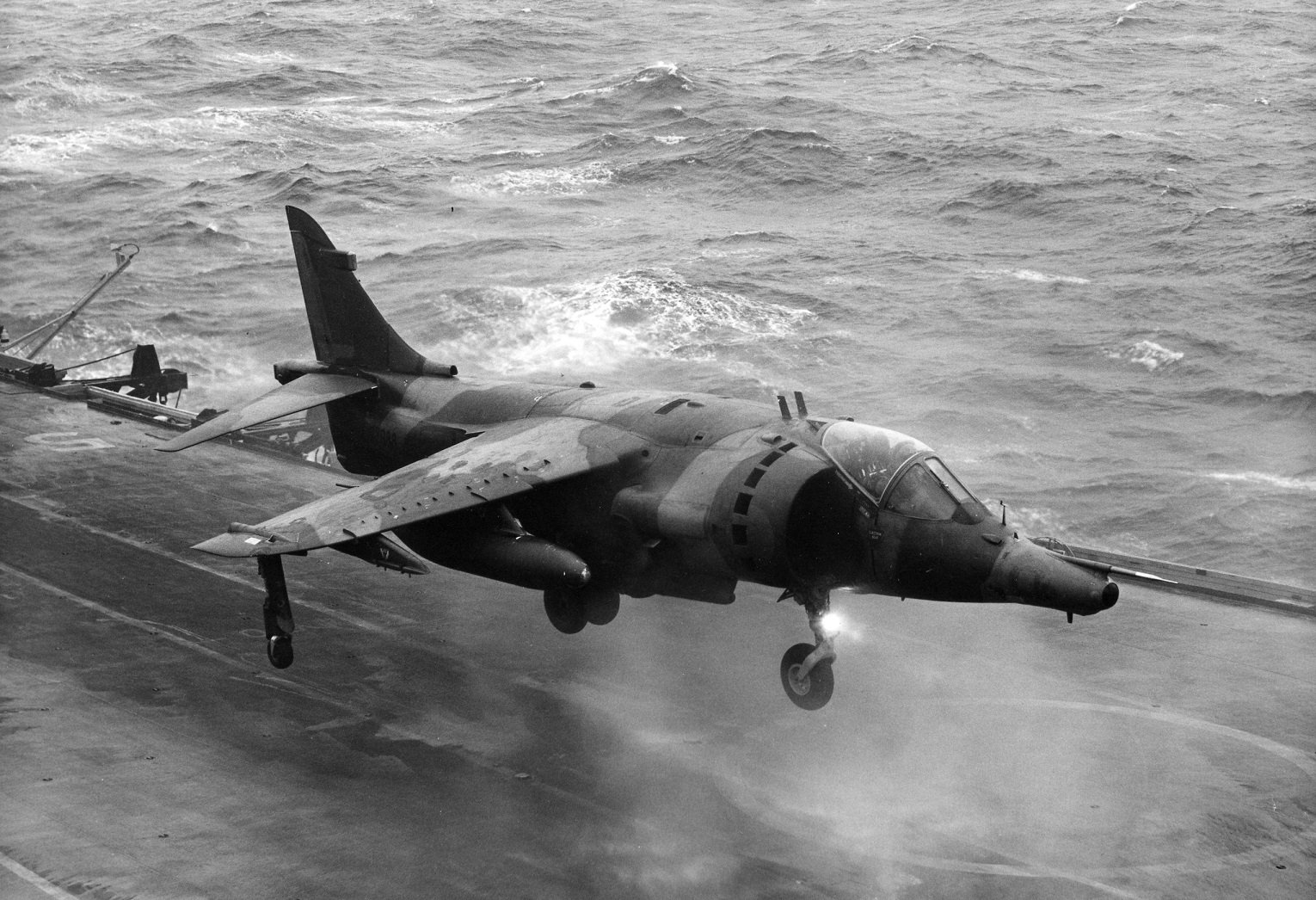 Other works on RAF history tend to tell the story sequentially in geographically based ‘chunks’: for example, an account of the Second World War might describe the whole of the war in Europe, then deal with the Atlantic, then the Middle East and finally the Far East. Unfortunately, this approach tends to be ‘Eurocentric’ and operations in distant theatres of war tend therefore to be seen as being less important or less relevant than those close to home. I decided that a better approach would be to deal with all operational theatres on the same timeline so that, for example, one can see that the East African campaign of 1940–1941 overlapped with the Battle of Britain and the ‘Blitz,’ or that preparation for the D-Day landings took place at the same time as the battles at Imphal and Kohima in the Far East. Describing contemporaneous events side by side on the same timeline helps the reader to understand how events affected each other and how the needs of forces in one theatre might have had to be met at the expense of forces in another. This theme is as relevant today as it was in 1944, and in more recent times it has been illustrated by the overstretch generated by the simultaneous campaigns at the start of this century in Iraq and Afghanistan.

While on the subject of chronology, I believe that an operational history of the RAF should start in 1918 (the histories of its forerunners, the Royal Naval Air Service (RNAS) and the Royal Flying Corps (RFC), have already been covered in depth numerous times) and continue right up until 2018, in other words that it should come completely to date in terms of detail and depth of coverage. Furthermore, each year should also be treated, as far as possible with equal weighting, so that operations since 1945 are not completely overshadowed by the events that occurred nearly seventy-five years ago during the Second World War. The Second Word War does fill two chapters of the book, but six more chapters describe operations through the post-war years to the present day. I have also tried to steer clear of the cult of personalities, my only exception being a photograph of Eric Lock, the highest scoring RAF pilot of the Battle of Britain and an inspiration to me as a schoolboy.

Finally, I also wanted to break away from the clichéd – and not entirely correct – "popular history" route of Trenchard, Sopwith Camels, Schneider Trophy, Supermarine Spitfires, Avro Lancasters, Avro Vulcans, Hawker Harriers and the Red Arrows. Certainly, all of those mentioned played their part in the past one hundred years, but the operational history of air power in that timescale is a much more complex subject. It is true that Trenchard played a major role in the formation of the RAF and, indeed, he was the first Chief of the Air Staff (CAS), but he was but one of a number of "makers and shakers" and his first stint at CAS lasted only a few weeks. I identify the two key players as Jan Smuts, whose report recommended the amalgamation of the RNAS and the RFC into a single independent service, and Frederick Sykes, who succeeded Trenchard as CAS in 1918 and who steered the service through its first year of existence. In my view either Smuts or Sykes should rightly be known as the ‘Father of the RAF.’ But history is written by the winners and when Trenchard was reappointed as CAS in 1919 he ensured that his rival Sykes’ good work was excised from the public memory. That is not to disrespect Trenchard whose tenure as CAS over the next ten years undoubtedly ensured the survival of the RAF as an independent service, but in that context, I see him more as a ‘nursemaid’ than a ‘parent’ of the new service. 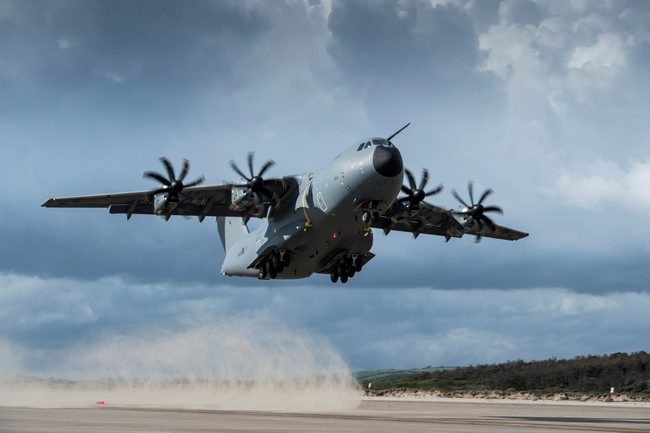 It is also true that the Sopwith Camel was one of the outstanding aircraft of the First World War, but it was actually the decidedly unglamorous Royal Aircraft Factory RE8, a plodding workhorse of an aeroplane, that formed the backbone of the ‘Corps’ squadrons whose work was so vital to the success of the land operations in all of the theatres of war through 1918. And while the Schneider Trophy races of the late 1920s and early 1930s undoubtedly stirred the public imagination, the reality for the front-line squadrons patrolling the remote and frequently hostile parts of the Empire was not of streamlined seaplanes flying at 400 mph, but of flimsy biplanes such as the de Havilland DH9A, which were barely capable of a quarter of that speed. Far, far away from the public eye the front-line squadrons of the RAF were responsible for ensuring the security of the peoples of Egypt, Palestine, Iraq and India – and they were often forgotten by a public that was more focussed on events within their immediate surroundings.

However, of all the items in the "popular history" of the RAF, it is the Supermarine Spitfire which fully deserves its place. It was arguably the only truly modern aeroplane in the RAF inventory on the outbreak of the Second World War and it was one of the only type (other than perhaps the Vickers Wellington) that remained in large-scale production and front-line service throughout the conflict. Spitfires fought in all of the major theatres of war from the Battle of Britain to the Burma campaign and in every case, they tipped the balance of air superiority in favour of the RAF. The Spitfire rightly deserves its reputation as a superb machine and one of the most effective aircraft ever to have been operated by the RAF.  The Avro Lancaster, too, still enjoys tremendous popularity, but if I were to choose the most outstanding four-engined aeroplane of the Second World War, I would go for the Consolidated B-24 Liberator. The Liberator swung the balance of the Battle of the Atlantic and without the vital part played by Coastal Command in that campaign, there could have been no D-Day; the Liberator also saw important RAF service in the Mediterranean, Central Europe and the Balkans as well as playing a crucial role in Burma. 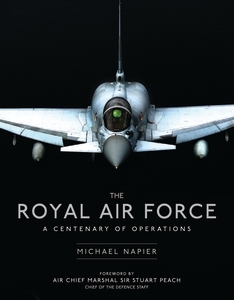 And it is right that the public should still hold the Avro Vulcan in such esteem: armed with the Blue Steel stand-off missile, the delta-winged bomber took its place on the frontline as part of the UK’s nuclear deterrent and in later years it also played an important part in the liberation of the Falkland Islands. But the Handley-Page Victor also served as a nuclear bomber with Blue Steel missiles and it was the Victor in its role as an air-to-air refuelling (AAR) tanker that enabled the Vulcan to reach the Falklands in 1982. Indeed, the Victor proved to be the longest serving of the V-bombers and one can argue that in its AAR role it contributed far more to the effectiveness of the RAF in campaigns from the Falklands to the Persian Gulf, as well as supporting the air defences of the UK, than did the Vulcan during its service. So, should we not remember the Victor as being the ‘iconic V-Bomber’?

The Royal Air Force: a Centenary of Operationsis, then, a ‘history with a difference’ – and one which I hope gives a new perspective on the exploits of the RAF over the last century.