It will come as no surprise to most people who have played Frostgrave that I began my gaming career as a role-player. Dungeons & Dragons, MERP, Call of Cthulhu, and GURPS were my formative games, and I spent a lot of time in college rolling dice and making notes on character sheets. After college, though, when I lost my gaming group, I remained connected to the hobby through painting miniatures, and in this way, I slowly transitioned from being a role-player to being a miniature wargamer.

When I came to write Frostgrave, one of my goals was to bring a little of the fun I had experienced as a role-player into the world of wargaming. I tried to do this through character building and more narrative-style scenarios. I always felt that there was room for more storytelling in the game, however, and when I began to work on the book that was to become Ulterior Motives, this was my main motivation. 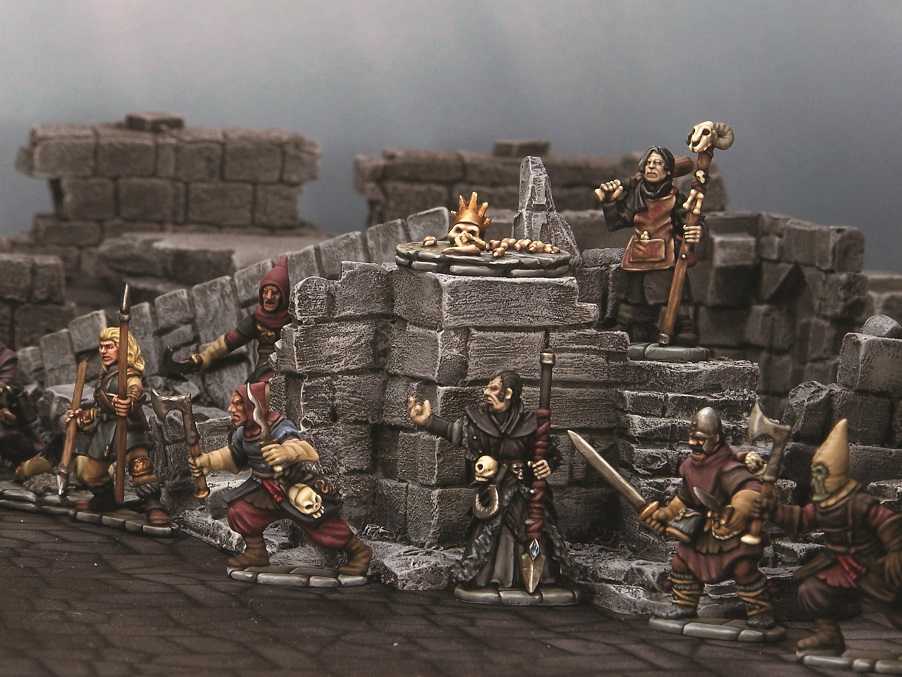 Beyond their evil intentions, what motivates the Necromancer and his Apprentice?
Figures available from Northstar Military Figures

That’s right, I said ‘book’. Originally, I was contracted to write a book that would be about adding subplots to games of Frostgrave. As I began to work on it, though, I encountered a problem: I really wanted many of the subplots to be secrets. Wizards are infamously secretive individuals, and it made no sense to me that other wizards would know exactly why their rivals were heading into the Frozen City. I had started work on a big table of possible ulterior motives, but I really didn’t like the idea of a player having to roll in secret. It’s never a good idea to have a ‘secret’ die roll in a wargame. Finally, I realized that if the expansion was a deck of cards instead of a book, it eliminated a lot of the problems. Thankfully Osprey agreed to the switch! Players could draw their ulterior motives in secret, thus avoiding any die rolls. Also, players could refer to their card without having to check a book, and could easily reveal their secret at the appropriate moment!

Once I overcame that hurdle, there was still one challenge that remained. I realized that to come up with a bunch of different ulterior motives, I was going to have to specify  items of terrain be placed on the table. How could I do that and still keep the ulterior motive a secret? Thus came the idea of ‘red herrings’. Basically, Ulterior Motives includes a list of 7 small pieces of terrain and one zombie that would act as focal points on the table for most of the cards. To keep the player’s goals secret, however, they are usually allowed to place a couple of other red herrings on the table. 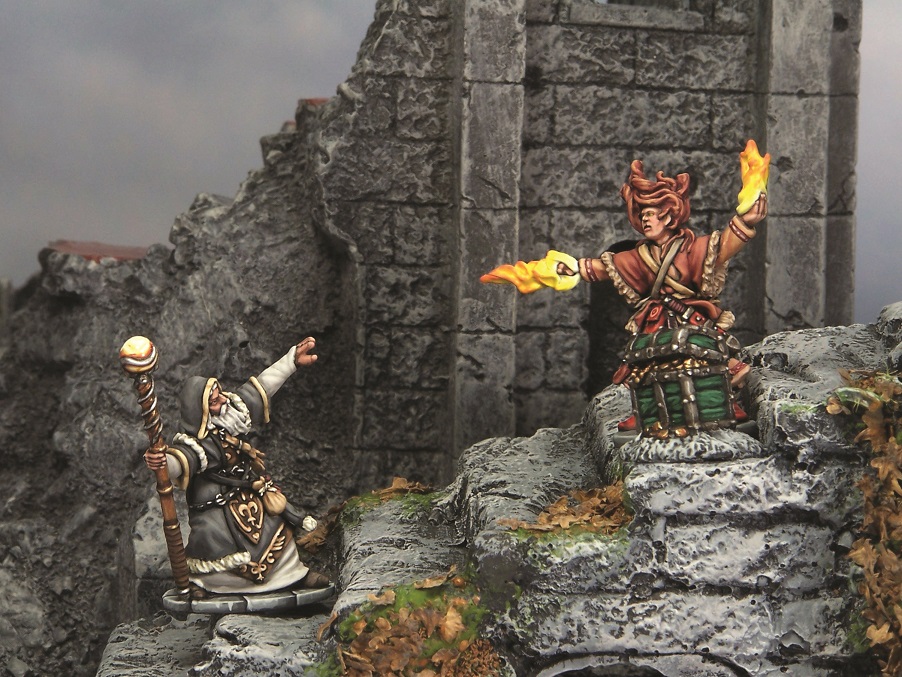 Who will emerge victorious in the fight for treasure - Elementalist or Thaumaturge?
Figures available from Northstar Military Figures

Once I got those mechanics sorted out, the rest of the process was more fun. I developed 40 little stories for why a wizard might be leading his band into the Frozen City. Now, wizards weren’t just after loot, they had specific goals. Each card is a little kickstart to the narrative, to help players really get into the story of their wizard.

Games using Ulterior Motives are likely to be more chaotic than standard games of Frostgrave, but, for me, it is that wild element that gives the game its magic and helps take me back to my role-playing roots!

Ulterior Motives is available now, perfect for anyone looking to add depth and new tactical challenges to the Frozen City.

Joseph A. McCullough is a game designer with Osprey Games and the creator of the hugely popular Frostgrave fantasy skirmish game. Away from wargames he also writes fiction, with Victory's Knife, his fantasy anthology, recently being published. His continued ramblings can be read at: http://therenaissancetroll.blogspot.co.uk/