Today marks the centenary of the Battle of Jutland, the only major fleet engagement of World War I and the biggest battleship action of all time. To commemorate the occasion we will be focussing on Jutland throughout the day, starting with a look at the British Admirals.

The extract below is taken from Duel 31: British Dreadnought vs German Dreadnought by Mark Stille. If there was ever a man destined for high command in the Royal Navy, it was Admiral Sir John Rushworth Jellicoe. Born in 1859, he entered Britannia Royal Naval College in 1872 at the age of 12. He graduated first in his class, and excelled in all his assignments until being recognized and groomed by Fisher. From that point, he was given important jobs in the Admiralty, which not only prepared him for higher command, but also shaped his view of how he would use that command when he received it. His pre-war billets included Director of Naval Ordnance, Third Sea Lord and Controller (responsible for all ship construction and repairs), commander of the Atlantic Fleet based at Gibraltar, deputy commander of the Home Fleet (later to become the Grand Fleet) and Second Sea Lord (responsible for all personnel matters).

When war seemed unavoidable, Churchill schemed to have Jellicoe take immediate command of the Grand Fleet from Admiral Sir George Callaghan before the scheduled December 1914 handover. Nobody disputed that Jellicoe was the best man for the job, given the range of his experience and his cool powers of analysis combined with a genuine concern for the officers and men under him. Upon assuming command in August 1914 at the age of 55, he became, in the words of Churchill, ‘the only man on either side who could lose the war in an afternoon.’ Nobody was more aware than Jellicoe of the importance of his role. In the years since 1900, he had come to know several rising officers in the German Navy and he respected the technical prowess of the Germans, especially their gunnery skills. As Director of Naval Ordnance, he realized that German shells, mines and torpedoes were superior to his own. Above all, he was aware of the supreme importance of the Grand Fleet and was determined not to risk it unnecessarily. This view was paramount not only in the run-up to Jutland, during which pressure mounted on him to strike the Germans, but also during the battle itself when he finally had the chance to engage the High Seas Fleet. 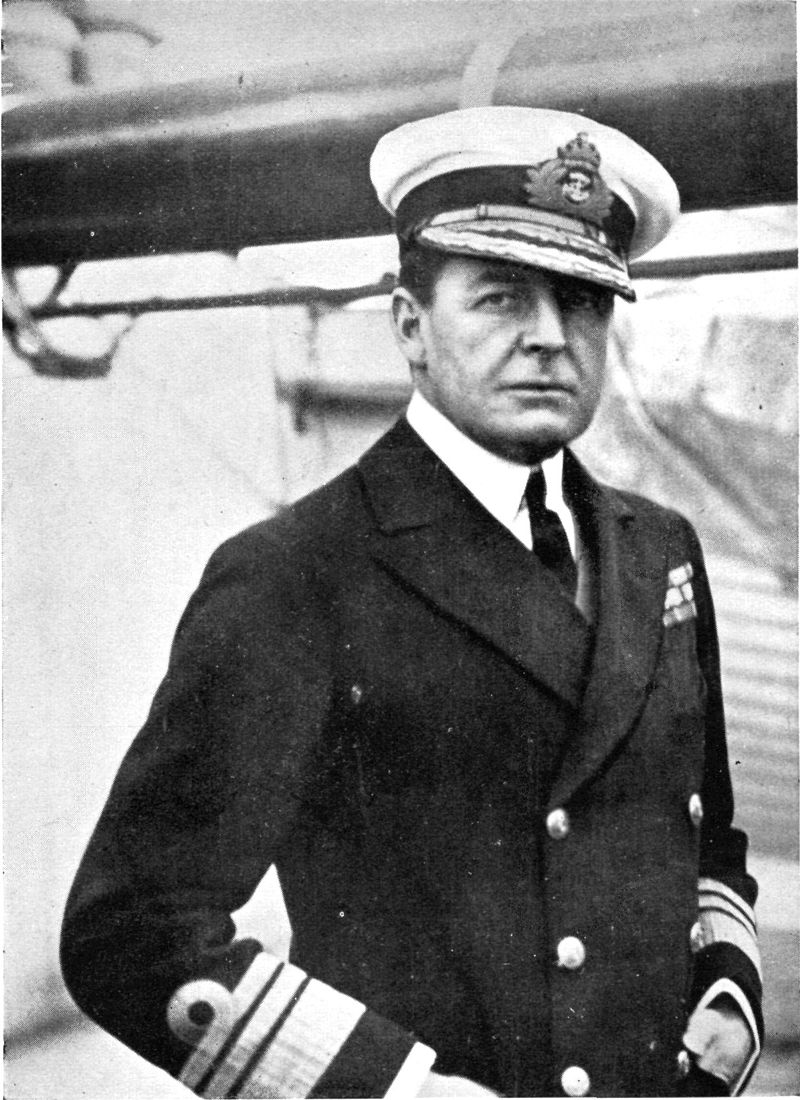 The other principal British naval figure at Jutland was Vice Admiral Beatty (later admiral), the commander of the Grand Fleet’s Battlecruiser Force. As a commander and an officer, he could hardly have been more different than Jellicoe. Beatty was born in 1871 and entered Britannia Royal Naval College in 1884. He graduated in the middle of his class and was in the midst of a mediocre career until the war in Sudan. In 1898, he distinguished himself at the climactic battle of Omdurman, and as a result was promoted early to the rank of commander. In 1899, he was given command of a battleship and was later wounded in China. His experience propelled him to be promoted to captain at the unheard-of age of 29 (the typical age being 42). The next year, he married an American divorcee who was the heiress to the Marshall Fields department store fortune. To say the least, the marriage was challenging for Beatty, who now had to balance his career ambitions with the desires of his demanding wife.

Fisher had also identified Beatty as a future leader of promise, and in 1910 he intervened to have Beatty promoted to admiral at the age of 38. He was now the youngest admiral since Nelson. In 1911, no doubt influenced by his wife, he turned down an appointment as the deputy commander of the Atlantic Fleet. At this point his career looked to be essentially over, until Churchill ended his period of unemployment by taking him as his naval aide. In 1913, he was appointed as the commander of the 1st Battle Cruiser Squadron, the perfect billet for the aggressive Beatty. While he was obviously brave and talented, he was in equal measure rash and impatient. He lacked the technical and professional depth of Jellicoe. When his battlecruisers took a beating from the Germans during the early stages of Jutland, he seemed genuinely surprised that such a vulnerability existed.

We have a number of books available that look at the Battle of Jutland. If you are interested in reading more then take a look at the titles below: