Looking to pick up some great military history? Our February reviews blog can help, with four Osprey series books covered. As a special addition we also have a fantastic review of Osprey Games' They Come Unseen, perfect for anyone who wants to try their hand at Cold War naval warfare. 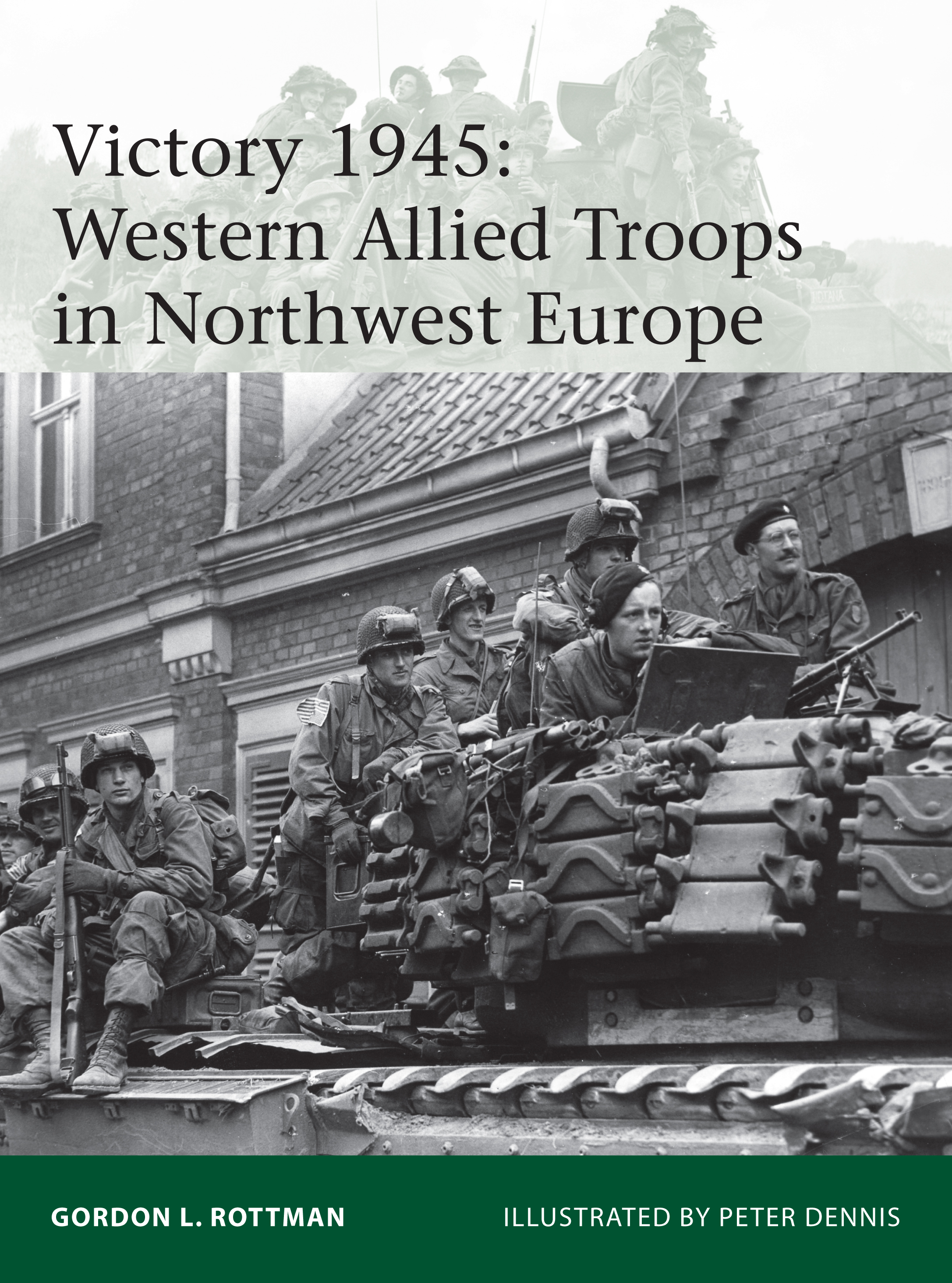 When the men of the Western Allies – America, Britain, Canada and Free France – finally celebrated ‘Victory in Europe’ on 8th May 1945 there were few left in the frontline units who had landed in Normandy 11-months earlier. The battles such as Normandy, Market Garden, Alsace, the Hurtgen Forest and the Rhine crossing had taken a heavy toll on these men. Further, equipment, uniforms and tactics had all changed in the wake of experience and improvements in technology. Drawing on both a mass of official documents and personal memoirs, the author looks at the experience of these troops. His text is supported by a comprehensive order of battle at 7th May 1945, frontline photos and colour artwork, depicting a variety of uniforms, weapons and equipment. It took MacArthur almost 2 years to return but he fulfilled his promise by leading an amphibious invasion of Leyte. This was the largest amphibious assault to date in the Pacific war. Four American divisions from the US Sixth Army landed and confronted some 20,000 Japanese troops plus incoming Japanese reinforcements.

This concise volume documents this campaign. It shows how the Americans faced stubborn Japanese resistance, poor infrastructure and particularly inclement weather. Slowly the US forces secured the island by thrusting northwards before turning west to approach the Camotes Sea shoreline. The recapture of Leyte was a pivotal moment in the Pacific campaign and it played a key role in reducing the military capacity of Japan. In addition it served to isolate Tokyo from critical supplies of raw materials and resources. 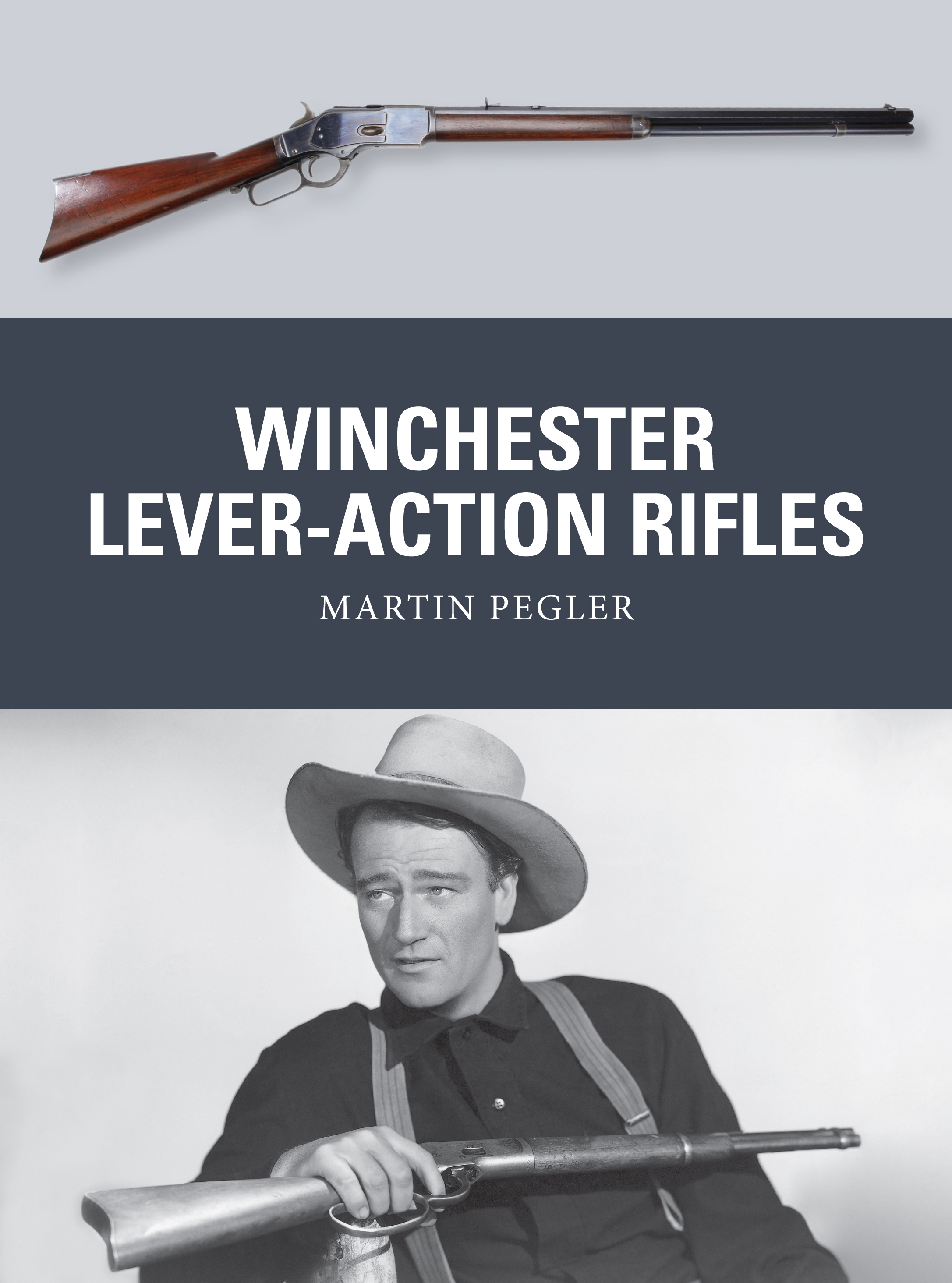 The first half of the book looks at the development of the Winchester rifle and its variants, and the second half at its use. The Winchester had surprisingly little military use - the level mechanism was judged to be too fragile for heavy military use and the cylindrical magazine too prone to jamming, but it was used in vast numbers by hunters, settlers, native Americans, lawmen, criminals, gold miners and later in many Western Movies, where John Wayne made it famous.

The author makes excellent use of contemporary plans to illustrate the workings of these guns. These include diagrams from patents, but also surprisingly some from adverts that provided detailed plans of their product! The book is well illustrated, with many excellent modern pictures of the rifles, showing them in various stages of operation and some showing the internal workings.

Pegler also does a good job of illustrating how changing technology affected the Winchester, from the introduction of the self-contained bullet (an essential first step before rapid fire weapons could be developed), to the work needed to cope with bigger bullets and the increased power of smokeless powder over the older black powder.

This is a good study of Winchester's family of lever action rifles, explaining how they worked and why they were such a success. This book follows on from the author’s previous book with the same title but with the volume identifier (1). It deals with the last five battleships (of 15) of World War One vintage with which the US started World War Two. Termed the “Big Five”, it covers the classes in the title and those vessels which were cancelled when the Naval Treaties were signed in the early 1920s.

Like other books in this series, the book deals with the role, design developments and weapons development for these classes and the trends which they illustrated before the naval treaties curtailed and limited naval construction. It describes the fire control systems and covers the integration of radar into the system. The effectiveness of US fire control is illustrated in terms of the Battle of Surigao Strait in 1944. Four of the six US battleships present in that action were from the ships detailed in this book. However, the gunnery action itself was an anti-climax and forgone conclusion as, by the time the surface gunnery action took place, the Japanese force had been reduce by radar-guided torpedo attacks from USN destroyers to one battleship, one heavy cruiser and one destroyer and lasted only 14 minutes. The book continues with a detailed analysis of each class covering design and construction, protection, propulsion, armament and in-service modifications together with brief summaries of the wartime service of each ship in the class.

Well supported by artwork, black and white photographs and coloured cutaway and side views, it would be useful for the modeller or those who want to paint the dazzle camouflage schemes used by the US Navy later in the war.

In summary, this is an interesting read for the general reader, the modeller and the expert alike. Well presented and with some great artwork, it is well recommended. The game’s creator is former submarine captain Andy Benford who conceived it and created a subsequent prototype in 1974, while Navigating Officer aboard the Porpoise Class conventional submarine HMS Grampus. Various submariners played the first version of the game, ‘Submarine’, enthusiastically. Further developed over time and now with Osprey Games’ involvement it is probably the best naval strategy/tactics board game that is neither a simulation nor computer-based ‘shoot them up’. ‘They Come Unseen’ is a great game of cat and mouse where, even with the best of tactical efforts and sharpest of minds, nothing is certain. The vagaries of weather and temperature layers in the sea are the unpredictable factors that slew the outcomes. It benefits enormously from real-life experiences of its creator who, during his naval career commanded the Australian submarine HMAS Oxley and was second-in-command of the British nuclear-powered Polaris ballistic missile submarine (SSBN) HMS Revenge. The ‘History and Strategy’ booklet by Benford is a fascinating read on its own while the ‘They Come Unseen’ itself takes us back to the golden era of complex and mind-bending strategy and tactics board games of the 1970s and 1980s (and definitely is not for impatient wimps).