There is always something compelling about the end-game of a major war. Usually, at such times, one-side has gained a decisive advantage over the other, and it is just a matter of time and manoeuvre before its superior forces finally surrounded and capture the enemy. And yet, there is always that last hope, the last desperate throws of the dice by the losing side that maybe, just maybe, they can somehow turn the tide. So it was during the Civil War in 1865. So it was in the Appomattox campaign.

After their defeat at Petersburg, the Confederate army basically went on the run, fighting a series rear-guard actions in the hope of escaping capture and linking up with the other major Confederate army in the field under Gen. Joseph Johnston.  My own ancestor, my great (x4) uncle, David Stewart, was with the Confederate army, during the campaign. He was an officer of an artillery battery, though by the end of the campaign, his unit had destroyed their guns and picked up rifles for the last fight.

I often wonder, was my ancestor foolish to keep fighting a battle (and a war) that he could not win? Or was he bold and brave to keep fighting while there was even a little spark of hope that somehow his country might somehow salvage even a partial victory? Well, David Stewart was lucky. He survived to the surrender, and Appomattox was close enough to his home that he could easily walk there. Thousands of others were not so lucky. 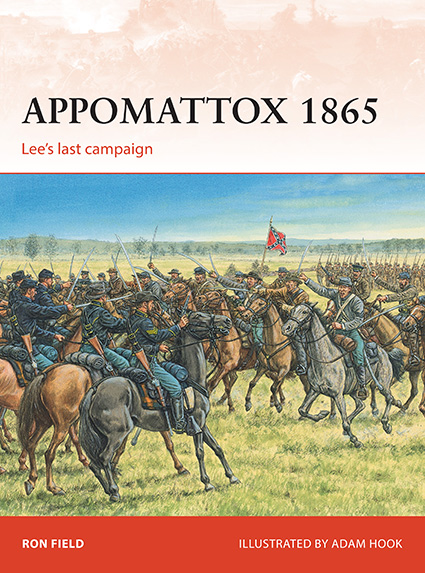