In early October 1870, with the city of Paris surrounded by the Prussian armies, French interior minister Léon Gambetta looked to make his escape. Charging through the enemy forces was clearly not an option, and so Gambetta looked for other means by which to make his getaway.  What he found was the Armand-Barbès – a hot-air balloon that would carry him from the besieged city of Paris to Tours. 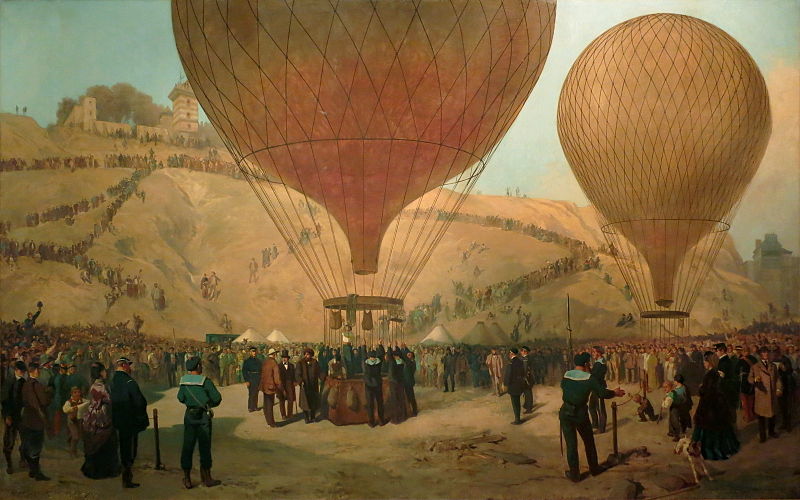 After arriving in Tours Gambetta assumed his position as Minister of War, announcing the mobilisation of the entire National Guard on 12 October and calling for the creation of an ‘Auxiliary Army’ two days later. A large force was raised, but with no real training possible in such a short time they were ill-prepared for the rigours of battle. His hope was that this force could relieve Paris, but any possibility of this faded when the city of Metz succumbed to the Prussian siege on 27 October. The Parisians’ plight didn’t end until late January when Bismarck’s armistice terms were accepted – only for Paris to be plunged again into conflict between the Communards and troops of the new government.