On 16 August 1900 the Battle of Elands River came to an end. A garrison consisting of 500 Australian, Rhodesian, Canadian and British soldiers had been besieged by a force of over 2,000 Boers, facing heavy shelling and small arms fire throughout the attack. Despite being heavily outnumbered the garrison refused to surrender, and was eventually relieved when Lord Kitchener led a column of 10,000 men to their aid.

The photograph below shows a soldier from the 3rd New South Wales Bushmen looking at the grave of a fallen comrade a year after the battle. 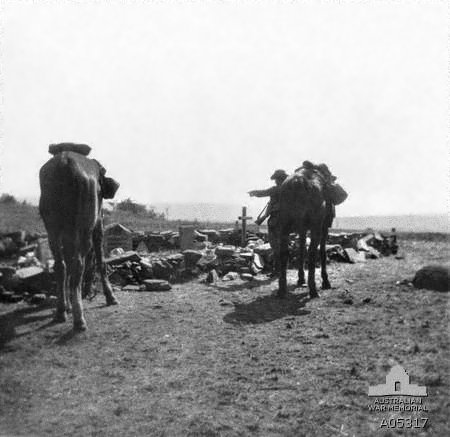