Today Osprey's World Tour is taking us to Spain, with a beautiful image taken from New Vanguard 96: Spanish Galleon 1530–1690. The ship in the painting is the San Mateo, a Portuguese-built galleon, part of the Spanish fleet that fought at the Battle of Azores. 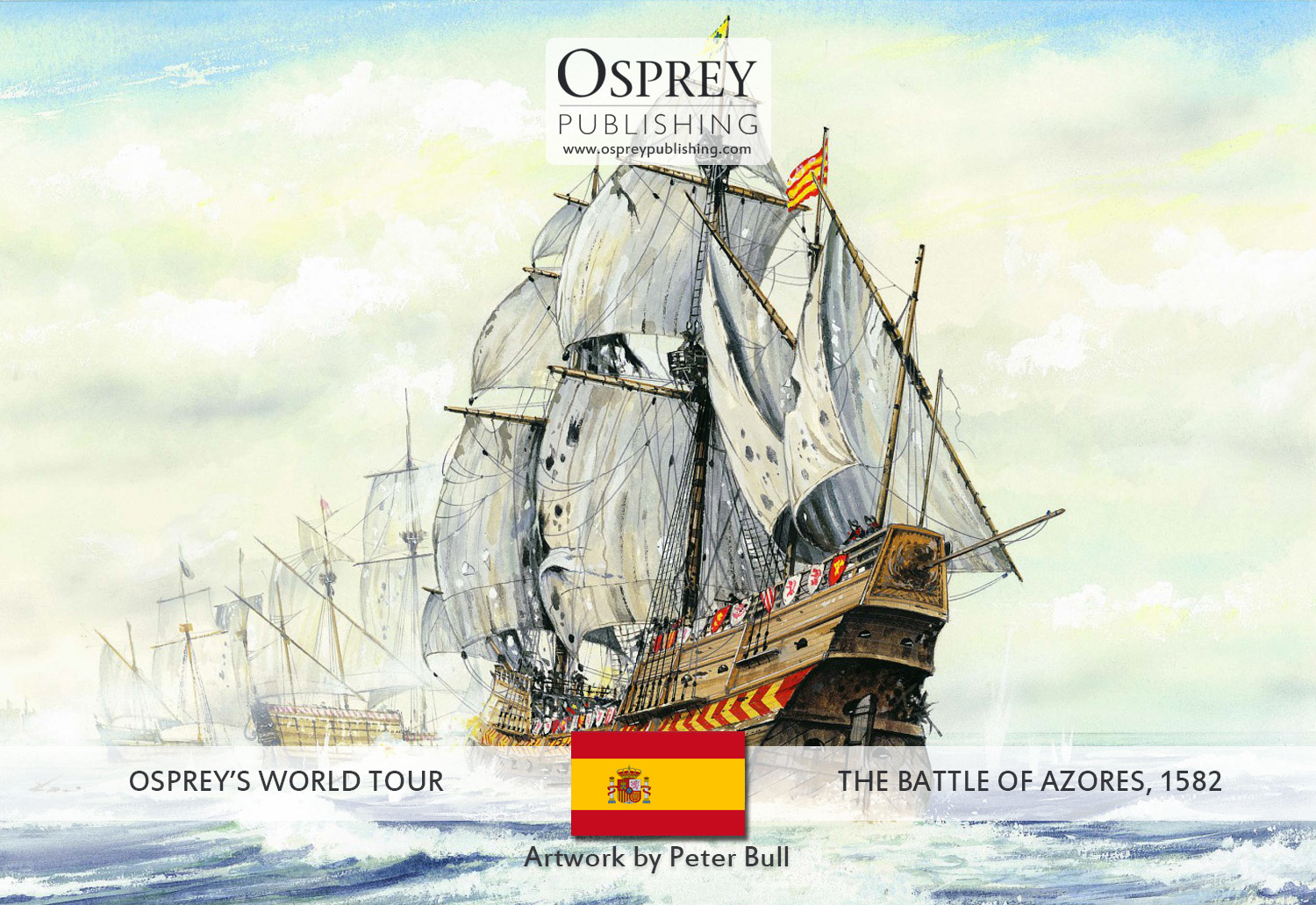 The San Mateo at the Battle of the Azores, 1582

The battle fought off the Azores in 1582 was probably the first major naval engagement in history to be fought out of sight of land. When Spain conquered Portugal in 1580, the only portion of the Portuguese overseas empire to resist the Spanish was the Azores. In 1580 the French crown sent a fleet under the command of the mercenary Admiral Filipo Strozzi to help defend the islands. This action resulted in the Spanish sending their own fleet to the Azores, under the command of the veteran Captain-General Don Álvaro de Bazán, Marquis of Santa Cruz. The two fleets met some 18 miles south of the island of Saõ Miguel on 26 July (the battle is sometimes named after the island’s port, Punta Delgada). Strozzi had 40 warships at his disposal, and Bazán 21. In addition, each fleet contained a squadron of transports. The French opened the battle by engaging the Spanish rear with half of their fleet. Although the Spanish were outnumbered two to one, Bazán managed to bring the rest of his fleet into battle, to give him parity in numbers. The brunt of the French attack was borne by the Portuguese-built galleon San Mateo, a vessel of 750 toneladas, armed with approximately 30 guns. Although simultaneously boarded by several French ships her soldiers held their ground, and repulsed all attacks. They then took the fight to the enemy, boarding and capturing two French vessels before the battle ended. Bazán won a stunning victory against superior odds, capturing ten enemy ships in all and driving the French from the Azores. The islands were captured by Spanish troops the following year. The image shows the San Mateo at the height of the fighting.

If you want to read more about Spanish military history then the books in the list below would be a great place to start!

Feel there is anything Osprey have missed out as far as Spanish military history is concerned? Let us know in the comments section below!