Today marks the 600th anniversary of the Battle of Agincourt. To commemorate this famous battle we have organized a day heaped with history for you, starting with a look at the first phase of the battle - the English advance and French cavalry charges.

Once in position the archers began to shoot at the enemy. Just imagine for a moment that you are an archer in the English army. You are famished, cold and wet and suffering from diarrhoea or worse from the effects of your diet of unclean water and nuts and berries. You expect to die in the forthcoming battle. For the men-at-arms there will be ransoms and often cosy  captivity at the hands of men of their own class, related by birth or known to them personally. As a despised and feared footman, all you can expect is to be slaughtered by men so well-armoured as to be almost invulnerable or, if captured, to be mutilated so that you may not ply your craft again. The King has just reminded you that you can expect to lose three fingers from your right hand. However rousing his speech, you are most fortified by despair. At first it seems impossible that the French can be beaten. Then as you advance it becomes apparent that they have been careless – that they do not know what they are doing! 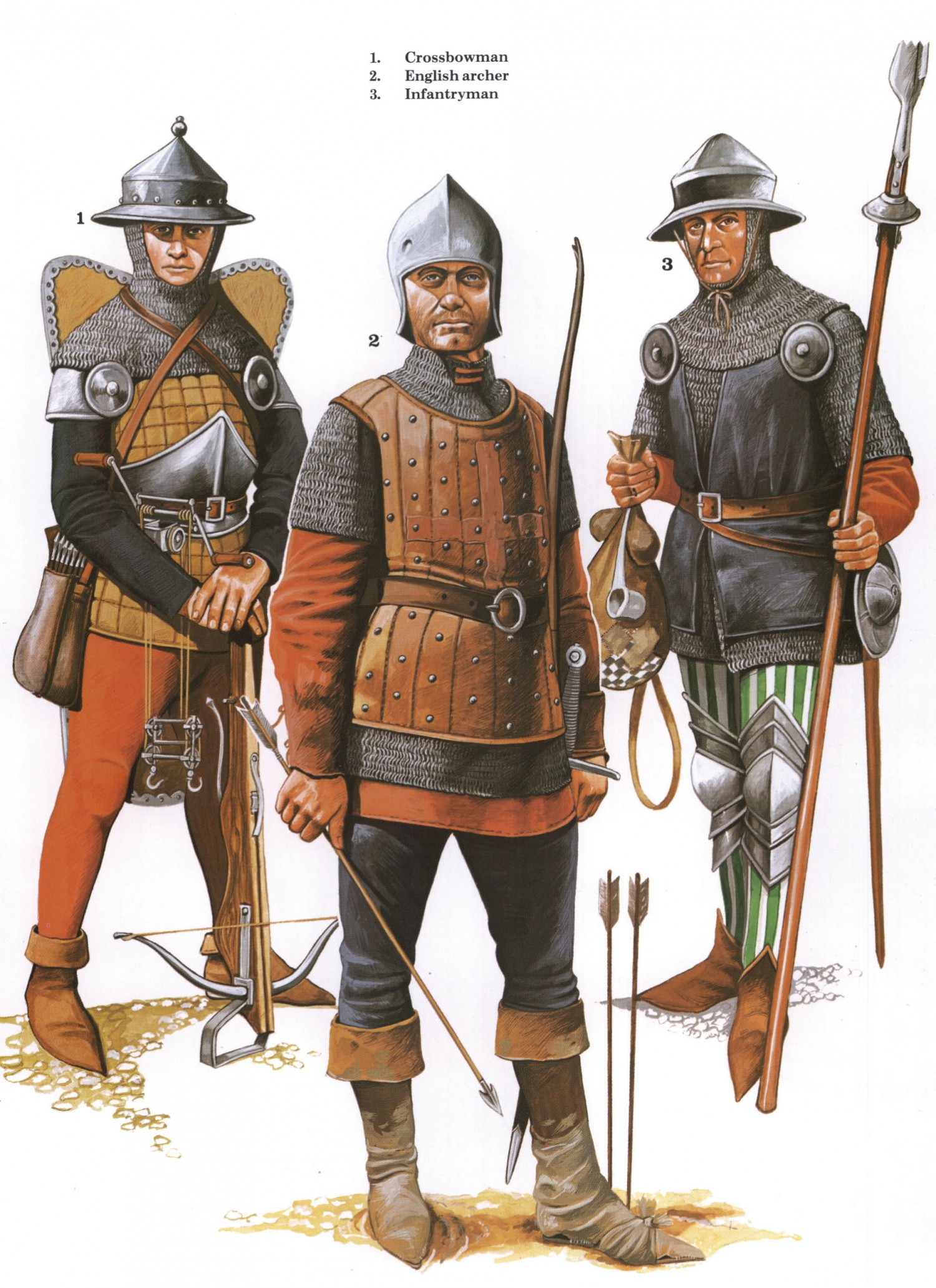 The English archery seems to have stirred the French to action. First their crossbowmen loosed off a hasty volley, then fell back for fear of the English arrows. Then their two wings of cavalry launched a charge across the intervening ground.

It is doubtful whether the French cavalry could have got up much speed over recently ploughed, rain-soaked ground. Just how slippery the surface was can be gathered from St Rèmy’s account of William of Saveuse’s charge. He is described as a valiant knight who encouraged his men to through their mounts upon the archers’ stakes. The ground was so soft that the stakes fell down, enabling the force to withdraw with the loss of only three men. But clearly not all the stakes fell down or the French would have broken through and ridden down the archers. The sort of thicket hedge that has been described nullified the impetus of an already laboured charge. Having performed their duty, the horsemen duly made off. What of the three men who died? They shared the fate of their leader, William de Saveuse, whose horse collided with a stake that held firm. As a result he was propelled over his mount’s head to lie stunned and helpless at the feet of the English archers, by whom he was swiftly dispatched. The loss of their dashing commander must have taken the heart out of the French. The English bowmen began to shoot at their now-retreating enemy, maddening the horses with arrow wounds. A similar drama was acted out on the other side of the battlefield.