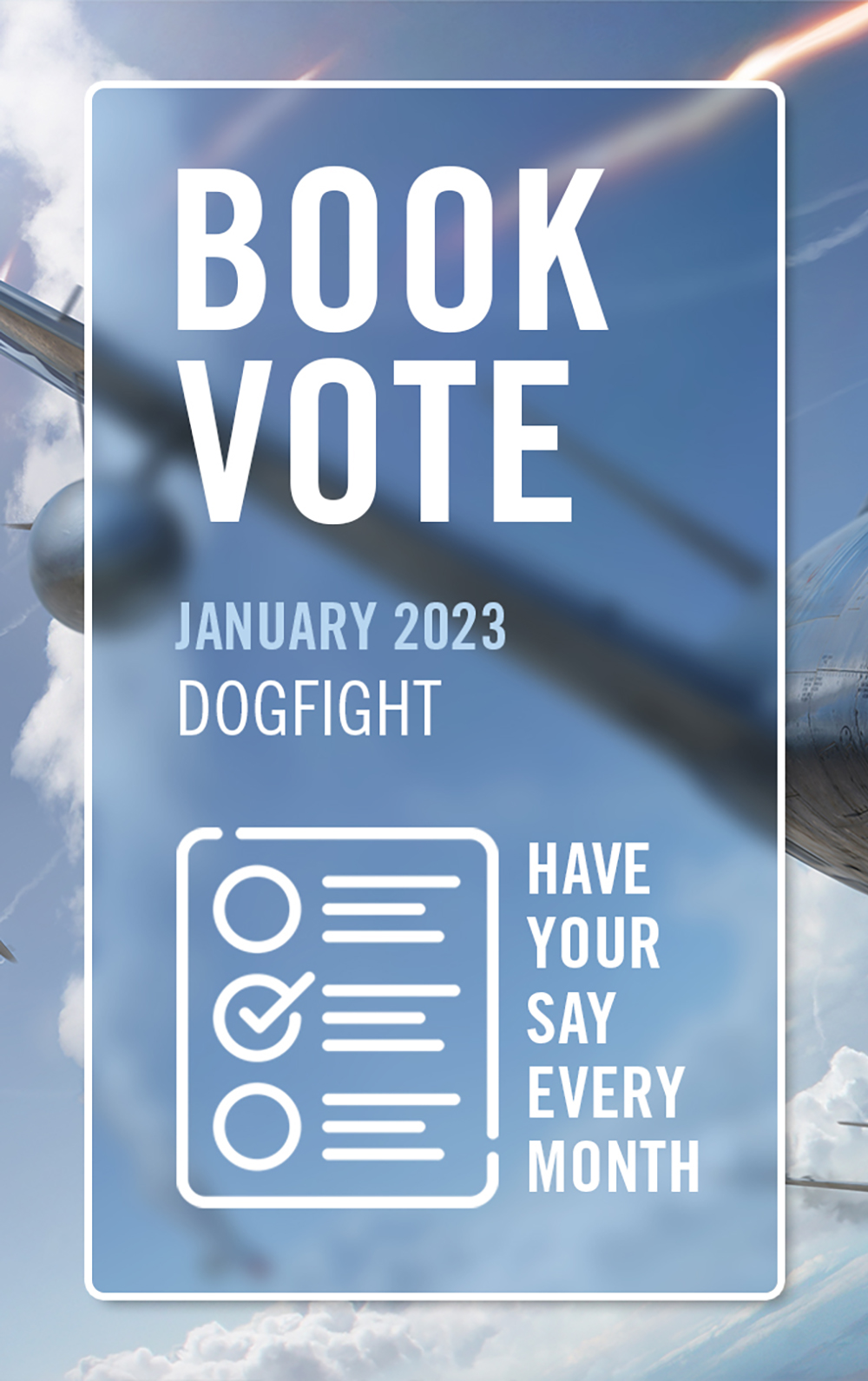 This month's book vote sees five Dogfight titles battling for your support. Read the full descriptions and have your say by clicking on the link below. Plus, check out the results of last month's Raid Vote.

F-105D Thunderchief: Vietnam 1965–68
The Republic F-105D was intended as a supersonic, low-altitude nuclear tactical bomber, provided with limited self-defence armament but reliant flying straight-and-level at speeds that would leave enemy fighters standing. Few would have imagined that, in combat its record as a ‘MiG killer’ during Operation Rolling Thunder in 1965–68 would briefly surpass that of the USAF’s dedicated air superiority fighter, the F-4 Phantom II.

P-47 Thunderbolt: Northwest Europe 1943–44
The biggest, most numerous and most heavily-armed single-engined fighter of World War 2, the P-47 Thunderbolt met with scepticism when it first arrived in Britain for service with the Eighth Air Force in 1943, but its durability, high-altitude performance and crushing impact on the Luftwaffe soon made believers of USAAF pilots.

F-86E/F Sabre: Korea 1951–53
Following on from the early success enjoyed by the F-86A Sabre, the improved F-86E with its ‘all-flying’ tailplane and F-86F fighter-bomber allowed pilots to take on the high-flying MiG-15, which remained a serious threat into 1953. Superior training and the aggressive dogfighting tactics of the USAF pilots saw the Sabre prevail over considerably larger Communist fighter opposition.

Ki-43 ‘Oscar’: New Guinea and the Solomons 1942–44
As the most ubiquitous Imperial Japanese Army Air Force fighter in frontline service throughout the Pacific War, the highly manoeuvrable Ki-43 ‘Oscar’ was a deadly and often underestimated opponent for USAAF, RAAF and RNZAF fighters and bombers during the fiercely contested New Guinea campaigns.

Undoubtedly the most famous fighter type to see service on either side during World War 1, the Fokker Dr I with its trio of distinctively superimposed wings was used by a number of German Jasta on the Western Front. In the skilled hands of its numerous aces, including von Richthofen and Voss, the Dr I proved a formidable opponent.

Last month, we asked what you would like to see published in our Raid series. Thank you to everyone who voted and provided feedback. The results saw one book taking a clear lead. Check out the full results below to find out more!