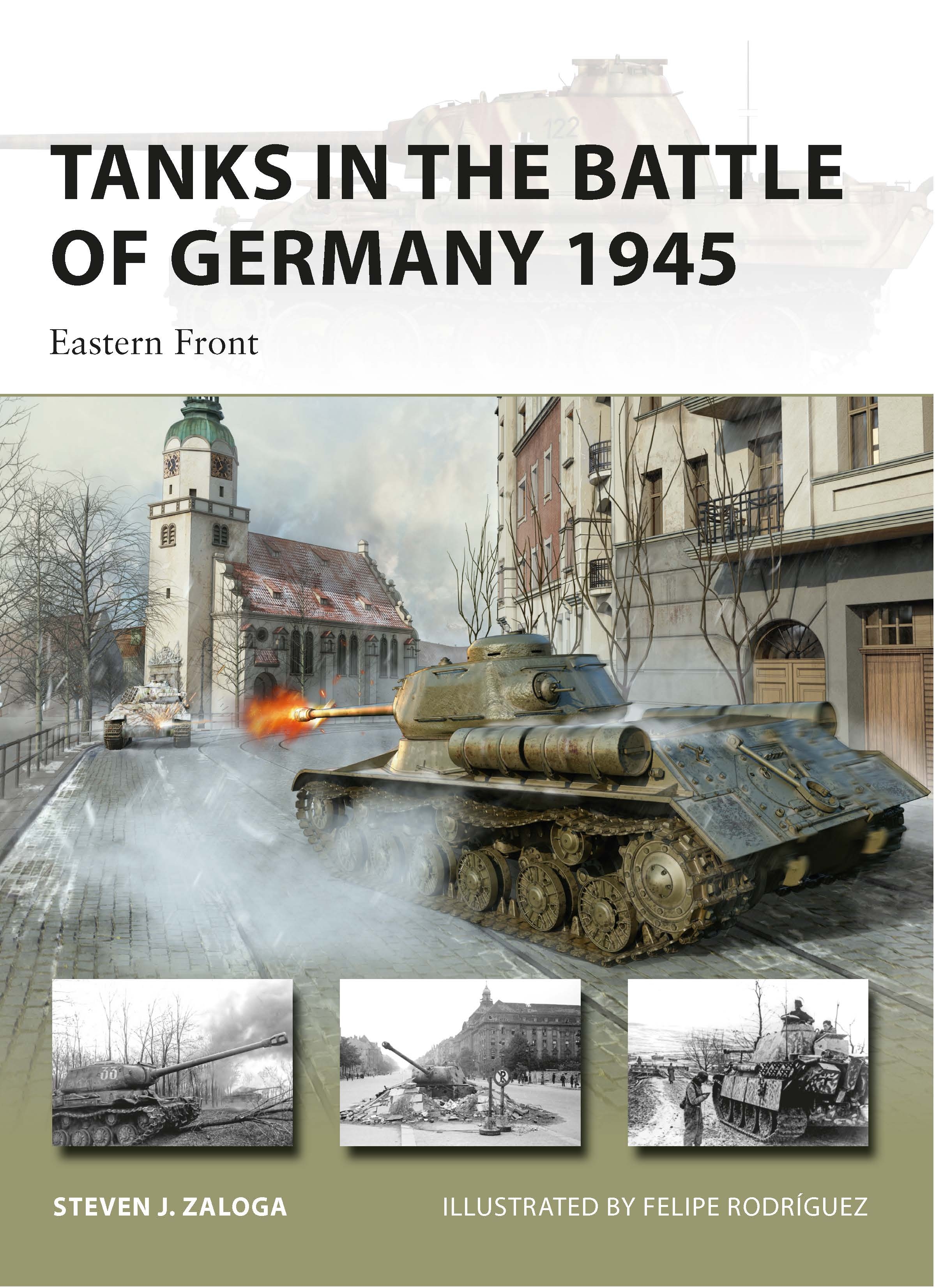 This book is a companion to Osprey New Vanguard 302 that covered the tank battles on the Western Front in 1945. For an Osprey writer, the main challenge is to condense a great deal of material into a small space while still offering some fresh perspectives. It’s easy to slide into two lazy approaches- a telephone directory listing the various tank types and their basic history and technical features; or a condensed campaign narrative with small snippets about tank actions. In this series, I’ve tried to cover both of these issues, but to balance them out with new and interesting archival discoveries.

For most of my professional career, I’ve worked as an analyst in the defense business. This means regularly dealing with numbers and statistics. Data on its own can be stale and dull, but it becomes interesting when an analyst interprets the deeper meanings in the stream of data. While writing about World War II tank history, I have noticed the general lack of good summary data about tank battles such as the size of the opposing sides, and the relative losses suffered by both sides in combat. So, one of my objectives in this series has been to ferret out scarce and unpublished data about these tank battles.

Archival research is one of the least glamorous but most important aspects of this work. In the case of the Wehrmacht, a great deal of data about World War II was lost or destroyed. This is particularly the case for the final months of the war. I have spent a great deal of time over the past decade going through German army records in Records Group 242 at the National Archives and Records Administration II in College Park, Maryland, in the northern suburbs of Washington DC. My days at the archive inevitably start with an early morning drive from my home, during rush hour, through the Baltimore and Washington DC metropolitan areas. Dealing with traffic congestion, stop-and-go traffic and other commuting frustrations usually consume the first few hours of my archive days.

Once I get to NARA II, I go up to the 4th Floor where the microfilm records are stored. The RG 242 collection is vast, consisting of thousands of reels of microfilm. The US and Britain microfilmed the captured German documents in the early 1950s before returning the original documents to Germany around 1955. The challenge of working in this collection is that it is not organized in any coherent fashion. One set of documents may be on one reel, while other portions of the same set may be scattered on several other reels in a haphazard fashion. On top of that, working with microfilm is an exhausting chore compared to normal paper records. The microfilm copies are nearly 70 years old and simply difficult to read.

One of the “veins of gold” in all this bureaucratic morass is the records of the Quartermaster of the Inspector General of the Panzer Force. The quartermaster produced a number of periodic reports that provide a rare statistical portrait of the Panzer force at some point in time during the war. This means going through thousands and thousands of pages of records. The finding aids for this collection are minimal, so finding these periodic reports involves both persistence and luck. At the end of a day at the archives, I hop back in the car and spend the next few hours driving through rush-hour traffic back home. The rewards are usually five or ten good pages of information. It’s taken me years to collect the data that is presented in this book.