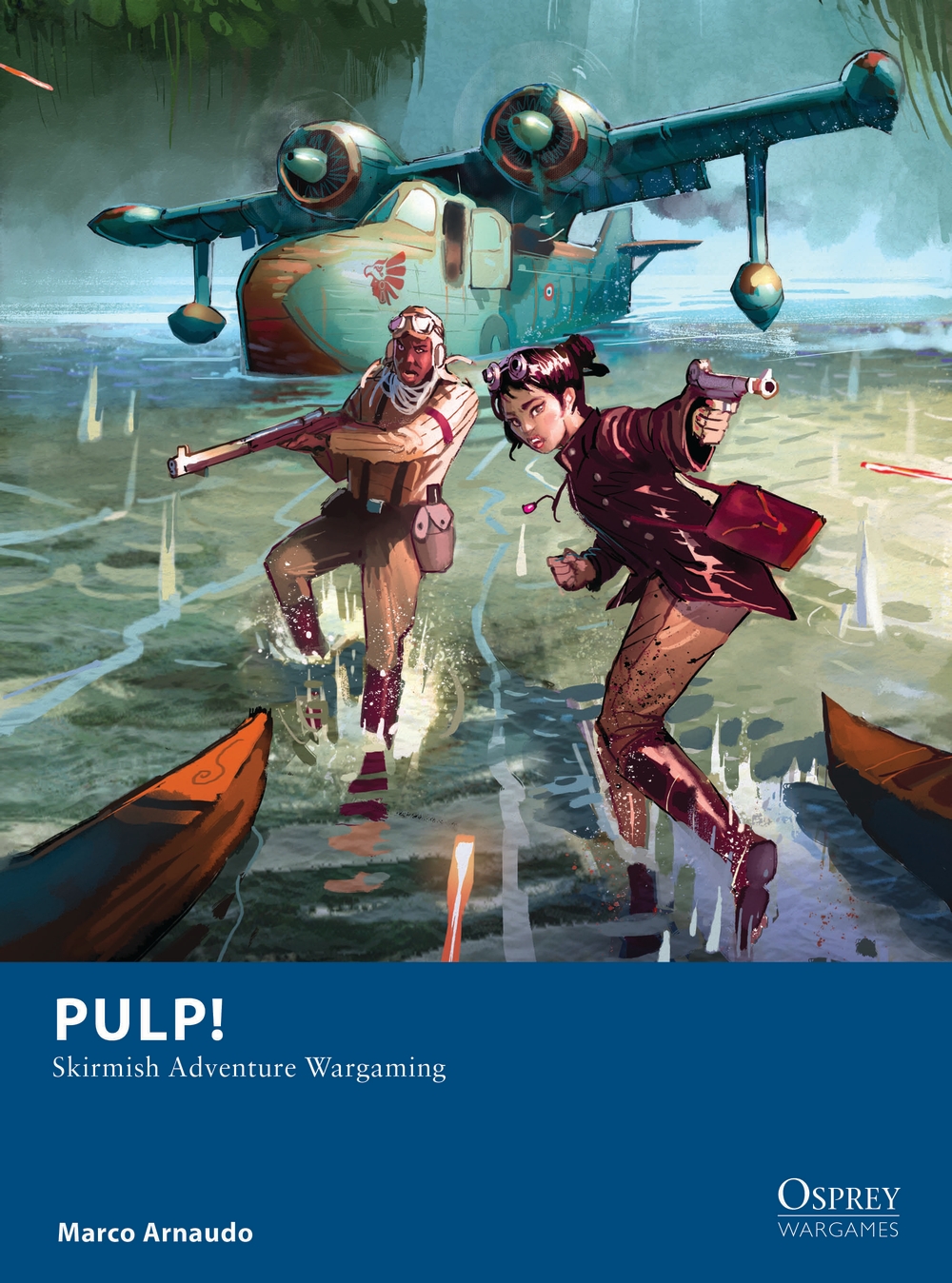 The year's almost over but we still have one new release for you! The latest Osprey Wargame Pulp! is here, from author Marco Arnaudo and with art by Dimitris Martinos. Read on to find out more...

A set of wargames rules covering heroic adventure and dastardly villains during the early 20th Century.

Enter a world of perilous adventure and explore steaming jungles, desert canyons, and arctic wastes! Brave the perils of nature and discover lost ruins, ancient treasures, and the secrets of forgotten civilizations! Race against rival adventurers and face off against diabolical villains! Take to the city streets and fight back against gangsters, spies, and sinister cults!

Pulp! is a scenario-driven skirmish wargame set during the interwar years of the early 20th Century. Players build teams of bold explorers, daring archaeologists, hardboiled detectives, and costumed avengers – or criminal masterminds and evil geniuses – and dive into a world of fortune, glory… and menace. Pulp! contains all the rules needed to game globetrotting escapades in this rip-roaring era.

Watch the Guerrilla Miniature Games review for a sneak peek!

And check out the board game review channel of Marco Arnaudo - the author of Pulp! - over on Youtube @MarcoOmnigamer...