When first published in 2014, Lion Rampant was one of only a handful of ‘large skirmish’ rulesets for the Ancient and medieval period, but over the years, this type of wargame has become better established and increasingly popular. My overall goal was and remains to be to design a miniatures game that is easy to learn, makes you think about how best to use your resources (your units), and provides entertainment for yourself and your friends.

When I wrote the original Lion Rampant rules, I used the following design goals and I have stood by them for this edition:

Games about Vikings and knights should be fun. The emphasis is on a playable medieval-themed game rather than an over-detailed simulation of medieval warfare.

Use no unusual dice, cards, or supplements… make it accessible for gamers new to the hobby.

Use quick play and minimal record keeping to allow multiple games in a session.

Let scenarios drive the game and make the victory conditions interesting and feel like a narrative story.

Offer malleable army selection, there should be no hard and fast army lists.

Create a medieval miniature wargame that’s an excuse to push some colourfully painted models around the table.

So, what is different aside from the page count, new cover art, and hardcover binding? 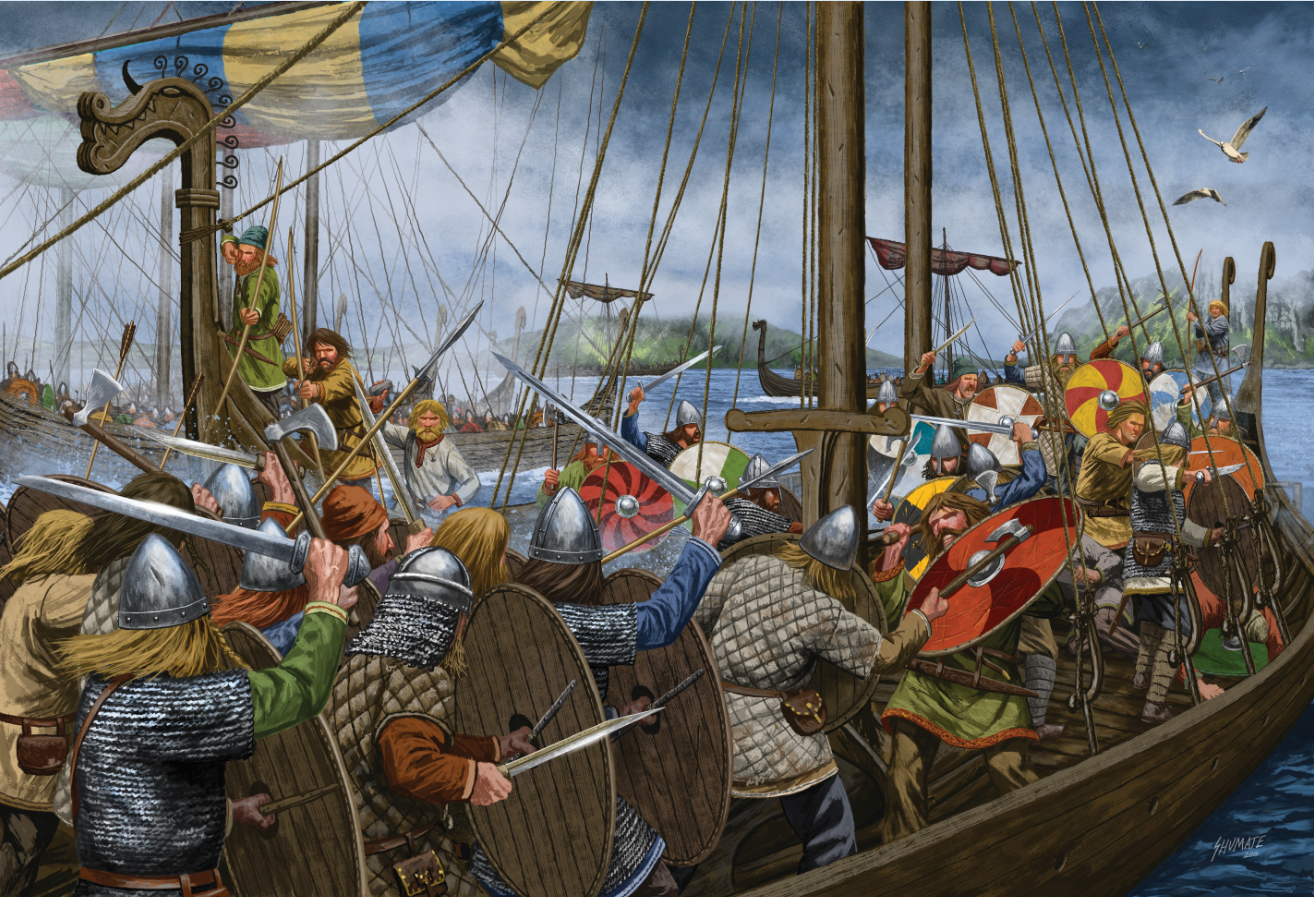 The period covered by the rules has been lengthened. I’m aware of plenty of players who were using Lion Rampant for their Arthurian and Viking Age games. The Second Edition is better suited to the full period from the Fall of Rome to the adoption of gunpowder (where The Pikeman’s Lament rulebook takes up the reins), with troop types renamed to better fit this wider period of history rather than just Western Europe in the High Middle Ages, as shown below. The troops’ functions do not change, although some new upgrades are available to cover a more complete range of fighting styles.

Restrictions on the number of each unit type selected in your Warband have been removed, allowing players more flexibility in putting together their ideal combinations. The headline changes when mustering your Warband are:

Basic unit profiles have not changed, but they have been renamed to cover a wider historical period (as noted above).

There are some new unit upgrades but no first edition ones have been removed.

There are no restrictions on the troop types used in your Warband but your Warband must consist of between 4 and 10 units.

Viking Age Warbands may opt to use optional Shieldwall rules at no points cost.

If you’re familiar with the first edition you’ll find that the battle rules have not changed significantly (a couple of minor corrections have been made and a few points clarified or modified; and there are changes to the way Wild Charges and Retreats work). Here’s a brief list of what has changed in the battle rules:

All Leaders now have the old Commanding skill for free but must now pay for other skills (chosen by the player).

A unit that fails a Wild Charge test may test for a Move action during the ordered activation phase.

Several rules that have created recurring queries since publication in 2014 have been clarified or reworded:

Adaptable units (was Ferocious in the first edition) use their normal Armour value.

Rules for pavises are more detailed.

Rules for evading are more detailed.

Wall of Spears (was Schiltron in the first edition) is more detailed.

Slinger range is updated and they have become an optional unit type.

Distances for your Leader's influence (and skills) are measured directly from your Leader's model, not from other models in their unit.

Leader bonuses only count if the Leader’s unit is not Battered (a sometimes-missed rule from the first edition).

Units unable to retreat the full distance now lose a number of models equal to the unmoved distance in inches rather than rolling a die.

Rules are added for storming defences (based on The Men Who Would Be Kings).

Terrain types are better defined due to the increased page count.

Two alternative rules are included in the core battle rules, both of which detail a different way to play based on gamers’ popular house rules: one for unit proximity (reducing the distance you need to keep between units), and one for what happens when you fail an activation test. You have the choice of trying these or ignoring them.

The new, expanded format has also allowed me to add more detail and ideas that could not be crammed into the first edition. This includes some of the additional rules that I’ve worked on over the years since 2014. These rules have been placed in their own chapter to avoid any confusion with the basic rules, making it easier to navigate between the classic rules and these optional ideas. Here are some of the optional rules you’ll find in the rulebook:

Playing with multiple Warbands per side 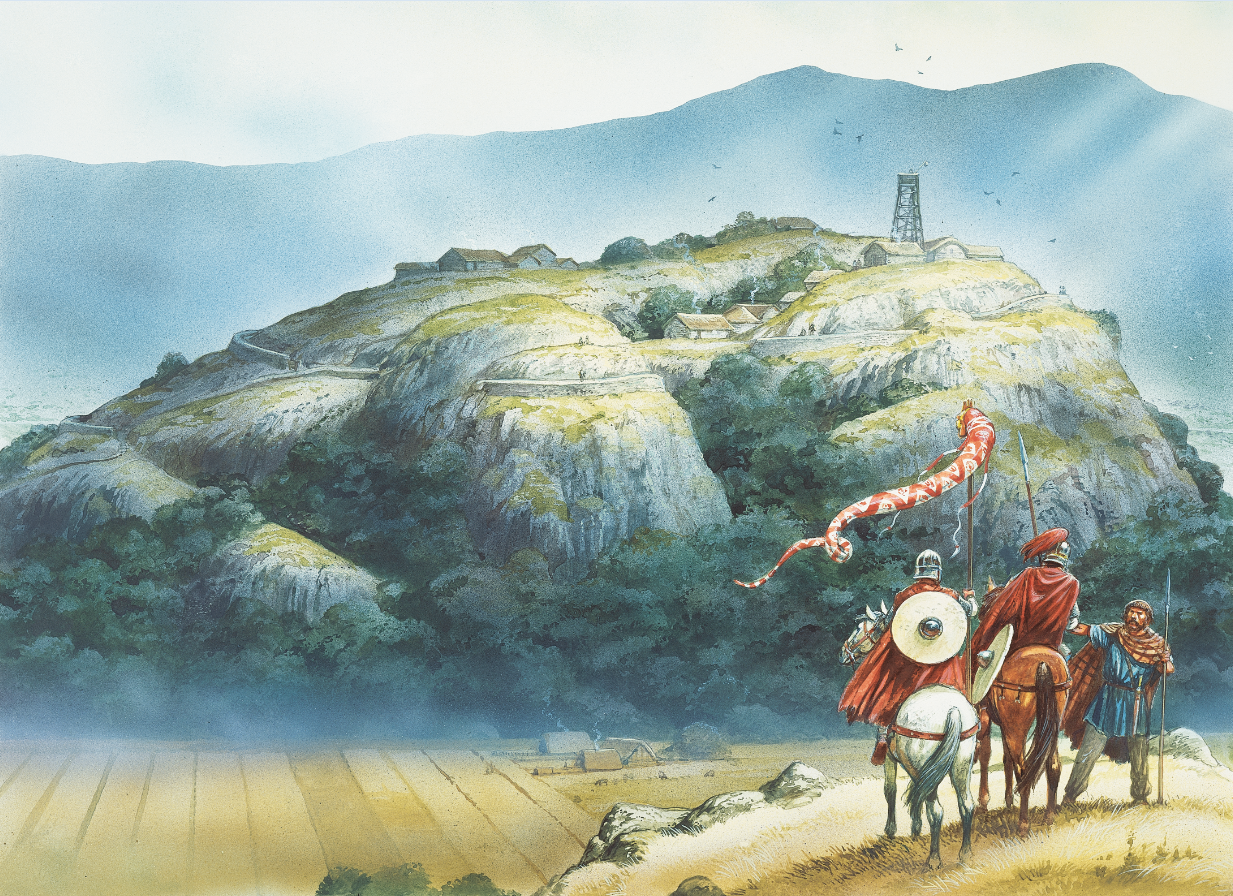 Finally, the number of scenarios in the rulebook has grown to a grand total of 16. Scenarios are the heartbeat of Lion Rampant, so it’s been good to squeeze a few more in. I’ve also been able to expand my ideas for simple campaigns into their own chapter. I’m not one for lengthy campaigns with lots of record keeping, so I prefer linked scenarios. The Lion Rampant: Second Edition rulebook offers two different ways of trying this style of gaming out, although you could of course build your own more in-depth campaign (going it alone or building on the ideas I’ve presented).

Veteran players will be relieved to know that the points values of the original troop types haven’t changed. This means that any Lion Rampant army you’ve previously collected is perfectly compatible with this new edition. And as the rules have been expanded, rather than rewritten in some way, if you’ve previously played Lion Rampant, you won’t have to spend much time learning a new set of rules… instead you can focus your hobby time on getting your miniatures onto the tabletop and into battle! Ultimately, that’s what Lion Rampant is all about.

Preorder your own copy and take to the battlefield as Richard the Lionheart, Joan of Arc or William Wallace -
or forge your own legend.