Let your imagination run rampant! Lion Rampant: Second Edition, the large skirmish medieval wargaming ruleset, is out now. Read on to hear from author Daniel Mersey, get all the details on the game and order your copy today...

"My second edition is expanded to cover the Dark Ages as well as the medieval period, so you have a good excuse to buy new miniatures! I've added extra scenarios and expanded the campaign ideas, given greater details for terrain, included a chapter of optional rules for more period flavour, and offered you some new unit upgrades. The core rules have a few updates but it's still Lion Rampant as you know it. And something that's very important to me is that any army you raised for the first edition is still playable using this new edition." 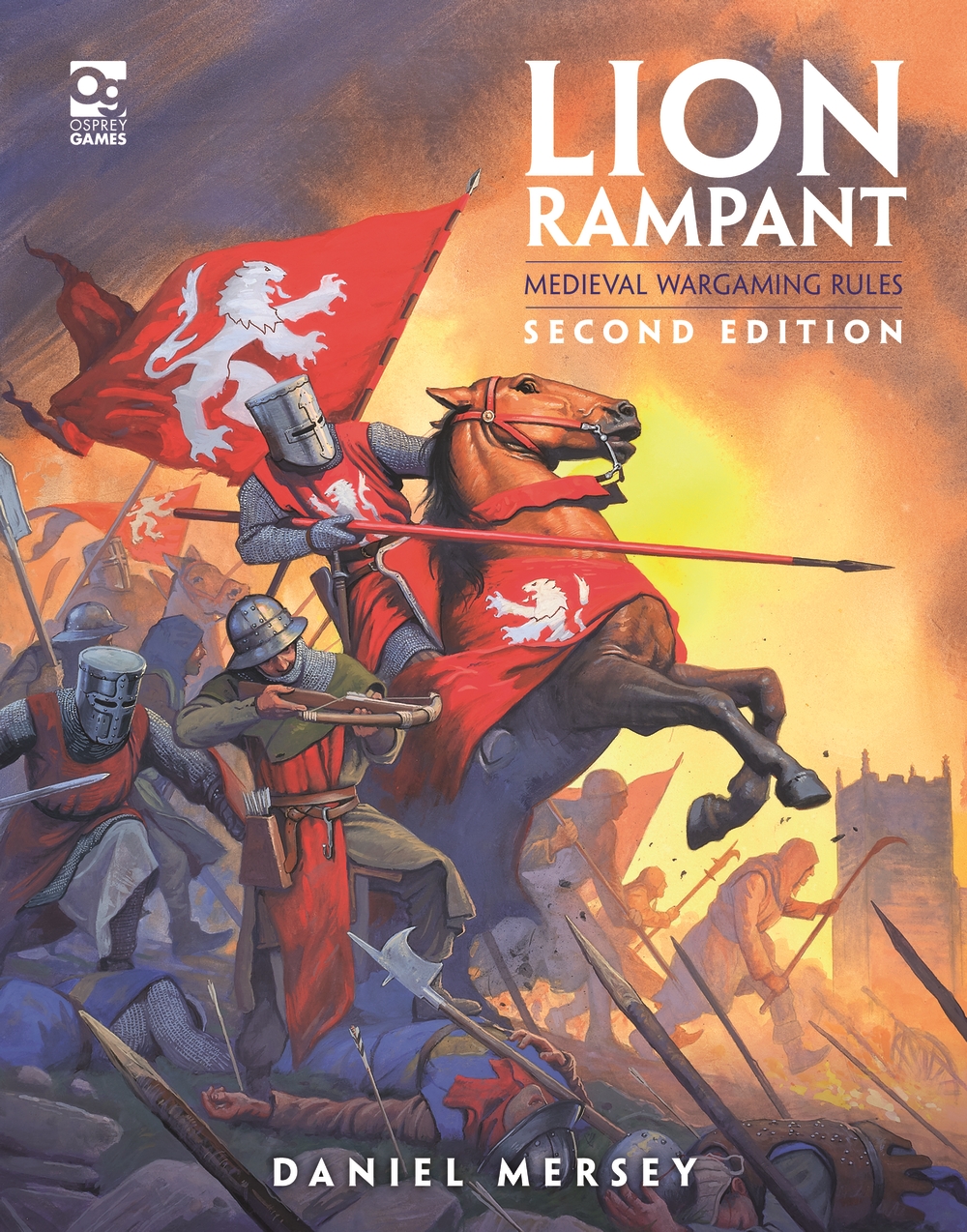 Take to the battlefield as Richard the Lionheart, Joan of Arc or William Wallace - or forge your own legend - with Lion Rampant: Second Edition. From the Dark Ages to the Hundred Years' War, raids, skirmishes, and clashes between small retinues were a crucial part of warfare, and these dramatic small-scale battles are at the heart of this easy-to-learn but tactically rewarding wargame.

Lion Rampant: Second Edition is a new, updated version of the hit Osprey Wargames series title, and retains the core gameplay while also incorporating a wealth of new rules and updates from several years' worth of player feedback and development. Whether they are looking to recreate historical encounters or tell their own stories, the varied scenarios, unit types, and sample retinue lists found in this volume provide everything players need to face each other in quick, exciting, and, above all, fun tabletop battles.