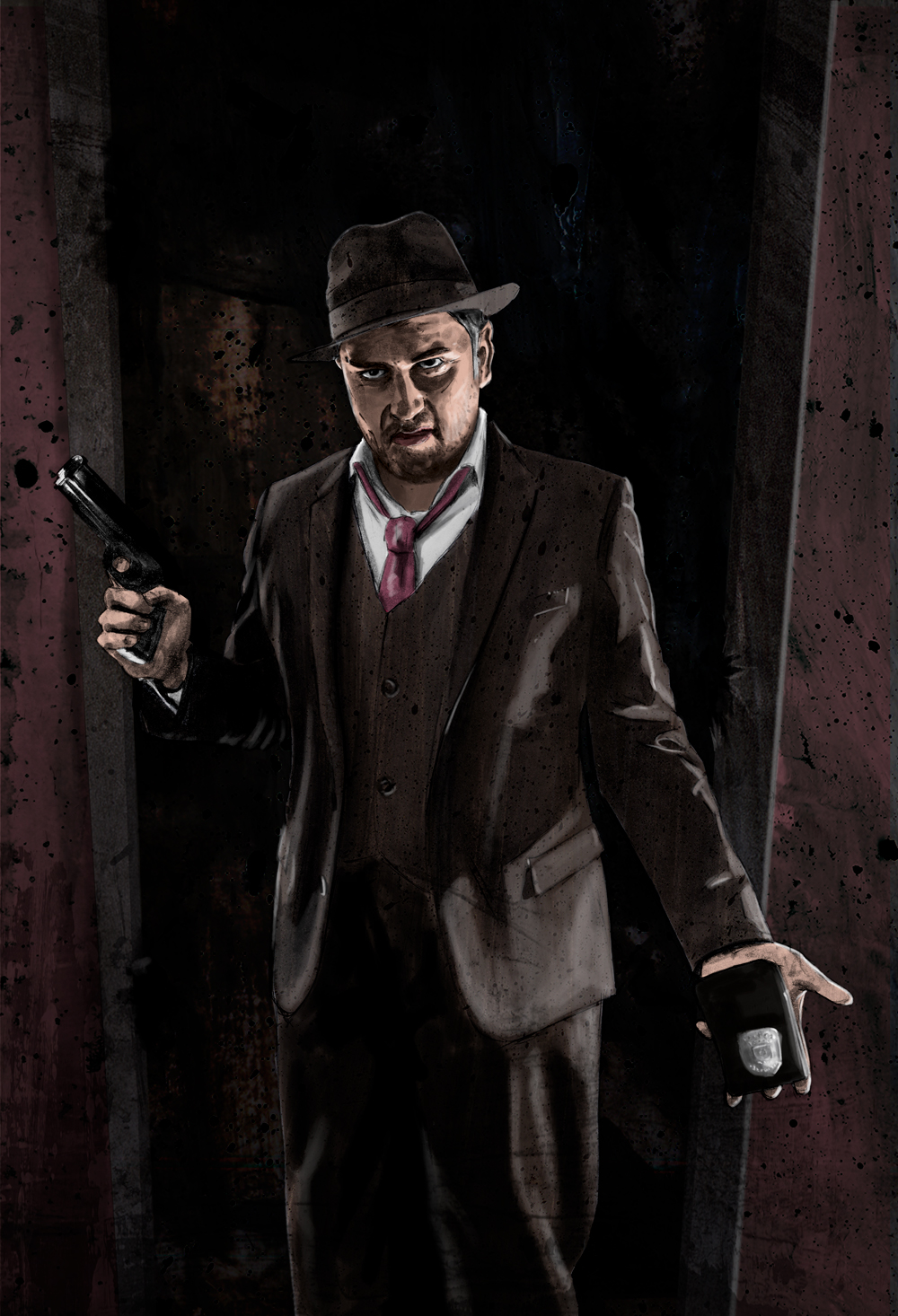 Last month we ran a play-by-poll choose your own adventure on Twitter for our brand-new RPG, Hard City: Noir Roleplaying, written by the author Nathan Russell! Over two weeks we posted a scenario in daily chunks and our Twitter followers voted on what action the protagonist should take. The winning answer shaped the story moving forward and took it in entirely different directions on the fly. We've collected together the full narrative with all the final results here. Read on to start a day in the shoes of the House Detective...

10am. Your day starts like any other; half asleep at your desk in the House Detective’s Office of the Grand Hotel, nursing an empty bottle and a hangover. A banging at the door rouses you just before the manager bursts in and exclaims, “There’s been a murder!” 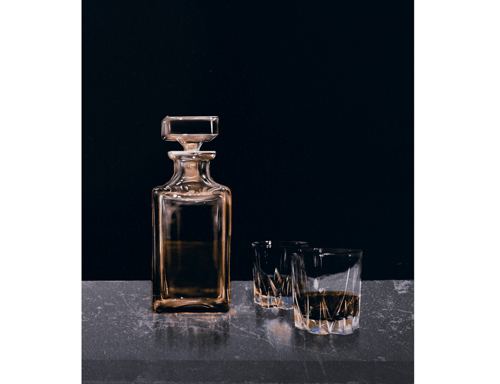 Melodramatic, but he always is. Anyway, housekeeping found the French Ambassador and a woman dead in his suite this morning. Shot. Messy. The cops are on their way, but everyone knows they couldn’t find their own ass with both hands. You stand, put on your hat. What now, pal?

The opulent suite is a tableau of passion, the couple entwined in the bed. It’d be romantic if it weren’t for the bullet holes. A single throw cushion looks to have been used as an improvised silencer, and a bloody mark on a side table suggests someone ran into it in the dark. 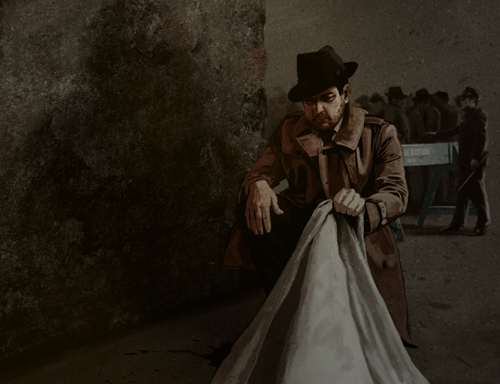 The couple’s belongings confirm they’re Louis Toussaint and Gloria Crane; he an ambassador, she a singer at The Tropicana. They were married, just not to each other. This could be a crime of passion, but could also be political. The cops will be here soon, what do you do?

A little leg work soon finds a guest who saw a tall individual in a trench coat & hat leave the ambassador’s suite around midnight. They had a distinct limp. Ready to leave, you notice the elevator on the way up. Probably the police. Maybe you should use the fire escape?

The Tropicana is an exotic jungle-themed nightclub with palm wallpaper and live caged birds. While closed in the day, it’s still a hive of activity; Showgirls are rehearsing, cleaners are polishing, and a bartender is restocking the mirrored shelves of the bar. What’s your move? 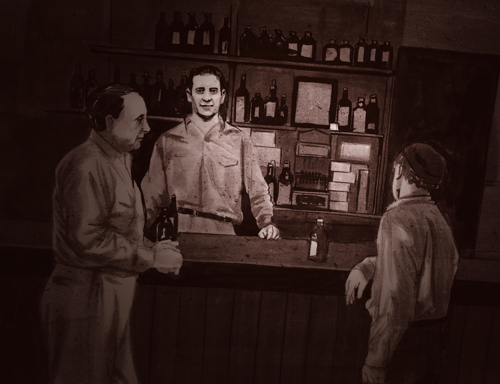 You take another slug of whisky as the bartender describes a huge fight Gloria & her husband Bill had last night. She left on the arm of a rich guy with an accent, & Bill Crane got very drunk. He left about 10pm muttering about payback. Your thirst quenched, it’s time to move on.

The dancers confirm Bill is jealous & violent; he once attacked a guy who sent Gloria flowers. They tell you he works at Grant Cannery by the docks, but most afternoons can be found at a bar called The Horn. As you close your notebook you spot a patrol car pull up out the front.

The Horn is a smoky waterfront bar frequented by factory workers & longshoremen. A nervous, weasel-faced labourer takes offense at your questions about Bill Crane & tells you to “get the hell outta here.” He is clearly uncomfortable & you sense he is covering for Crane. Do you… 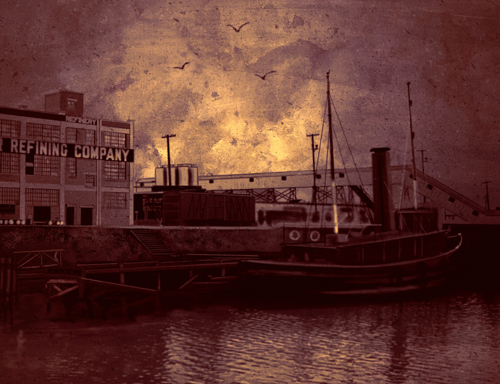 Leaning in close, you stick your roscoe into the guy’s ribs and warn him to give it to you straight. Fear in his eyes, the weasel stutters that Crane is hiding out amongst the homeless, in the maze of shanties beneath the pier. It could take hours to find him there. Do you…

The kid points you to a stinking hovel where Crane’s hiding. You go in gun first. He’s a man on the edge, eyes red, face filled with terror & guilt. He waves a pistol at you with shaky hands & you can see blood on his cuffs. “I ain’t goin’ in,” he growls through clenched teeth. 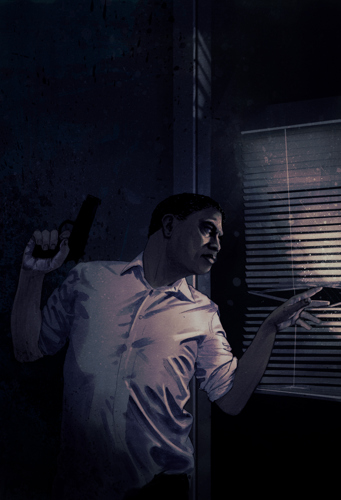 Your lie takes Crane off guard. His gun & gaze lower for a moment, but he spots the blood on his cuff & snaps back to reality. He raises the pistol again, but you’re already on him. You knock him down & point your own heater at him. “Sorry pal,” you say, “but the game’s over.”

Think you've got what it takes to make it in the Hard City? Try your luck today.

Check out the full character sheet author Nathan Russell put together for the House Detective over on his website!

And follow us on Twitter @OspreyGames to take part in play-by-polls for new RPGs in the future...