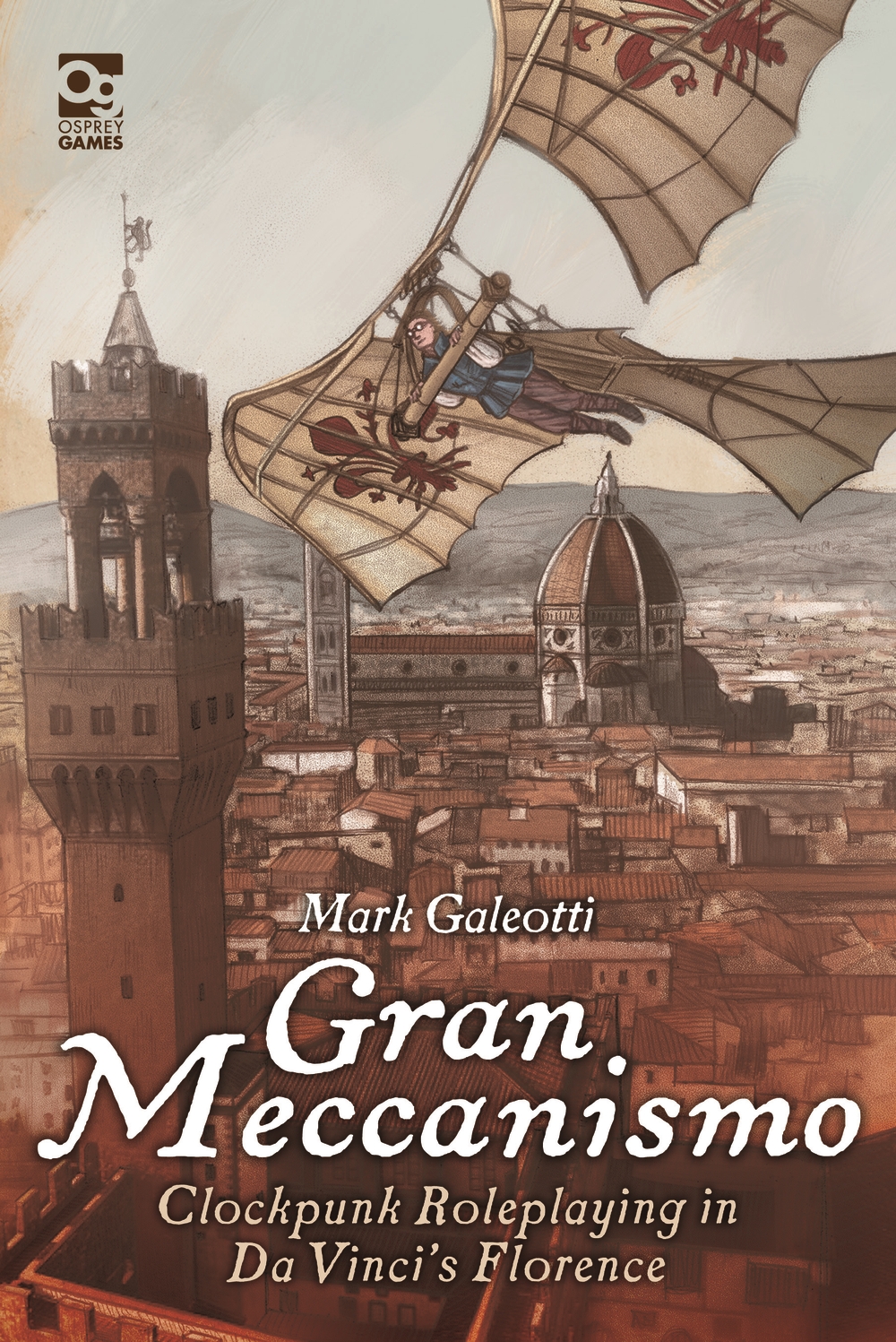 It's time to change history. Gran Meccanismo: Clockpunk Roleplaying in Da Vinci's Florence is out now! Read on to hear from the author, find out more and order your copy today...

"The Renaissance was one of those pivotal historical moments where suddenly it seems history has conspired to bring together amazing characters and world-changing events, glorious art flourishing amidst bloody warfare, and I’ve long felt it has been neglected as an inspiration for play. Throw in weird science and a streamlined d6 dice pool mechanic that allows the same quick and easy resolution of everything from a swordfight to a trade deal, and I’m really excited about the kind of games that Gran Meccanismo can allow. Clockwork knights, self-aware computers powered by water wheels, mercenary armies being shadowed by glider scouts, sinister Venetian spies, French super-guns, a Pope on the verge of declaring an anti-technology crusade and assassins in the shadows – it’s got it all!"

"For me, Gran Meccanismo is one of those games that I never knew I needed until, suddenly, it appeared and I absolutely did. Mark's setting-first approach, coupled with the robust, storytelling-focused mechanics, make this wild, alternative Renaissance Italy an absolute joy to explore, from the palaces of cardinals and dukes to the alleyways and taverns of Florence or Genoa." 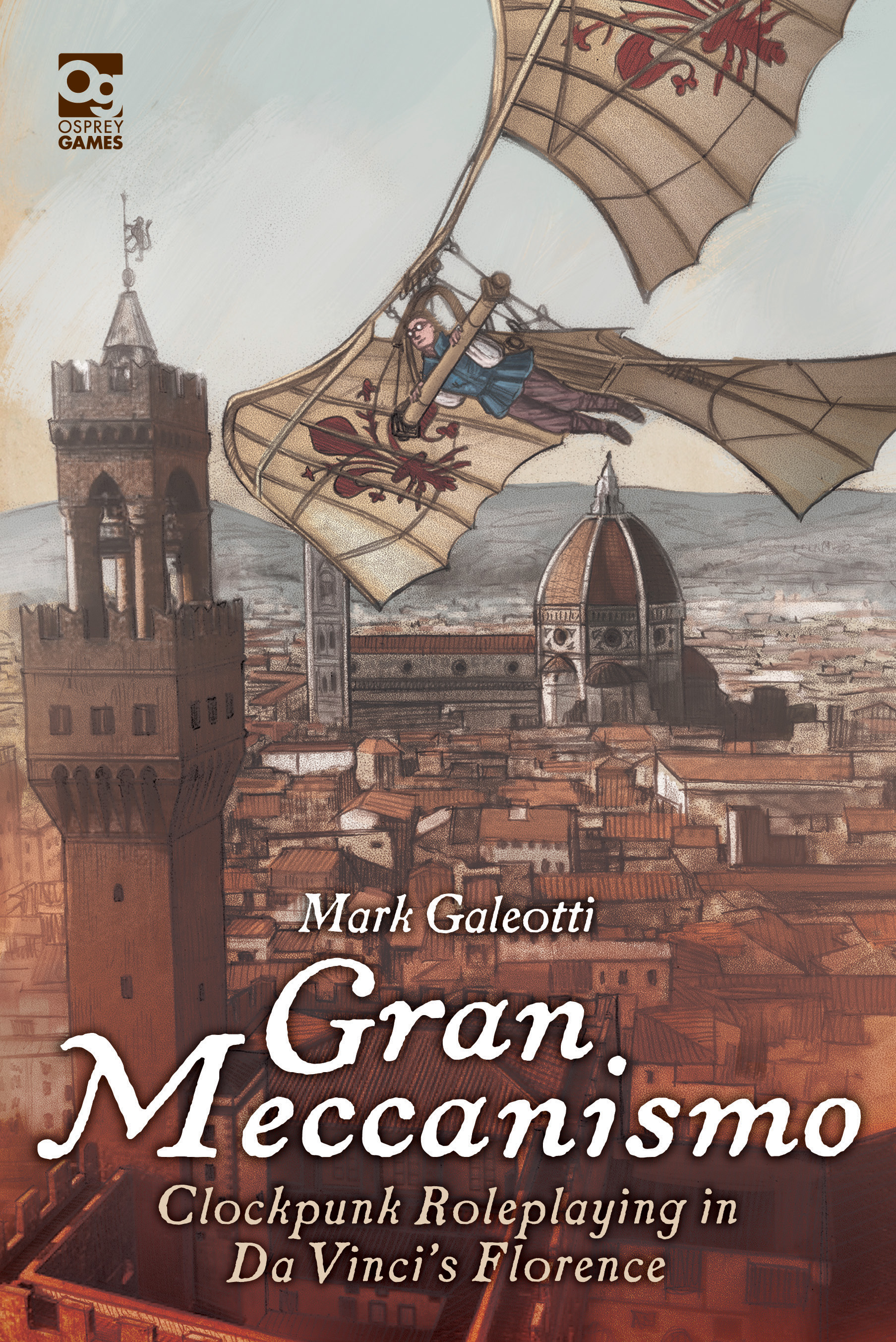 It is the Year of Our Lord 1510, and one has to wonder how differently history could have played out if Niccolò Machiavelli, the military commissioner of the Republic of Florence, had not understood the true scale of Leonardo da Vinci's genius. In such a world, the visionary might simply have wasted his time painting portraits of women and doodling in a sketchbook. Instead, he unleashed a technological revolution where primitive computers, decorated with delicately painted cupids, run on water clocks; spring-powered tanks whir across the battlefield, cannons thundering from their flanks; and gliders flit across perfectly blue Tuscan skies.

Gran Meccanismo is a roleplaying game of swashbuckling adventure in a Renaissance Italy where Florence's winding alleys play host to spies, scholars, and sell-swords alike. Players are nobles, mercenaries, inventors, and artisans who may find themselves crossing wits with Machiavelli, avoiding the dangerous charms of Lucretia Borgia, or hearing Christopher Columbus telling tales of the new world he has discovered...

Gran Meccanismo is out now! Order your copy today.