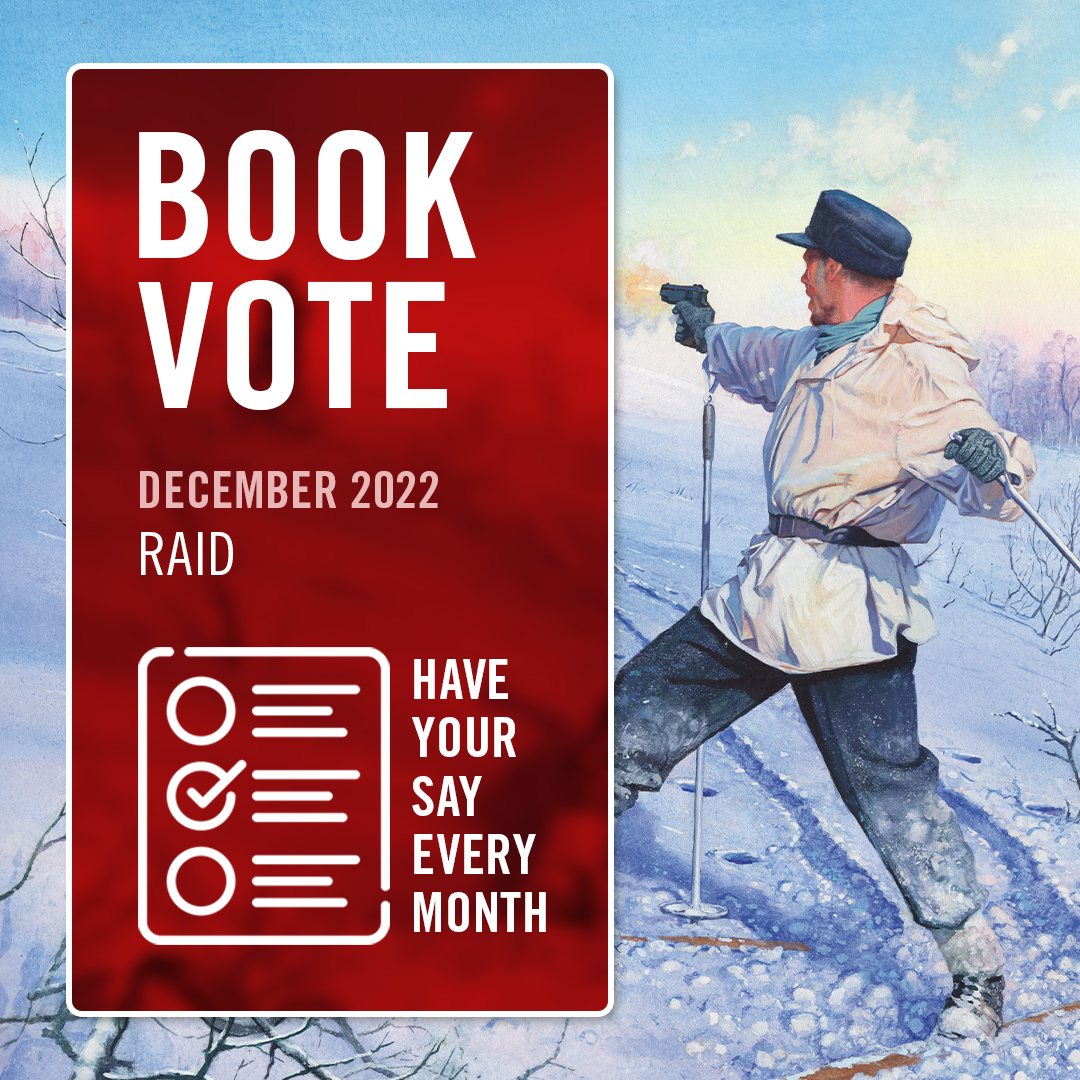 This month's book vote sees five Raid titles battling for your support. Read the full descriptions and have your say by clicking on the link below. Plus, check out the results of last month's Campaign Vote.

Vikings Raid the Rhineland 881–884 AD: Longships in the heart of Europe

Vikings Raid the Rhineland 881–884 AD: Longships in the heart of Europe

Prior to the expedition into western Francia that besieged Paris, the Vikings had fought another campaign on a great European river, the Rhine. After the Great Heathen Army was defeated by Alfred the Great in 878, the Vikings turned to the heart of Francia, sailing up the great river to attack Charlemagne’s imperial capital at Aachen, and rampage deep into the continent. Raiding, seeking tribute, and burning cities that could not pay, the raiders reached as far as the Moselle and Metz, where their losses at the Battle of Remich forced their retreat.

Thomas, Lord Cochrane was the epitome of the dashing, independent frigate-captain of the French Revolutionary and Napoleonic wars, and his cruise in command of the brig Speedy would be immortalized in historical fiction. During 13 months in 1800–01, his little brig captured, burned, or drove ashore 53 ships, most famously capturing the far more powerful 32-gun xebec-frigate El Gamo.

The ‘Pastry War’ between France and newly independent Mexico is little remembered, but saw a remarkable demonstration of the revolutionary firepower of the Paixhans gun, firing explosive shells. With a French expedition bogged down and exhausted by disease and the rigours of campaigning, a squadron of modern French frigates and bomb ketches was sent to tackle the powerful fortress of San Juan de Ulúa at Veracruz. The success of the bombardment and the follow-up raid surprised the world, and hastened the adoption of the new weaponry and the rise of the ironclad.

On November 21, 1970, meticulously prepared US Special Forces in HH-53 helicopters, supported by a bewildering array of combat aircraft including Phantoms, Combat Talons, Skyraiders, and even the SR-71 Blackbird, raided the POW camp at Son Tay, near Hanoi. Having trained for months and utilizing the best troops and air crews possible, the raid was executed flawlessly. It was the epitome of joint commando operations and regarded as an unheralded success. Except, due to an intelligence failure, the prisoners were missing. But Ivory Coast was the first operation to be conducted under the direct command of the Joint Chiefs of Staff, and was among the most important moments in the development of modern US Special Operations Forces.

Following a series of Libya-supported terrorist attacks against in Europe, and confrontations between US Navy fighters and Libyan fighters and warships in the Gulf of Sidra, the United States ordered a strike on Colonel Gaddafi’s capital. Originally planned to be the first operation of the top-secret F-117, the stealth aircraft was pulled from the mission at the last minute due to secrecy fears. Instead, this would be a complex 14-hour mission flown by F-111s from Britain, refuelled by 28 tankers, and supported over the target by carrier-borne A-6s, EA-6s, EF-111s, A-7s and F/A-18s.

Last month, we asked what you would like to see published in our Campaign series. Thank you to everyone who voted and provided feedback. The results were quite close between three books. Check out the full results below to find out more!