In today's blog post, we're looking at three fantastic pieces of artwork from three of our November 2021 titles. Let us know what you think in the comments section and, if you would like to see any artwork from any of our December titles, be sure to mention that too! 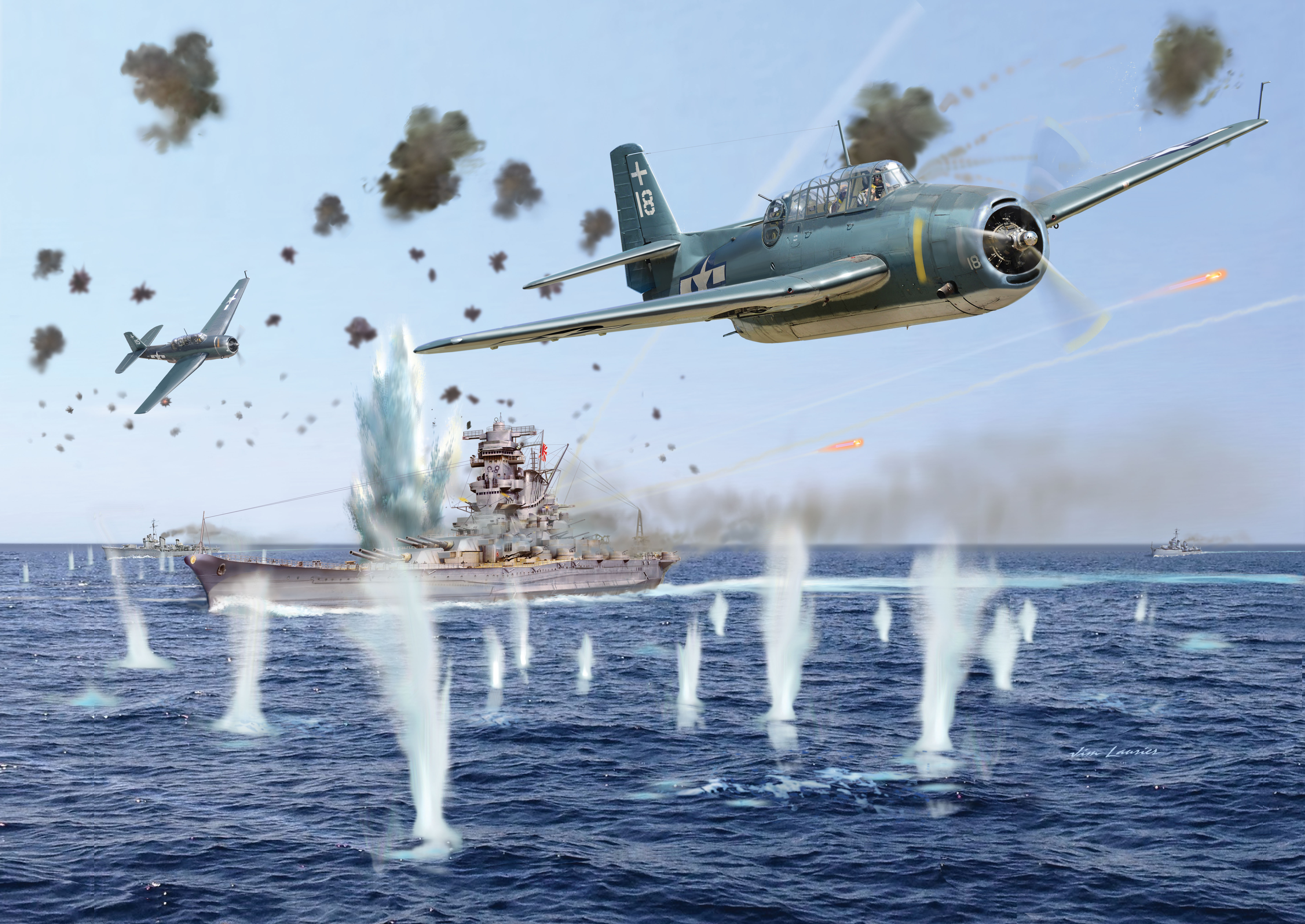 This piece of artwork, requested by BigSmoke, depicts Musashi under attack in 1944. The first air attack against the First Diversion Attack Force was mounted by aircraft from TG 38.1. The strike was led by Commander William E. Ellis of Intrepid’s air group, who selected Musashi as the focus of his attack. Six Helldivers began the attack. Flying into what was described as a seeming wall of antiaircraft fire, the Helldivers could only manage several near misses. Next up were the Avengers. Of the eight Intrepid Avengers, six were directed against Musashi. Per doctrine, these were divided into two three-plane sections for an anvil attack. Shown here are two of the three aircraft that attacked Musashi from her starboard side.

CAM 371: The Battle of Hue 1968 by James H Willbanks
Artwork by Ramiro Bujeiro 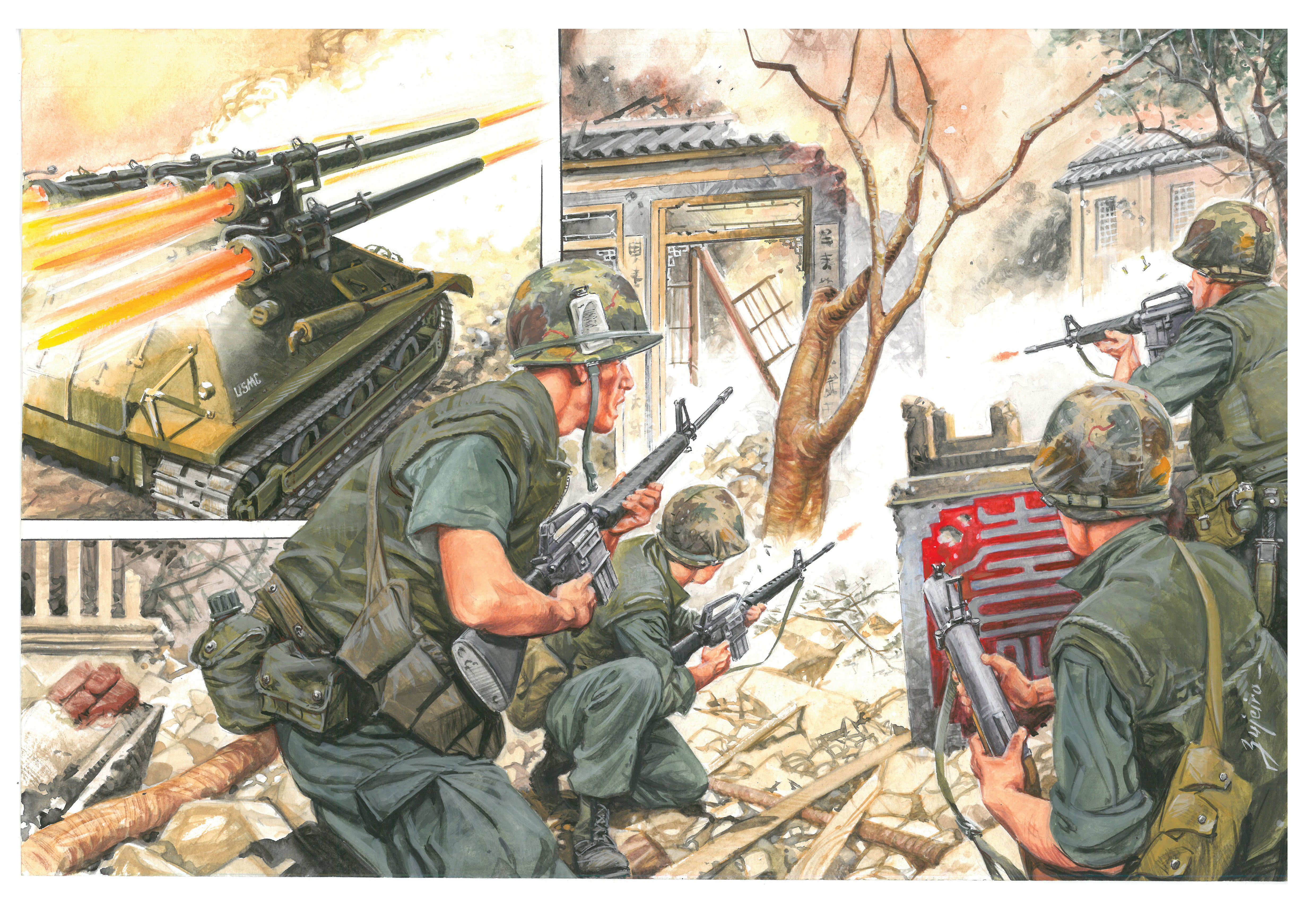 This next illustration, requested by Tarawa90, shows TF X-Ray Marines fighting their way through southern Hue in February 1968. Shown here is a typical scene from the fighting on the south side of Hue City, where the Marines fought their way through the shattered remains of houses and gardens, clearing them with whatever supporting fire was available, blowing holes in walls with recoilless rifles, then sending fire teams and squads into the breach. Taking advantage of Hue’s numerous courtyards and walled estates, the NVA and VC fought the Marines every step of the way. The Marines were particularly enthusiastic about the M-50 Ontos (seen at top left), which was used very effectively in the direct fire mode to suppress enemy positions and to blow holes in the buildings so the Marines could advance. Among the personal weapons carried by the Marines shown here are the 5.56mm M16 rifle, and the 40mm M79 grenade launcher. 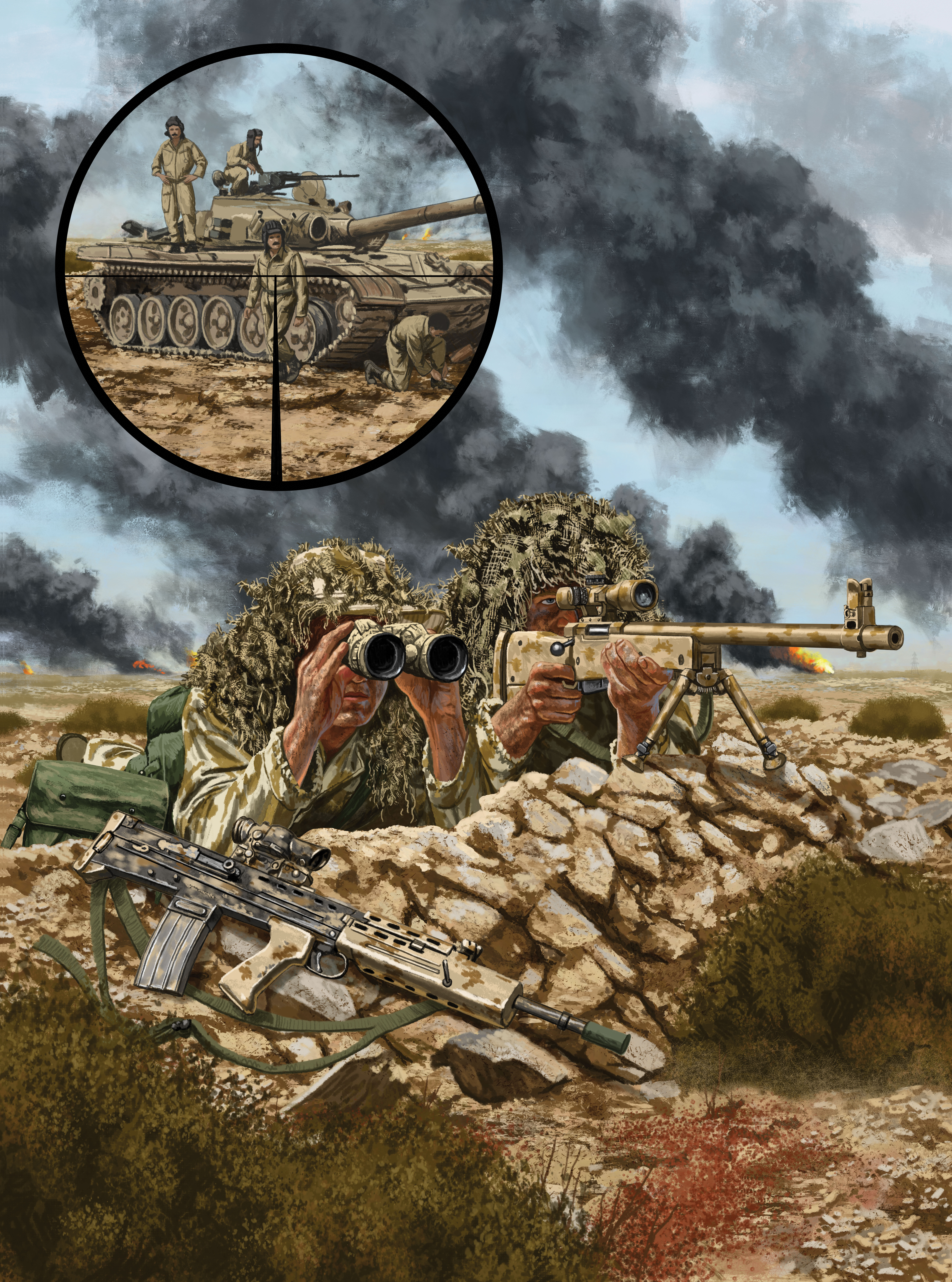 This final plate depicts British snipers during Operation Desert Storm in 1991. British forces have pushed deep into Kuwait to engage with Iraqi forces. A British sniper pair are operating on the forward edge of their battlegroup to collect intelligence and to look for priority targets of opportunity. US Air Force A-10A Thunderbolt II ‘tank-buster’ aircraft have already swept through, leaving several Iraqi vehicles burning. As the Iraqi forces withdrew, they set fire to the oilfields out in the desert; the thick black smoke can be seen for miles. The sniper pair have located a T-72 main battle tank of the Iraqi Republican Guard; the Soviet-built tank is stranded and on its own, having probably broken down. The tank crew are still manning the vehicle, either waiting for help to arrive or preparing to abandon it. The sniper pair observe the target, weighing up the risks of opening fire on a tank which – although immobile – can still bring a huge amount of firepower to bear.