In today's blog post, we're looking at three fantastic pieces of artwork from three of our January 2022 titles. Let us know what you think in the comments section and, if you would like to see any artwork from any of our February titles, be sure to mention that too!

Artwork by Edouard A. Groult 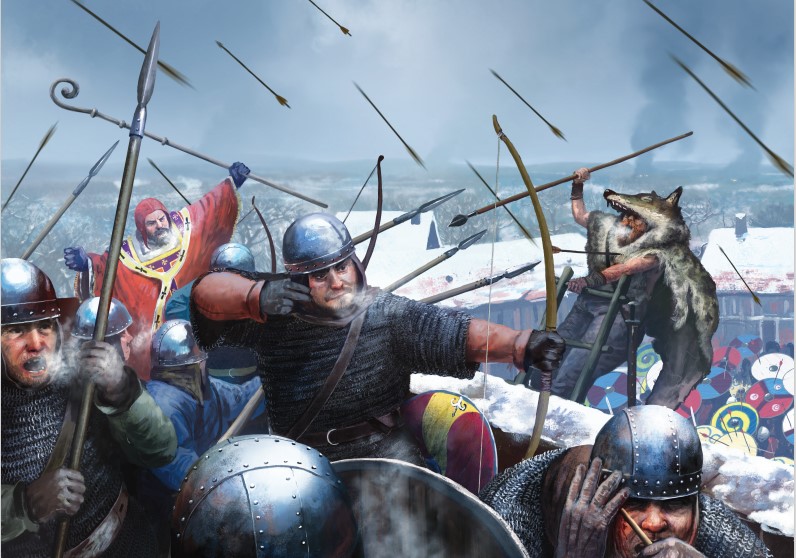 The first image in January's reveal, requested by Paul W, shows Gauzlin, Bishop of Paris, rallying and directing the defence. Such was the distracted state of the Frankish realm in the waning years of effective imperial authority that responsibility for military initiative had increasingly devolved to local leadership, ecclesiastical as well as secular. Along with Count Odo of Paris, it was Gauzlin who was responsible for preparing the city to withstand a siege, and throughout the campaign, until his death, he led from the front. In the epic poem that related his eyewitness account of the siege, the monk Abbo of St Germain-des-Prés abbey, who clearly knew Gauzlin first-hand, mourned the loss of the bishop, ‘the mildest of heroes … our firm bulwark, our shield, our two-edged sword … our strongest bow and our keenest arrow’, who ‘Journeyed to the Lord’ on 16 April 886, having ‘sought the stars that he too might be like them’. 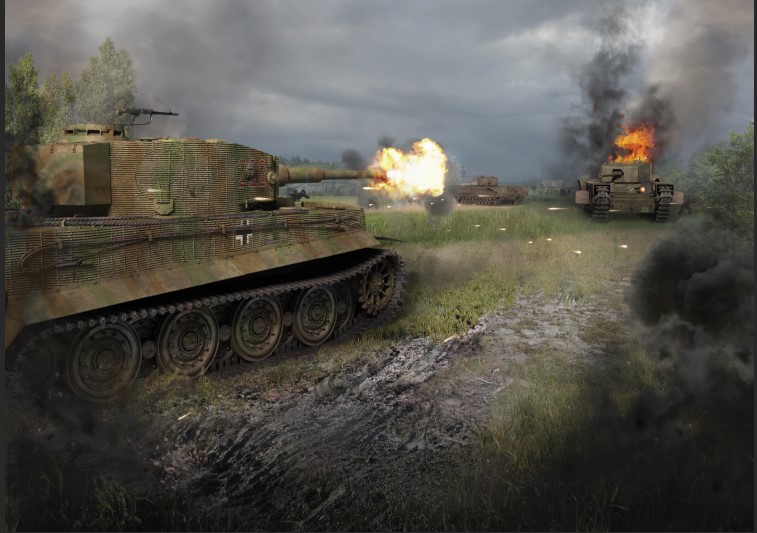 The next image in our reveal, requested by Adam C, depicts a Tiger of s.SS-Pz.Abt. 102 engaging 9 RTR Churchills at Maltot during Operation Jupiter, 10 July 1944. The Churchill Mk III with its angular welded turret and the Churchill IV with its more rounded cast turret were used interchangeably, and in many units were supplemented by the more heavily armoured Churchill Mk VII. 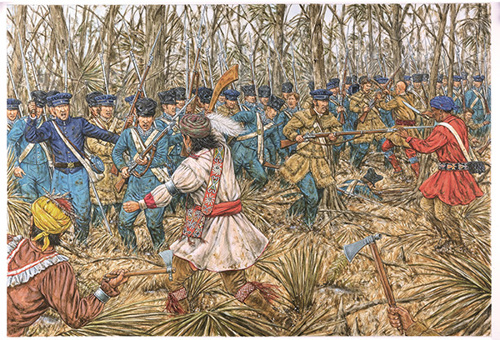 The final image displays the 4th Infantry at Lake Okeechobee. Viewed through the eyes of a Seminole warrior, the 4th Infantry change front in the hammock to counter a flank attack toward the end of the battle at Lake Okeechobee. 2d Lieutenant Buchanan yells the orders “Battalion half wheel to the right, on left platoon” and “Form a line” at the enlisted men and they move round to the right to face the charging Seminoles. Changing front was a difficult maneuver to perform under fire, especially in such difficult terrain, and some of the infantrymen shown here stumble over tree roots and through the tangled undergrowth in their effort to keep the battle line in order to face the enemy Several men fall wounded while others lunge their fixed bayonets at Seminole warriors attempting to engage with them at close quarters. Of these events, Buchanan recorded in his diary that the 4th Infantry saved the day by this maneuver, which resulted in the Seminoles abandoning the field of battle.

And that concludes our artwork reveal for our January titles! We'll be back next month with a sneak peak of some of the artwork from February's releases.