In Imperium, you are going to take the reins of a nascent civilisation and attempt to lead it to greatness, expanding its dominion, developing its technology, and propagating its culture. Each civilisation has its own unique set of strengths and challenges, and mastering the game requires you to manage these amidst ever-changing circumstances. 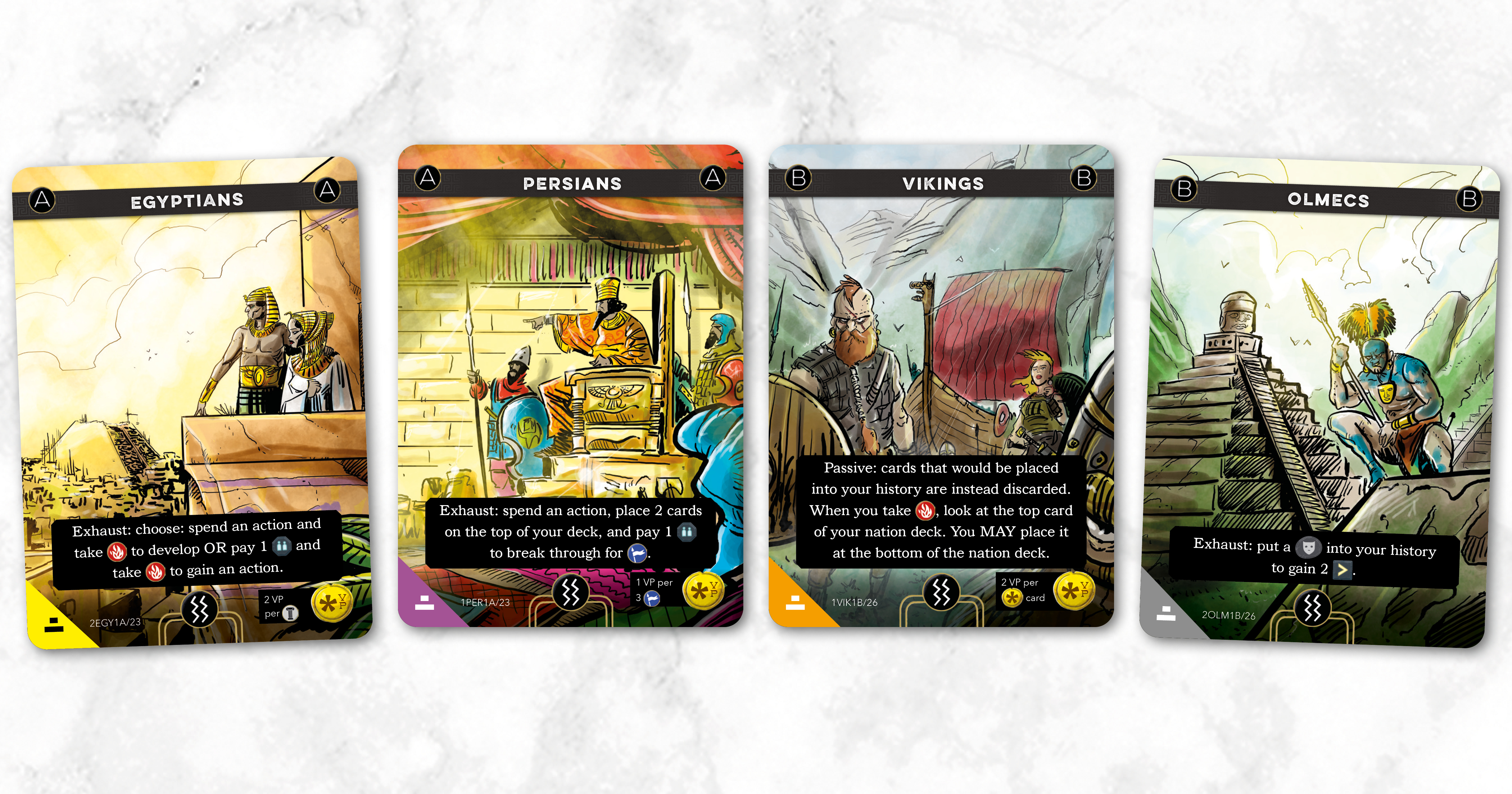 The game captures the flow of history through the mechanic of deckbuilding. On your turns, you’ll be playing cards to gather resources, acquire new cards from a shared supply, and expand your tableau in front of you. Many cards are played and discarded, only to return to your deck and played again later. Other cards are placed in front of you, as technologies and cultural practices granting persistent benefits or as resource-producing regions. Others yet are placed in your history and removed your deck, as your Boudiccas and Julius Caesars make their mark upon history, before fading into it. 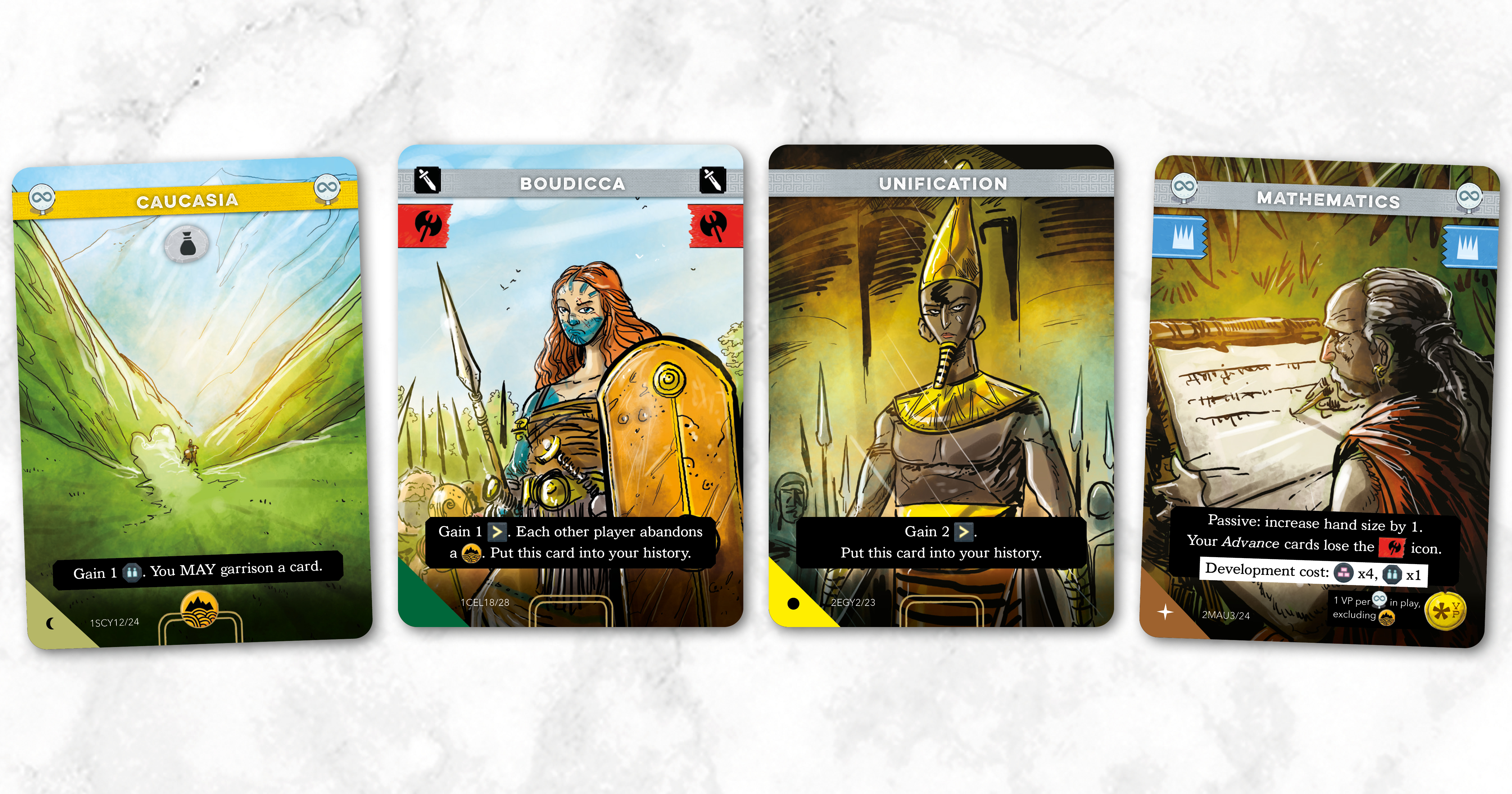 Over the course of the game, you will cycle through your deck many times, and each time you do, your deck will grow. At first you will be adding cards at random from your nation deck, as your fledgling civilisation expands in spurts – sometimes leading to great innovation, and other times inviting unrest and disorder. The final card of the nation deck is your accession card, and by taking it you solidify your status as empire. As an empire, every deck cycle is now accompanied by a chance to purchase a development card. While costly, being able to choose which of these unique advancements to add to your deck gives you more control of your civilisation as the game moves towards its final act.

The game comes to a close after one of several decks are depleted, and players score for the cards they’ve accumulated, whether the glorious deeds deep in their history, the great monuments on display in their tableau, or the conquered peoples in their deck that still swear fealty. The civilisations who triumphs has solidified their place in the annals of history.