On the blog today, author Matthew Moss gives a brief overview of the design, development and deployment of the PIAT, the subject of his latest Weapon title, The PIAT.

Designed at the height of World War II, the Projector, Infantry, Anti-Tank, or PIAT, was the quintessentially British answer to a very urgent problem: how to give the lightly armed infantryman the firepower to take on Germany’s formidable Panzers. As tank armour thickness increased the Boys Anti-Tank rifle, taken to France in 1939 by the British Expeditionary Force, could no longer to penetrate it – a new weapon was needed.

No one man was responsible for the shoulder-fired PIAT, it was influenced by designs by Colonel L.V.S. Blacker, an inventor and adventurer who developed the Blacker Bombard. Millis Jefferis, a gifted engineer and commander of the clandestine weapons development section MD1, colloquially known as ‘Churchill’s Toyshop’, also played a leading role in the weapon’s development. As did the scientists and engineers at Imperial Chemical Industries (ICI) who took the bodged together prototypes of the projector and made it into a working weapon of war.

The PIAT used the spigot mortar principal to launch a 2.5lb bomb, containing a shaped charge, capable of penetrating armour up to 100mm/4in thick. A common misconception is that the bomb was launched by the PIAT’s hugely powerful mainspring. In reality, the bomb was launched by a small but potent cartridge located in the base of the bomb. The spring’s main task was to soak up the formidable recoil of the weapon so that it could be fired by a soldier and to power the PIAT’s spigot forward to detonate and launch the bomb when the trigger was pulled.

When the PIAT entered service in 1943 it gained a dangerous reputation, not only for its forceful recoil but also for the danger of ricocheting debris its bomb caused when it struck a target. The PIAT’s users had to be incredibly brave. This becomes immediately obvious when we see just how many Victoria Crosses, Military Medals and Distinguished Conduct Medals were awarded to men who used the PIAT in action.

Despite the challenges of using it in action, the PIAT proved itself to be extremely effective against Axis armoured fighting vehicles. Major Robert Cain, of the 2nd South Staffords, knocked out numerous German vehicles during the fighting in Oosterbeek, reportedyly including a Tiger. Private Ernest Smith, of the Canadian Seaforth Highlanders, managed to knock out a Panther in Italy in October 1944. Rifleman Ganju Lama, of the 7th Gurkha Rifles, single-handedly knocked out several Japanese tanks during the battle of Imphal. All three men were awarded Victoria Crosses for their bravery.

The PIAT was also surprisingly versatile: not only could it take on Panzers but it could also be used in its secondary role as a light mortar. John Wilton, an officer of 1st Battalion, The Royal Irish Fusiliers, recalled that during fighting in the Po Valley his men were often unable to call in an artillery barrage on nearby enemy positions because they were too close to their own lines. It could also be used against bunkers and field fortifications as well as during urban fighting when it could be used in, what the manual described, the ‘housebreaking’ role - blowing holes in the walls of buildings.

PIATs often provided hard-pressed troops with a weapon that could help even the odds. Many examples of this are included in the book but perhaps one of the most interesting comes from Operation Market Garden. British airborne troops faced much stiffer resistance than they had initially expected and infamously the force which reached the bridge at Arnhem could not be relieved. Major Richard Lonsdale, officer commanding the 11th Parachute Battalion, after the battle wrote an after-action report laying out what he believed were the deeper operational failures but also praising the PIAT. He noted that his men felt they could have held on if only they had had more PIATs.

It wasn’t just British and Commonwealth troops who made use of the PIAT. They were used by Polish Home Army troops during the Warsaw Uprising, by the Haganah during the 1947–49 Arab-Israeli conflict and some were even used by French troops during the First Indochina War. By the early 1950s, the PIAT had largely been supplanted by the recoilless rifle and the rocket launcher. The British Army finally declared the Projector, Infantry, Anti-Tank obsolete in 1956. 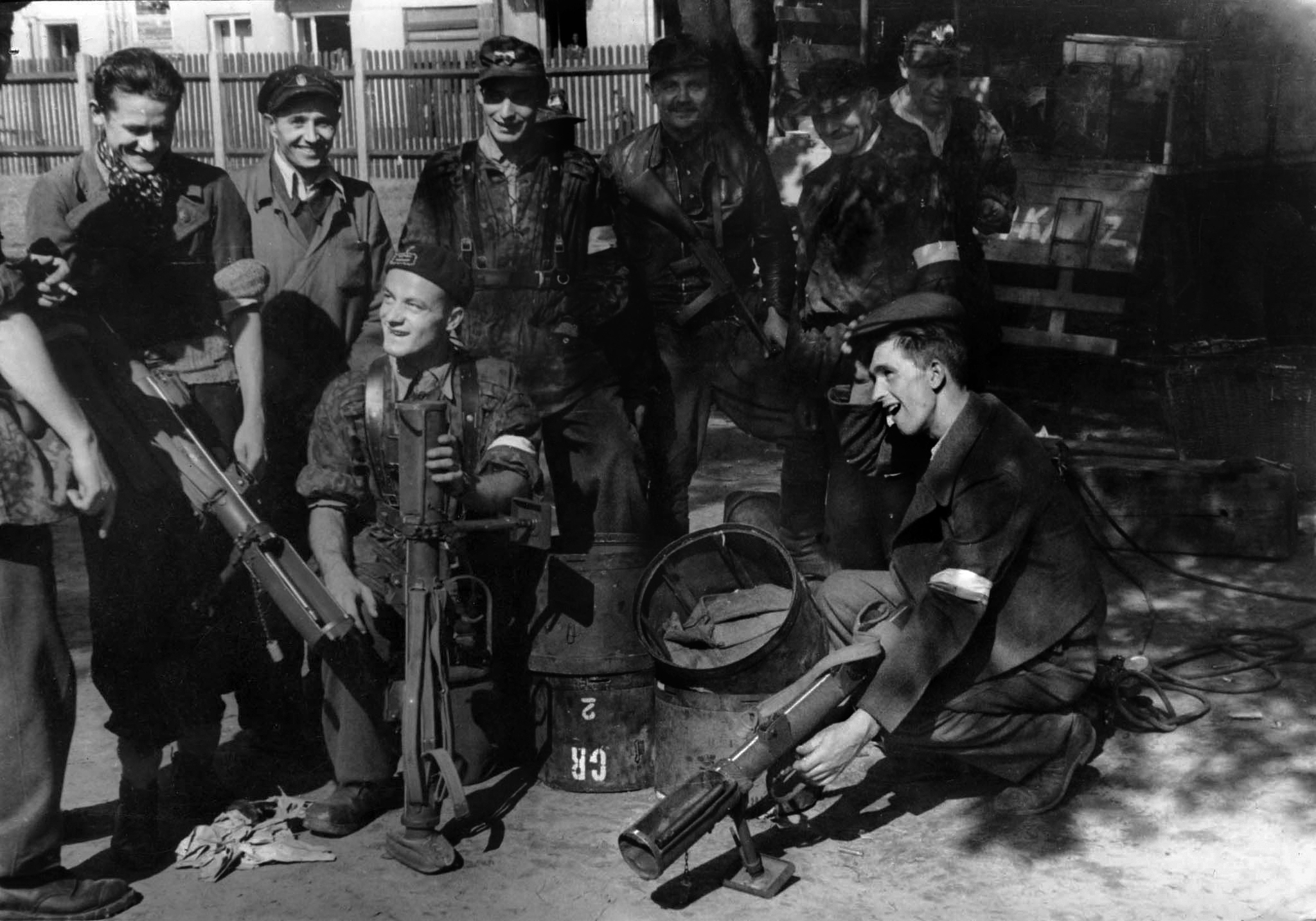 Dutch Troops load a PIAT during an exercise.
(National Archives of the Netherlands-National Information Service Eigen)

Order your copy of The PIAT from the website now!