On the blog today, we’re looking at three fantastic pieces of artwork from a few of our September books. Let us know what you think and if there are any October titles you want to see art from in the comments section below!

MAA 534: Armies of the Italian-Turkish War by Gabriele Esposito
Artwork by Giuseppe Rava 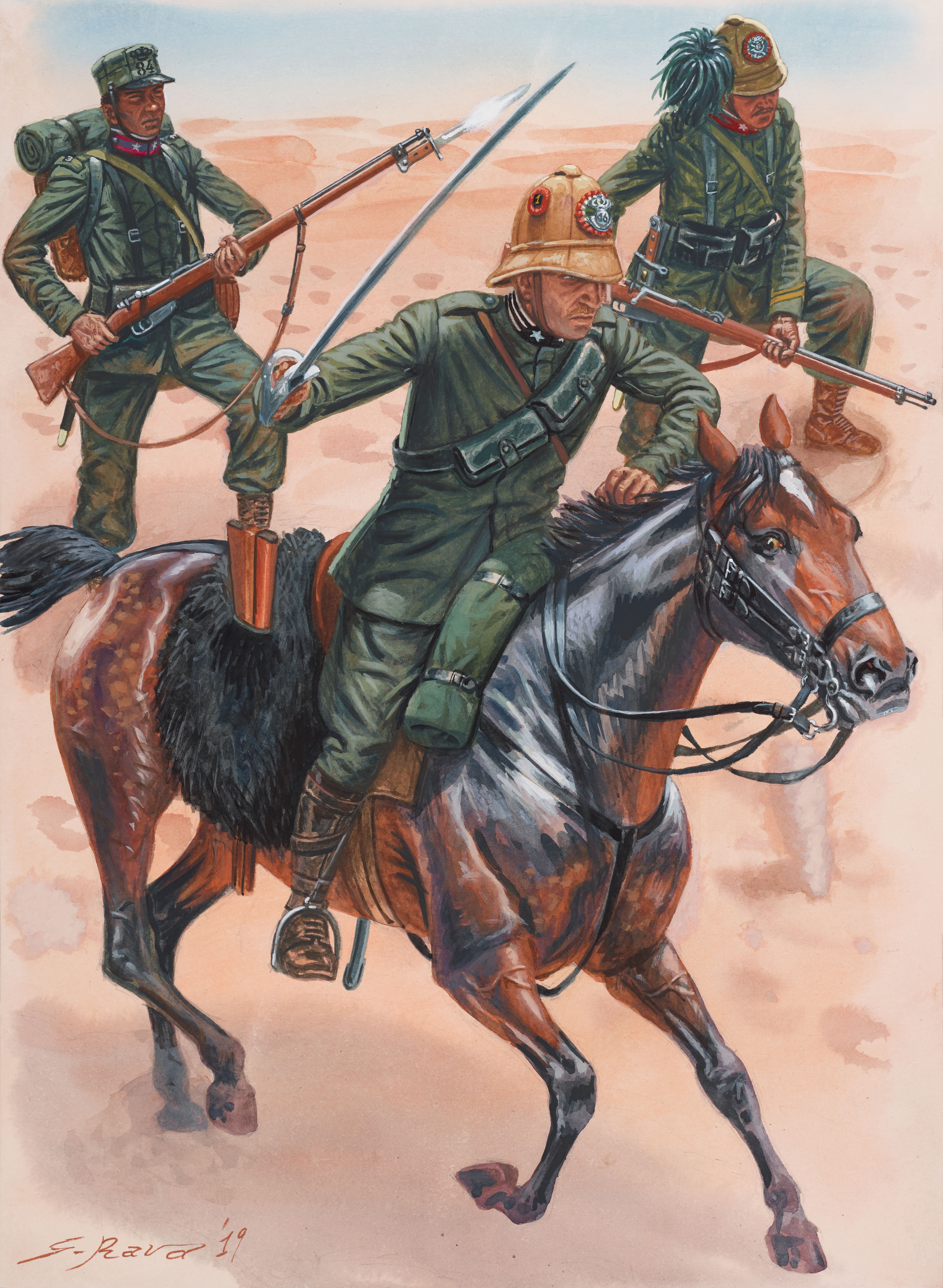 This first illustration, requested by AdamC, depicts several members from the Italian Army in Libya in 1912. The soldier on the left in the background is a private from the 84th Line Inf Regiment. The one on the right is a sergeant in the 8th Bersaglieri Regiment and the one in the middle is a trooper from 16th Light Cav Regiment. 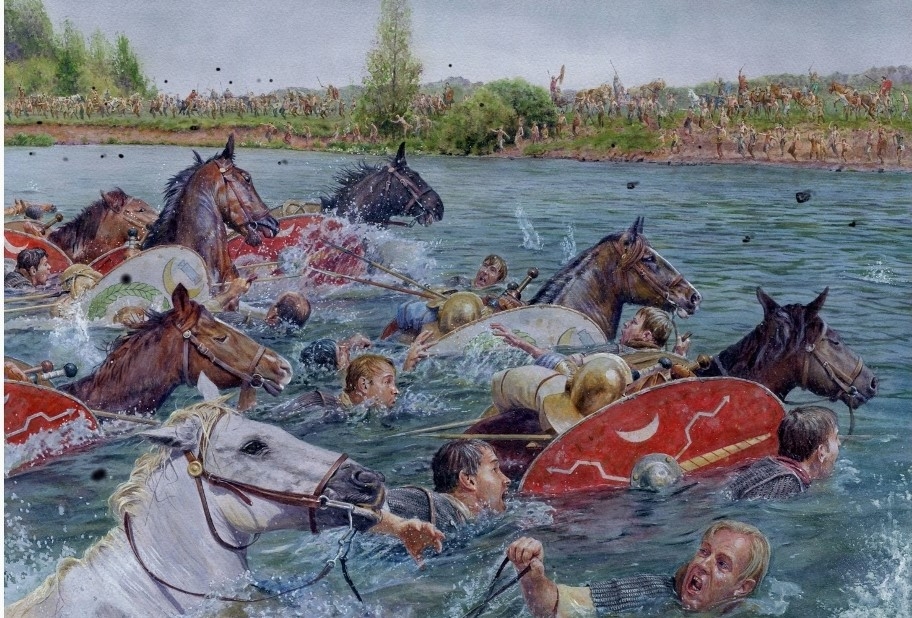 In this scene, Roman auxiliaries from a cohors equitata are crossing the Thames. The troopers swim beside their horses, each with a foot soldier in tow. Both horse and foot are wearing their body armour, but helmets, weapons and shields are secured to the horses. Waiting on the north riverbank are a cloud of Britannic slingers (mainly young men), while behind them chariots wait to engage. As they make their way across the river, the auxiliaries, lacking shield and helmet, suffer losses from a constant shower of incoming sling stones. 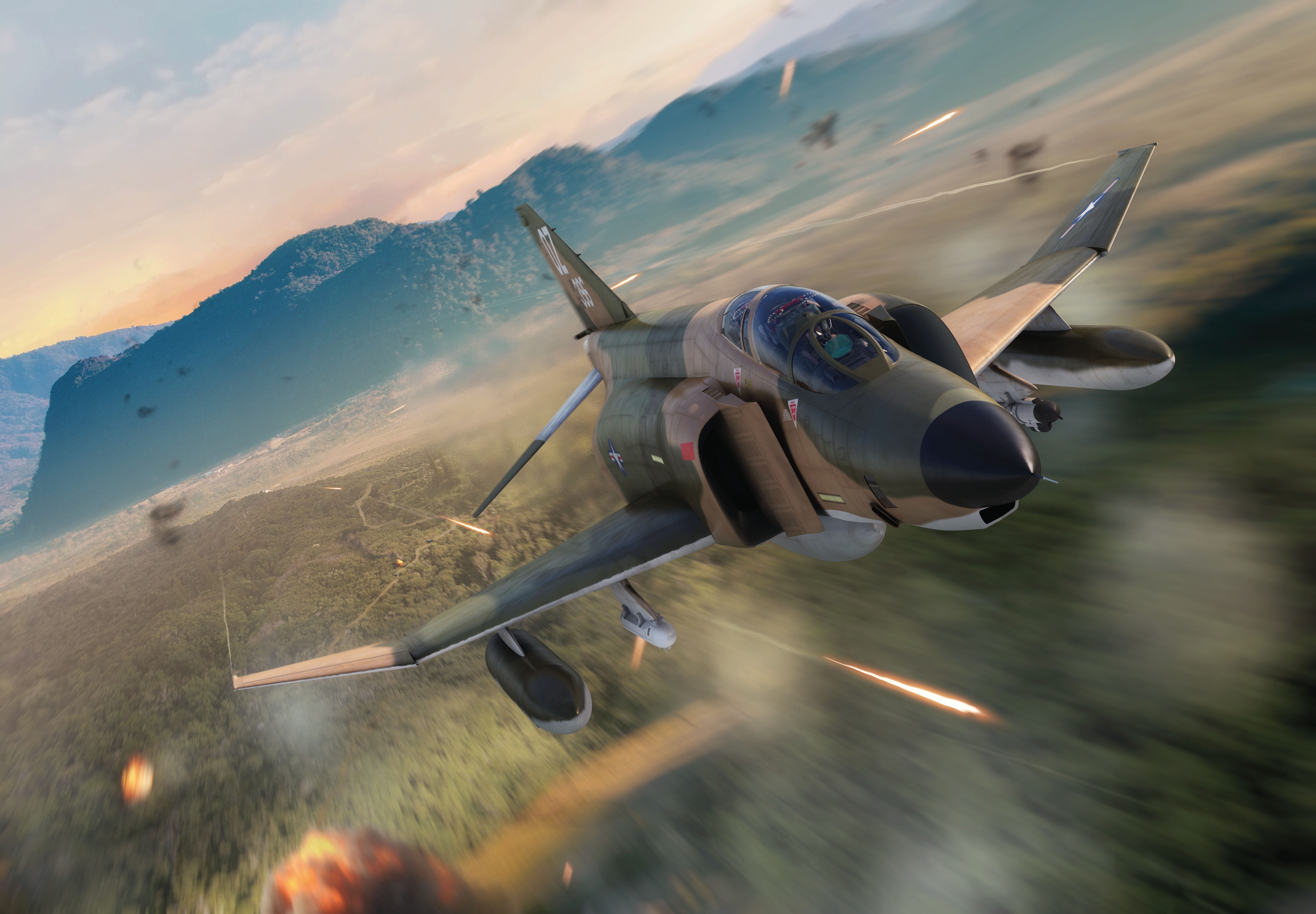 This final piece of artwork comes from ACM 18: Ho Chi Minh Trail 1964–73 and depicts an RF-4 reconnaissance during Operation Barrel Roll over the Ho Chi Minh Trail 20 miles southeast of Ban Ban in northern Laos on 21 December 1969. Typically, they flew “straight-and-level” at around 3,500ft altitude at more than 500kt over jungle territory in early morning light. AAA gunners received warning of approaching aircraft from observers on the route. During this mission, the aircraft was hit by 37mm AAA and the crew ejected.