'For students of the Pacific campaigns, these books are essential reading.' ― The Armourer

‘This is an important and timely operational analysis of the events of September 1944. It is a mark of my respect for Anthony Tucker-Jones's work that I wish I had researched and written The Devil's Bridge. Thus I am more than happy to commend his scholarship to you.’ Professor Peter Caddick-Adams

To Defeat the Few 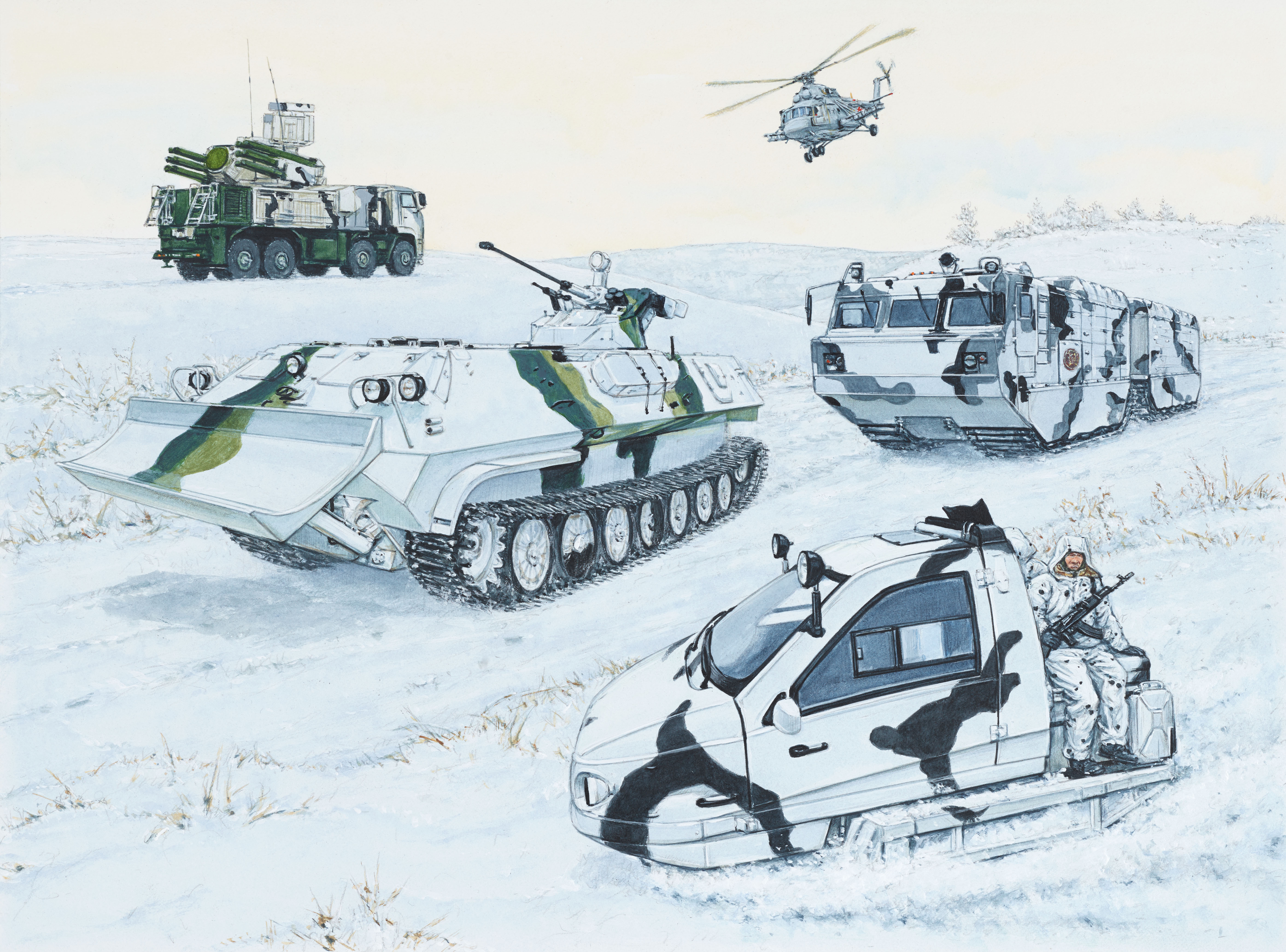 This image comes from Combat Vehicles of Russia's Special Forces. The 200th Brigade, headquartered in Pechenga in the Murmansk region, is a specialized Arctic warfare unit and equipped to match. Here a mixed force consisting of a TTM‑1901‑40 Berkut snowmobile, a new Toros Arctic combat vehicle, DT‑10P Vityak (‘Knight’) and a Pantsir-S1 are shown on exercises, during a simulated assault. This plate depicts the events of 19 March 1945 when P-47s from the 367th Fighter Group, composed of 392nd, 393rd and 394th Fighter squadrons attacked Kesselring’s Oberbefehlshaber (OB) West headquarters at Ziegenberg Castle (right next to Hitler’s Adlerhorst). This piece of artwork shows the events on the third day at the Battle of Nisibis in 217 AD. Both sides remained locked together, grappling to the end as the last rays of light settled over the featureless plain that so many thousands had already lost their lives contesting. 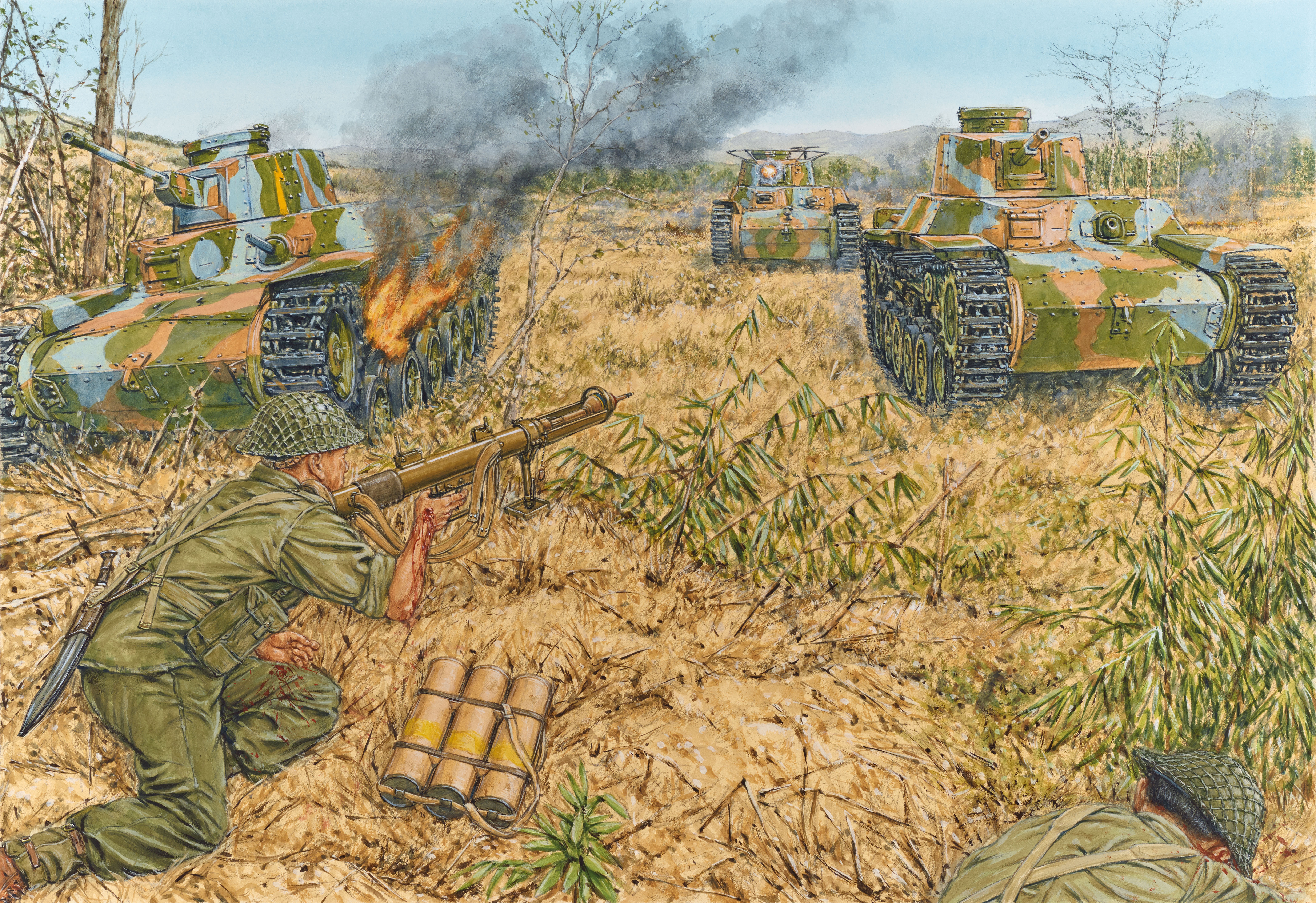 Here. A Gurkha PIAT operator engages Japanese armour at close range in India in 1944. He has already hit one Type 97 ShinHoTo Chi-Ha medium tank, despite his No. 2 being seriously wounded.

The Medieval Longsword by Neil Grant

To Defeat the Few by Paul F. Crickmore

There was a clear winner in May's New Vanguard vote as Tanks in the Battle of Germany: Western Front took the lead, beating Tanks at Monte Cassino 1944 by 6%.

There was a competition between Combats resulting in Teutonic Knight vs Lithuanian Warrior: 1409–11 taking the lead with 28% over Roman Auxiliary vs British Warrior: AD 43–83, which had 21%.

Unfortunately, due to a technical glitch on the website, we were unable to run July's book vote.