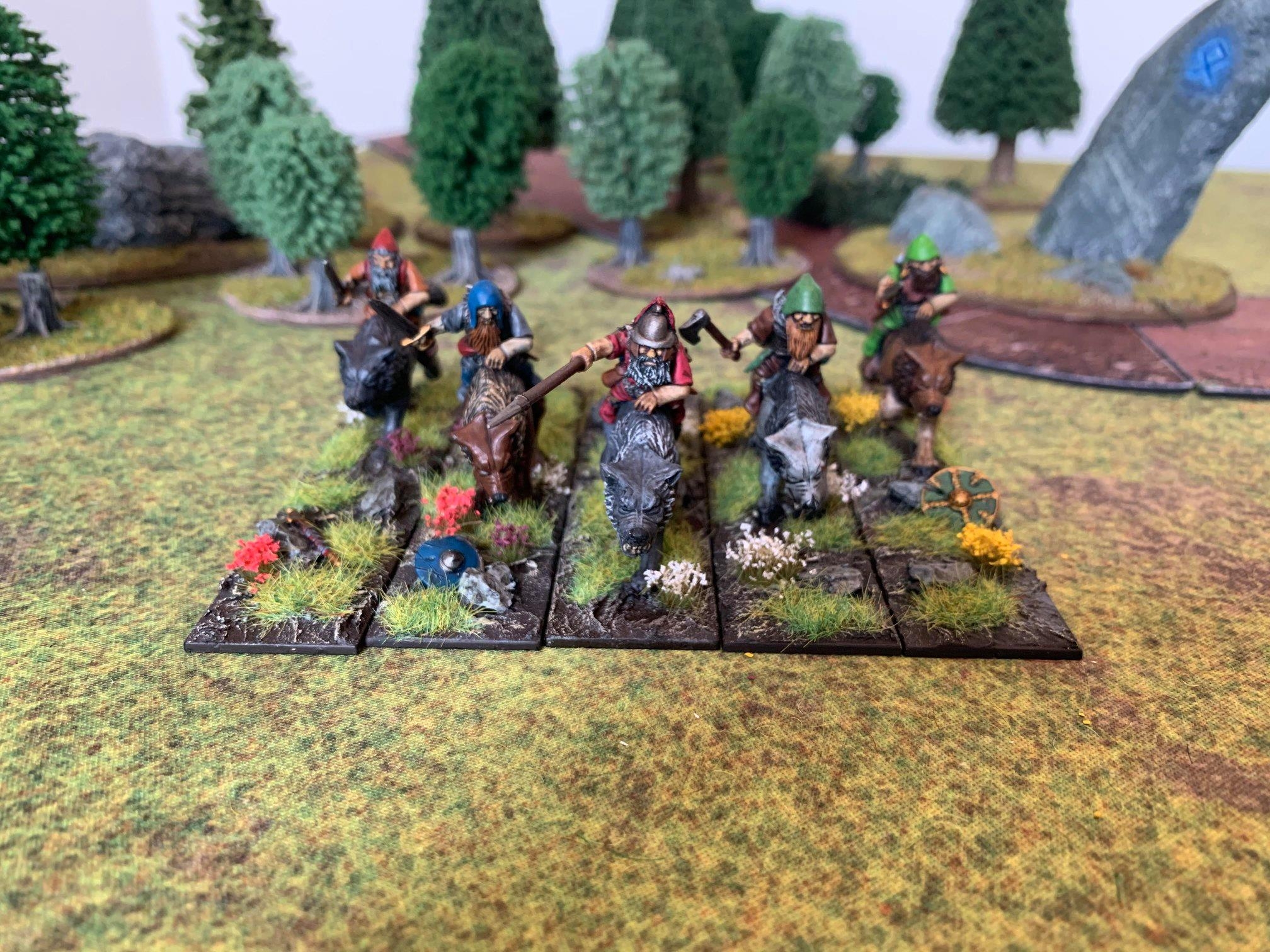 For Oathmark: Battles of the Lost Age, I've been working on my Dwarf army. Now, I love the Dwarves, but they are just a little too slow for my liking. To give my army the speed I wanted, I put together this unit of Dwarf Wolf Riders (either to be fielded as 5 or 10 with the filler bases). They're made using parts from the North Star Military Figures Oathmark Dwarf kits, the Goblin Wolf Riders, and the Fireforge Games Forgotten World Human Cavalry. 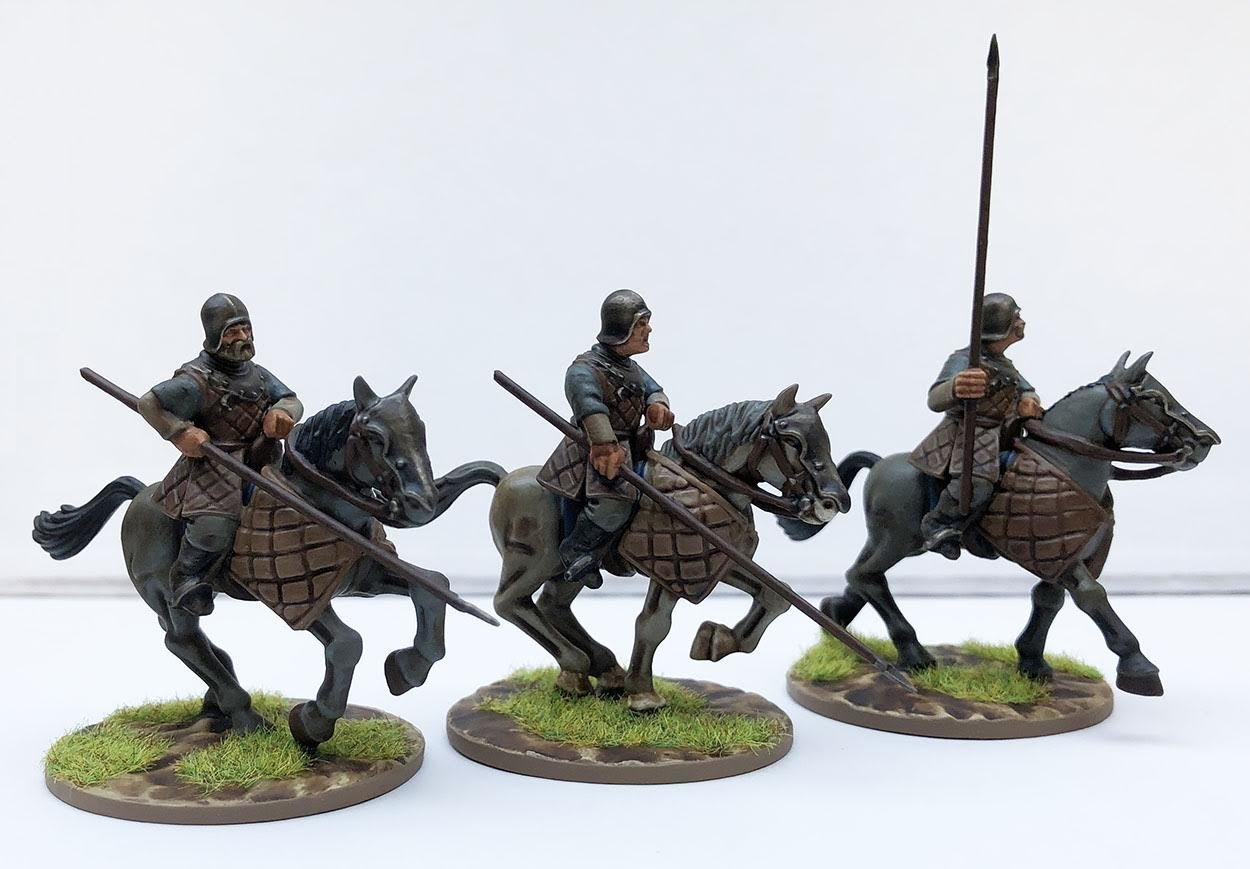 I'm really in the zone with my little force (currently The Nameless Army) and, looking at it, realised that it needed some horsemen to add a little more variety to the rank and file. So, I grabbed a box of Fireforge's Northmen Cavalry to match all my infantry. Now, I really dislike painting cavalry. I've tried doing it with the riders on, the riders off, and never seem to end up with something that I find appealing. The more figures from this range that I've painted, however, the more I've enjoyed them. This is something of a rarity for me, as I tend to see painting as a necessary evil that allows me to put something I've really enjoyed kitbashing onto the table. They're detailed without being fussy, characterful without being over the top, and are really well suited to my minimal, wash-heavy style. If anything was going to help me break my cavalry duck, it'd be this!

Painting was really straightforward (as all these kits have been, really). The only real divergence from the infantry was in the horses - I opted for one grey, and one light grey, then added a few little distinguishing features such as socks and stockings. All told, I'm really rather pleased with them, though I'm not sure I'm ready for a whole mounted army just yet!

What have you been up to this week? Let us know in the comments below!