Usually at this time of year the Osprey Games team would have flown over to the US for Gen Con, one of the largest gaming conventions on the planet. This year is a little different, but the organizers at Gen Con have done a fantastic job in creating Gen Con Online, a virtual conventions for us all to enjoy!

The virtual convention sees publishers, designers, and content creators putting out some fantastic stuff for everyone to enjoy, so be sure to check it out!

For Day 3 of the show we're taking a look at the Osprey Roleplaying series, starting with details about an upcoming new release. In December, we will be publishing Righteous Blood, Ruthless Blades: Wuxia Roleplaying by Brendan Davis and Jeremy Bai. You can read the full announcement here. Delve into the towns, temples, and inns of the martial world in a China of both history and legend, rife with mysterious sects and dangerous characters. Whether a veteran of the genre or a complete novice, Righteous Blood, Ruthless Blades provides all the tools to start your own wuxia adventures.

Here are a look at the other RPGs that are already published, or soon to be published, in the Osprey Roleplaying series: 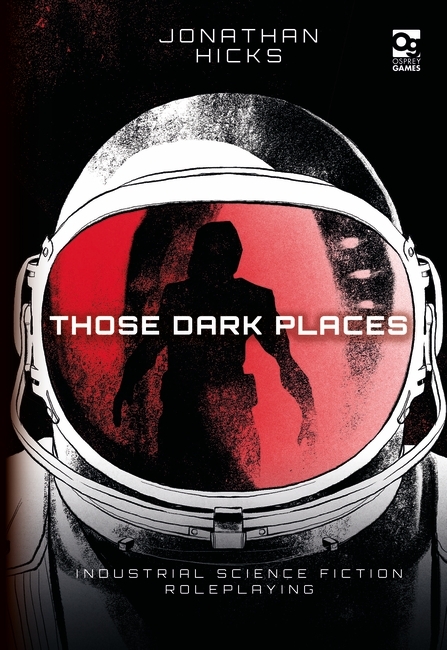 Space is a hell of a thing but you need to be sure that this is what you want. Like, what you really want. The idea of space exploration to further the frontiers of mankind is noble, but let's not kid ourselves – it’s really all about furthering the profit margins. There’s money to be made and out there is the place to make it, but you hear all kinds of stories… equipment malfunctions, strange discoveries, crewmembers going insane... You'll be out there in the reaches, alone, for months or years, breathing recycled air and drinking recycled water, with nothing but a few feet of metal and shielding between you and certain death.

Are you sure this is what you want?

Those Dark Places is a rules-light, story-focused roleplaying game about the darker side of space exploration and the people who travel the stars in claustrophobic, dangerous conditions. Starships, stations, and outposts aren't havens of safety with clean, brightly lit corridors – they're potential deathtraps, funded by budget-conscious corporate interests and running on stale, recycled air and water. The stars may be the future of humanity, but they are also home to horrors and terror the human mind cannot comprehend.

Romance of the Perilous Land: A Roleplaing Game of British Folklore 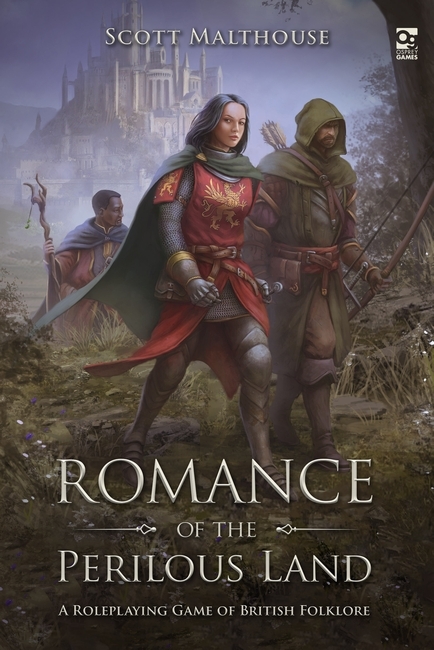 Romance of the Perilous Land is a roleplaying game of magic and adventure set in the world of British folklore, from the stories of King Arthur to the wonderful regional tales told throughout this green and pleasant land. It is a world of romantic chivalry, but also of great danger, with ambitious kings, evil knights, and thieving brigands terrorising the land, while greedy giants, malevolent sorcerers, and water-dwelling knuckers lurk in the shadows. As valiant knights, mighty barbarians, subtle cunning folk, and more, the players are heroes, roaming the land to fight evil, right wrongs, and create their own legends.

Paleomythic: A Roleplaying Game of Stone and Sorcery 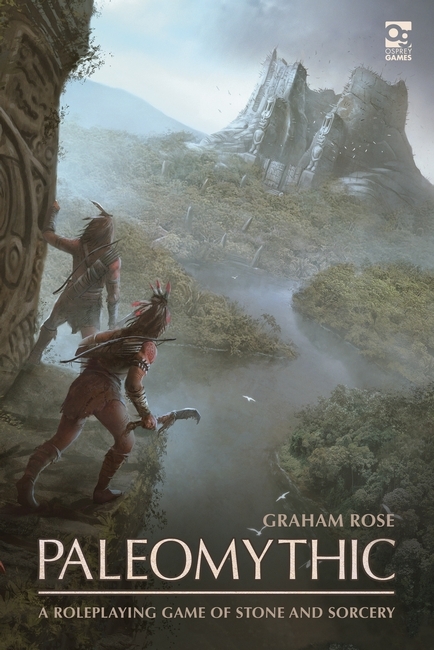 Paleomythic is a roleplaying game of grim survival and mythical adventures in the land of Ancient Mu, a harsh prehistoric world full of mysterious ruins and temples to explore, huge and terrible creatures that roam and spread fear across the land, and nefarious mystics and sorcerers who plot dark schemes from the shadows. It is a world of biting cold winters, of people hunting and foraging to survive, and tribes that wage relentless war.

Taking on the roles of hunters, healers, warriors, soothsayers, and more, players will navigate a world of hostile tribes, otherworldly spirits, prehistoric beasts, and monstrous creatures lurking in the dark places of the world. Players have huge scope in sculpting the game experience that best suits them, whether it's a gritty survival story without a trace of the mystical or a tale of grand adventure and exploration in a mythic setting.

You'll also be able to hear from Undaunted: North Africa designer David Thompson on the Board Game Geek livestream today at 3PM EDT (8PM BST) as he runs through the game with the BGG team. Be sure to tune in for that!