Following on from the short designer preview from Joseph A. McCullough the other day we thought we’d dive deeper into what Battlesworn is bringing to Oathmark. Let’s start with a look at the contents page! 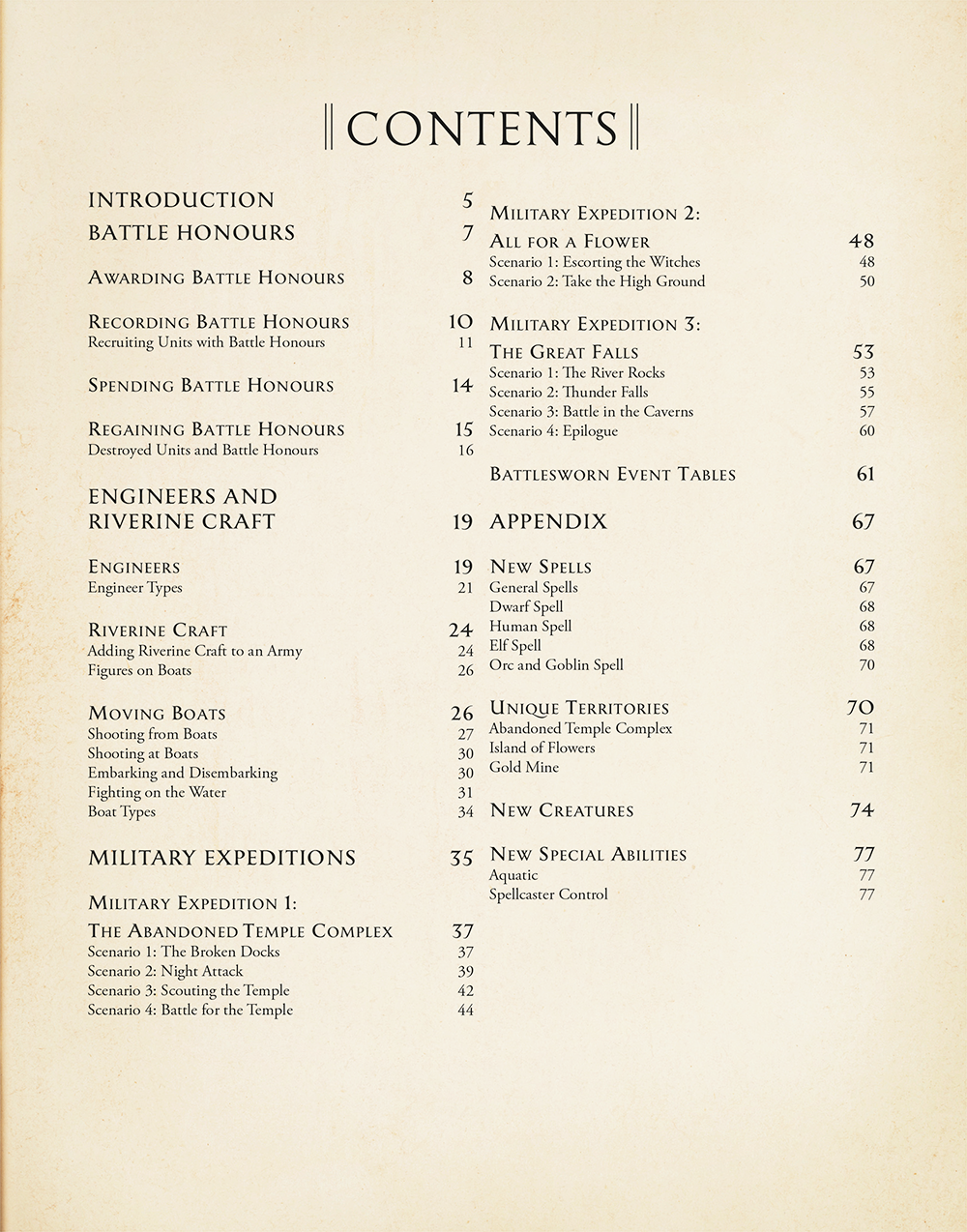 Alongside Battle Honours for elite units, which author Joseph A. McCullough touched on, the supplement is adding a range of new content to build on the mass battle fantasy wargame.

Battlesworn introduces Engineer units to the game for each of the games races – small infantry units that specialize in the construction and destruction of battlefield fortifications and temporary bridges.

These units let you change the face of the battlefield, creating defensive positions and river crossings to open up new opportunities for your forces, or tearing down structures that you fear your opponent could use to their advantage.

The expansion also adds rules for adding river boats to your army and for using those boats during a game to provide a river-based shooting platform, allowing your army to launch an amphibious assault or fight enemy riverine units.

Provided you have the required territories, you’ll be able to use boats in scenarios where there are rivers large enough for boats or lakes, adding a new element to your Oathmark battles.

New spells that effect rivers, lakes, boats, and other aquatic units have also been added.

Battlesworn contains three military expeditions that can be played in the context of the Oathmark campaign system – interlinked scenarios where the outcome of each battle has a direct outcome on the next. These are designed to tell the story of one chapter in your kingdom’s military history, and offer the potential to earn special rewards that aren’t generally available.

These expeditions take place in areas near water, and so new Strange and Catastrophic Events Tables are available that introduce things like Water Elementals, Lake Beasts, Flash Floods, and more! These tables can, of course, be used for any games that feature large rivers and lakes.

Victors in these expeditions will gain unique territories that can be added to their kingdom, and these can be fought over as your campaigns progress as players battle for their control.

Hopefully this overview has given you more of an idea of what the first expansion to Oathmark is bringing to the game. We'll be exploring all of these in more detail over the coming weeks.