The Treaty of Versailles was signed exactly 100 years ago, ending World War I. To commemorate this centenary, we look at the reactions and the aftermath to the treaty with an extract from Prit Buttar's The Splintered Empires. 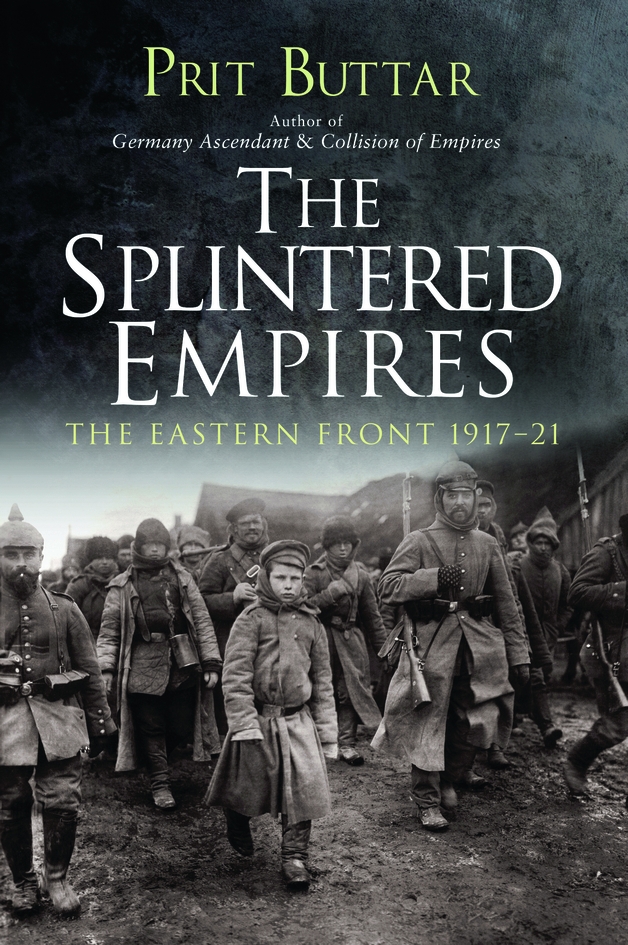 The former empire that harboured the greatest sense of grievance about the peace that was imposed upon Europe was Germany. Many Germans felt that their nation had been unfairly treated in the negotiations that led to the Treaty of Versailles; they did not accept that Germany was primarily to blame for the war, and resented the territorial losses that were imposed by the victorious Western Powers. There was an arguable case for Alsace and Lorraine being returned to French control, but it should be pointed out that this region was not as unequivocally French as has generally been stated – by the beginning of the 20th century, less than 12 per cent of the population spoke French as their first language.548 Even at the time of the Franco-Prussian War, Francophones made up less than half of the overall population. However, the anger in Germany at the loss of these territories was far less than the resentment at French occupation of the Saar region of Germany. The French had demanded this area as a territorial acquisition during the abortive peace talks between Vienna and Paris, and there was considerable concern in Germany that the French occupation of the Saar might become permanent.

The loss of territory in the east was also the source of great resentment. Two Baltic cities – Memel, to the north of East Prussia, and Danzig, to its west – were removed from German control, even though the majority of their population was unequivocally German. In both cases, the surrounding countryside was predominantly non-German, and as has already been described, the Lithuanians took advantage of this to seize the entire Memelland region and gain access to the Baltic. The Poles were keen to secure control of Danzig, but although Woodrow Wilson had assured the Poles that he supported the right of the new Poland to have a Baltic port, it is likely that he had intended this to be by union with Lithuania. Instead, Danzig was declared a free city and the Poles were given control of a corridor of land running past Danzig to the coast immediately to the north. Here, they rapidly developed the minor port of Gdynia into a new maritime centre. The existence of this corridor resulted in East Prussia being left isolated from the rest of Germany. This region, undeniably German in its history, culture and population, had always been a predominantly agricultural area, and there were constant doubts that it would be able to survive in its new isolated state without one day becoming prey for an expansionist Poland. However, when the southern part of East Prussia – the Masurian region, where there was heavy fighting in 1914 and 1915 – was offered a plebiscite in 1920 to decide whether it would be part of Poland or Germany, the result was overwhelmingly in favour of the latter. The Poles protested that there had been widespread intimidation by German police and paramilitary groups, and that results had been falsified, but it seems that many Poles genuinely preferred to be part of Germany rather than Poland; the vote took place in July, when there was a very real threat of Tukhachevsky’s armies reaching Warsaw, and many may have felt that they would be safer under German control rather than potentially once more being under the Russian yoke.

All along the eastern fringes of the new Germany, there were substantial German-speaking communities in the new nations of Europe – in Poland, the Baltic States, the Sudetenland, and Bohemia. Even in Transylvania, there were tens of thousands of descendants of Saxon settlers who had lived in the region for hundreds of years. The status of Danzig was unsatisfactory to its citizens, to Poland, and to Germany. Once memories of the terrible cost of the war began to fade and were no longer strong enough to be offset against the continued perceived grievances of the Treaty of Versailles, it was almost inevitable that many in Germany would seek opportunities to put right what they regarded as abiding injustices. The willingness of a future generation to exploit grievances both real and imagined made a second all-engulfing war inevitable. The Austro-Hungarian diplomat Czernin summed up events with considerable prescience in 1919:

The Council of Four at Versailles [France, Britain, Italy and the United States] tried for some time to make the world believe that they possessed the power to rebuild Europe according to their own ideas … That signified, to begin with, four utterly different ideas, for four different worlds were comprised in Rome, Paris, London and Washington …

Wilson has been scoffed at and cursed because he deserted his programme; certainly, there is not the slightest similarity between the Fourteen Points and the Peace of Versailles … Clemenceau, too, the direct opposite of Wilson, was not quite open in his dealings. Undoubtedly this old man, who now at the close of his life was able to satisfy his hatred of the Germans of 1870, gloried in the triumph; but, apart from that, if he had tried to conclude a ‘Wilson peace’, all the private citizens of France, great and small, would have risen against him, for they had been told for the past five years, que les boches payeront tout [‘that the Germans will pay for everything’]. What he did, he enjoyed doing; but he was forced to do it or France would have dismissed him.

… And thus there came about what is now a fact. A dictated peace of the most terrible nature was concluded and a foundation laid for a continuance of unimaginable disturbances, complications, and wars …

The Entente, who would not allow the war to end and kept up the blockade for months after the cessation of hostilities, has made Bolshevism a danger to the world. War is its father, famine its mother, despair its godfather. The poison of Bolshevism will course in the veins of Europe for many a long year. Versailles is not the end of the war; it is only a phase of it. The war goes on, though in another form. I think that the coming generation will not call the great drama of the last five years the World War, but the World Revolution, which it will realise began with the World War.

Even in the first months after the Treaty of Versailles was signed, there were clear differences of opinion about whether it had achieved its aims. The British view was that the destruction of Germany’s fleet had largely achieved its war aims, but despite Czernin’s condemnation of Clemenceau, there was considerable dismay in France that the terms were not harsh enough. The Italians had explicitly entered the war with considerable territorial gains as the price, and although they achieved some of these, others – particularly the Dalmatian coast – were not granted to them. In the years that followed, Germany proved incapable of paying reparations on the scale demanded, leading first to military occupation of the Ruhr and then to the cancellation of payments entirely. David Lloyd George, who played a major part in the negotiations on behalf of Britain, later wrote an evaluation of the treaty in which he concluded that it had not removed permanently the military threat from Germany, and was critical of the manner in which Germany was treated.

The issue of reparations had dominated thinking about the shape of a peace treaty during the war, not least because of the manner in which Germany had imposed reparations on France in 1871. The Germans blamed the collapse of their economy on the punishing payments that were demanded by the French and Belgians, and whilst it would be wrong to blame the period of hyper-inflation entirely on reparations, they certainly contributed to the problems of Germany as it attempted to recover from the war. John Maynard Keynes, the British economist, criticised the treaty as being fundamentally unfair almost as soon as it came into force:

I believe that the campaign for securing out of Germany the general costs of the war was one of the most serious acts of political unwisdom for which our statesmen have ever been responsible … the financial problems which were about to exercise Europe could not be solved by greed. The possibility of their cure lay in magnanimity.

Europe, if she is to survive her troubles, will need so much magnanimity from America, that she must herself practice it. It is useless for the Allies, hot from stripping Germany and one another, to turn for help to the United States to put the states of Europe, including Germany, on their feet again. If the general election of December 1918 [in Britain] had been fought on lines of prudent generosity instead of imbecile greed, how much better the financial prospect for Europe might be.

Others took a different view. A leading French economist suggested that by restricting Germany to a small army, the treaty allowed Germany to divert funding towards reparations in an affordable manner; others pointed out that the terms were far more lenient than those that Germany had intended to impose upon its enemies in the event of a German victory.554 Regardless of whether the financial terms were too severe, it is difficult to imagine a peace settlement that would have satisfied French and Belgian demands for reparations and the general desire to weaken Germany militarily, and at the same time would not have left Germany with a great sense of grievance that could then be exploited by German politicians for their own ends.

It is unarguable that the roots of the Second World War lay in the imperfect peace that was established in Europe after the First World War. But such a simple statement ignores many other factors. Many nationalities were given the opportunity to establish their own states, and Europe was simply too exhausted to continue fighting until German military power was unequivocally destroyed – in the absence of such a conclusive defeat, the terms imposed resulted in perhaps the ‘least worst’ outcome. The world would have to wait for another war with all its attendant horrors before the imbalances created in the wake of the First World War were resolved, but whilst the Second World War settled some issues, it created many more, leaving Europe divided into two armed camps in a stand-off that would last for over 40 years. Whilst some nations are dragged unwillingly into conflict, those that enter it in the hope of resolving their problems find that they have merely exchanged one set of issues for another – and at enormous cost.

To read more, order your copy of The Splintered Empires.  Plus, check out an extract from Alistair McCluskey's Amiens 1918: The Black Day of the German Army to read about the battle of Amiens, which was a turning point of World War I.