The Luger by Neil Grant was published this month as part of our Weapon series. This engaging new study tells the story of the pistol that has come to symbolise Germany's armed forces in the 20th century. Today on the blog we welcome author Neil Grant as he discusses the history of the Luger's introduction, its difference to its competitors and how there is more to the story of the Luger than first meets the eye.

The Luger is one of the most recognisable firearms of the twentieth century, familiar from any number of war films. However, there’s rather more to it than simply being the German pistol through both world wars, and the reality can sometimes be unexpected.

First off, it was never a “Luger” to the men issued with one. German sources invariably refer to it as a “Pistole 08”, and the original manufacturer called it the “Parabellum Pistol”. It acquired the name in the English-speaking world because the US distributor preferred to use the designer’s name for the pistols he sold commercially there, and the term spread to Britain from the US. 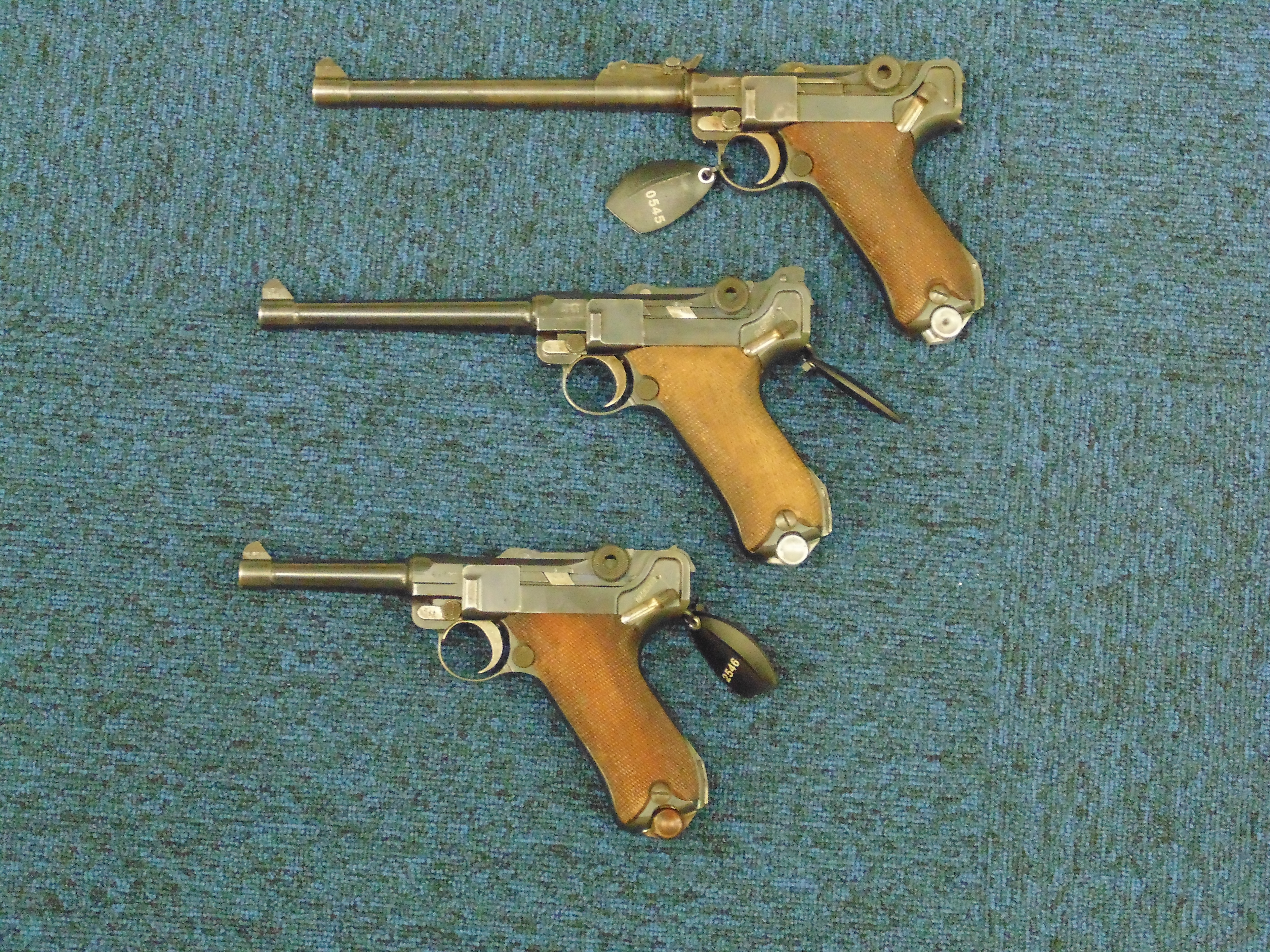 This produced bizarre consequences when Mauser brought the Luger back into production for the US collectors market in the 1970s. The former distributor had registered “Luger” as a US trademark, and was using it to sell their own range of cheap .22 target pistols, while Mauser found itself unable to use the name to describe the genuine pistols.

The Luger came onto the automatic pistol market in 1900, and far outshone any of its initial competitors. Indeed, the Luger and its ancestor the Borchardt defined what we expect from an automatic pistol, introducing the detachable box magazine in the grip.  This seems an obvious layout in retrospect, but almost all the Lugers’ competitors loaded from chargers (like bolt action rifles) into fixed magazines ahead of the grip.

This early appearance meant that it was widely adopted before the Great War, starting with the Swiss in 1900. Perhaps against expectation, the German Army was among the last to adopt the Luger in 1908.

The US Army looked seriously at adopting the 7.65mm Luger, purchasing 1,000 guns for troop trials in in 1902.  Ultimately these were rejected because the army had concerns about the stopping power of small calibre weapons after bitter experience against Moro fanatics in the Philippines.

However, the US Army were sufficiently impressed with the design to delay the 1907 pistol trials to allow the inclusion of a .45 calibre Luger, which made it through to the final round of the competition. Though the Colt entry ultimately won, the army requested that the production guns incorporate a number of features from the Luger, including the famous raked grip angle which had not featured in the original Colt submission

Although the latter was originally developed to allow field artillery units to defend themselves from cavalry, the vast majority were issued to infantry units with 32rd drum magazines for use as proto-submachine guns in the Great War, a role they filled rather well.

However, numerous other countries also adopted the Luger. Some only differed from the common versions in markings or minor details, such as the large hinged lanyard ring of the Bulgarian M1911. Others, such as the 7.65mm Swiss version with a grip safety, were quite visibly different, especially in the later 06/29 model optimised for simpler production.

The Luger was a typical weapon of its day, carefully machined to precise tolerances, and by the late 1930s, Germany needed something that could be produced more simply. This resulted in the Walther P38, which had similar performance but could be produced in only 8.5 man-hours, compared to 14 man-hours for a Luger.

Even so, expansion of the armed forces and the need to make good the enormous losses on the Eastern Front kept the Luger in production until late 1942, and it remained in service until the end of the war.

It’s hard to be certain about the exact number of Lugers produced by all manufacturers, and estimates inevitably vary based on different assumptions about whether each of the main military models was given a separate sequence of serial numbers, or whether one or more were numbered in the same sequence. There are good cases for both, and practice varied between manufacturers. Even if a manufacturer used a common sequence, blocks of serial numbers seem to have been assigned for special production, and potentially not fully used. 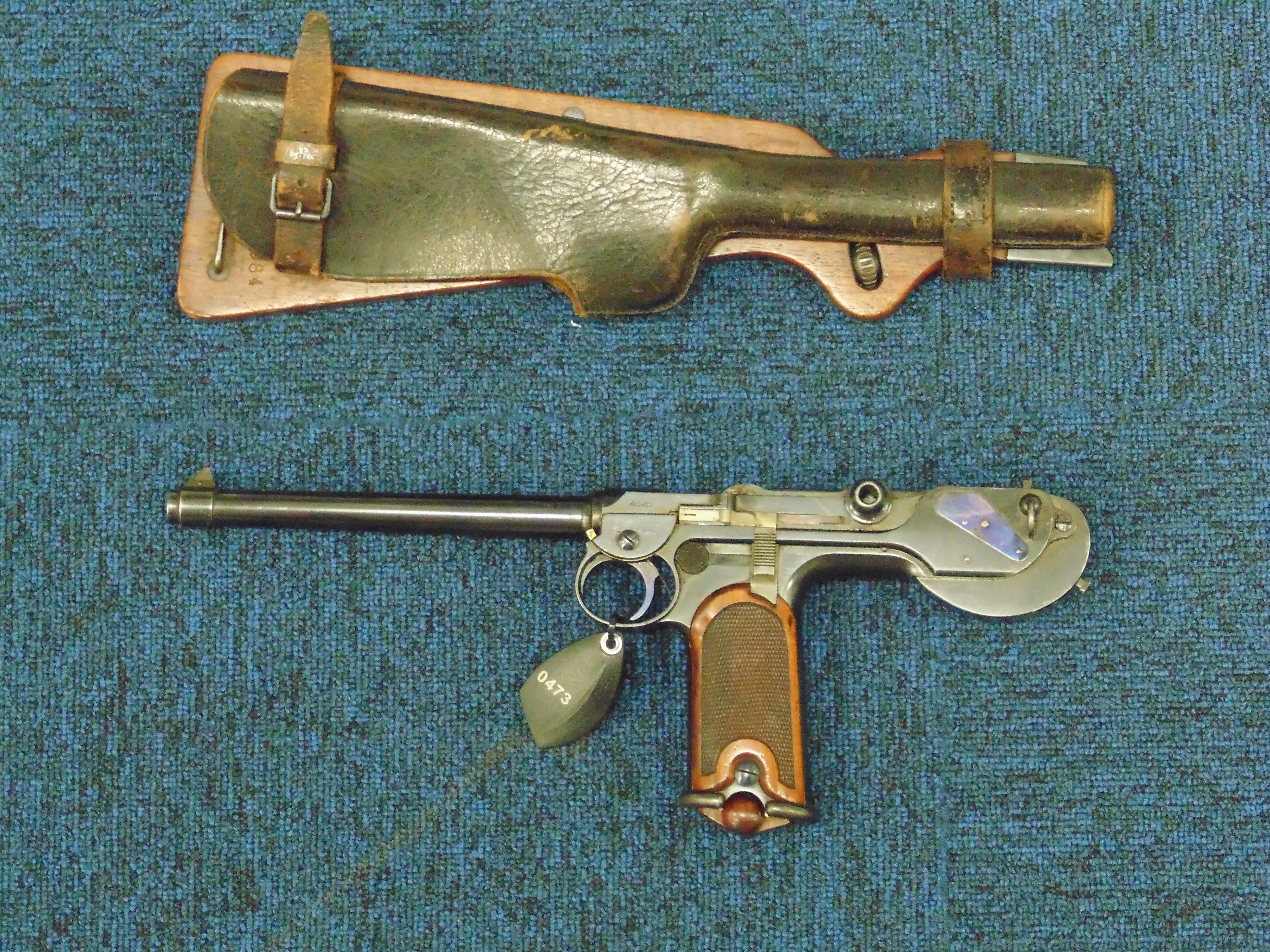 Overall, the best estimate is that around 2.7 million pistols were produced, including some assembled from parts while the Mauser plant was under French control after the war.

With so many Lugers produced, it was inevitable that some remained in use long after the war.  The French issued them – along with Walther P38s – to equip troops fighting in Indochina and Algeria until the French armaments industry could be restarted to replace them with domestic weapons.

German forces in Norway surrendered so many Lugers that the Norwegians actually adopted it as their standard pistol, keeping it in service into the 1970s.  Significant numbers captured by the Soviets were passed on or sold to insurgent groups around the world, and could turn up in the most unexpected places – the author spoke to a soldier who took a Luger off a captured guerrilla in Rhodesia in the late 1960s, which might have been a Portuguese Luger captured in Angola or a German example captured by the Soviets and passed on as military aid.

Uniquely for a wartime weapon, a new Luger production line was set up in 1969, producing weapons largely for the US market.  This line ran until 1986, but new Luger pistols continued to be assembled from stocks of components until 1998, almost a century after the design first appeared.

In summary, there can be a lot more to the Luger story than initially meets the eye.

To read more about the pistol's fascinating role in military history, click here to order your copy of The Luger.