So far I have been published three games with Osprey Games. Three games – quite a lucky streak! Especially if you consider that the three games, The King is Dead, Let Them Eat Cake and The Lost Expedition are very different kinds of games. I thought it would be interesting in this blog to look at the design process behind each of them. 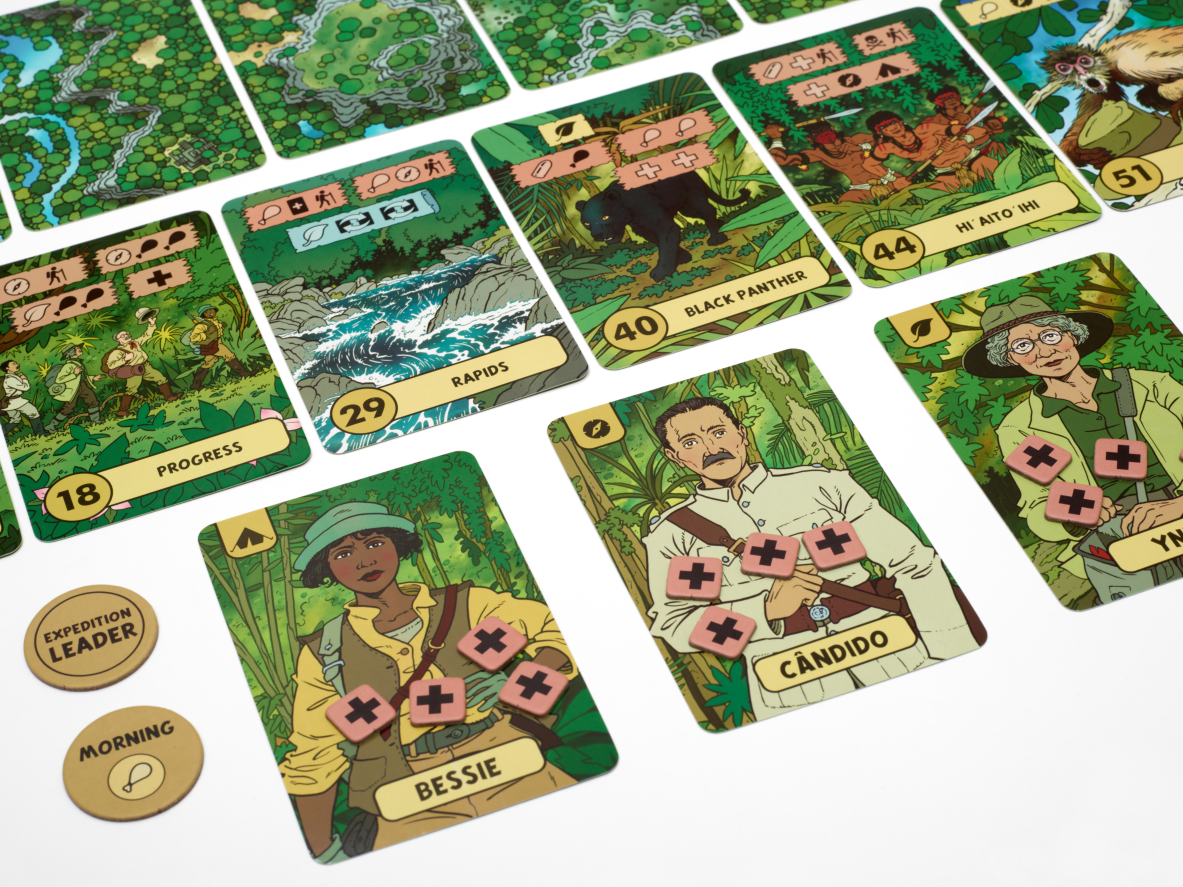 I don’t know if it is an international concept, but in Germany boardgamers like to divide game designers into two groups: storytellers and watch makers. Storytellers start with a theme, whilst watch makers start with a mechanism, and while I am sure that a lot of designers fall neatly into one of these categories, I do not. I started The Lost Expedition and The King is Dead with a theme and Let Them Eat Cake with a mechanism.

When approaching a new game, I like to say that I start with the idea. That can be a theme or a specific mechanism, but could also be something very vague, such as ‘a game about dealing with grief’ or ‘a trivia game without questions’. If the idea seems appealing to me, I’ll start to brainstorm and see if it leads anywhere. If it doesn’t I’ll write it down for later, but if it does then the design process has already begun!

As with the idea of storytellers and watch makers, when it comes to the design process there are two different approaches – bottom-top and top-bottom. With the latter you start by imagining what could be in the game and try to connect all of those into a working game, whilst with bottom-top you start with the bare minimum and only add what you absolutely have to.

The King is Dead, Let Them Eat Cake, and The Lost Expedition are all bottom-top designs.

It’s probably obvious with The King is Dead, as there are very few rules. My concept was a game where you struggle for power, but want to show a united front to outside powers or someone else (i.e. The Saxons) will grasp power. I thought a majority system would work best, as the lack of direct conflict plays into my idea of a ‘united front’. Then I chose two core mechanisms: using only 8 actions and the follower system where you have to weaken some of the factions on the board and gain influence with the others. That was the starting ground, with everything else building up from there. 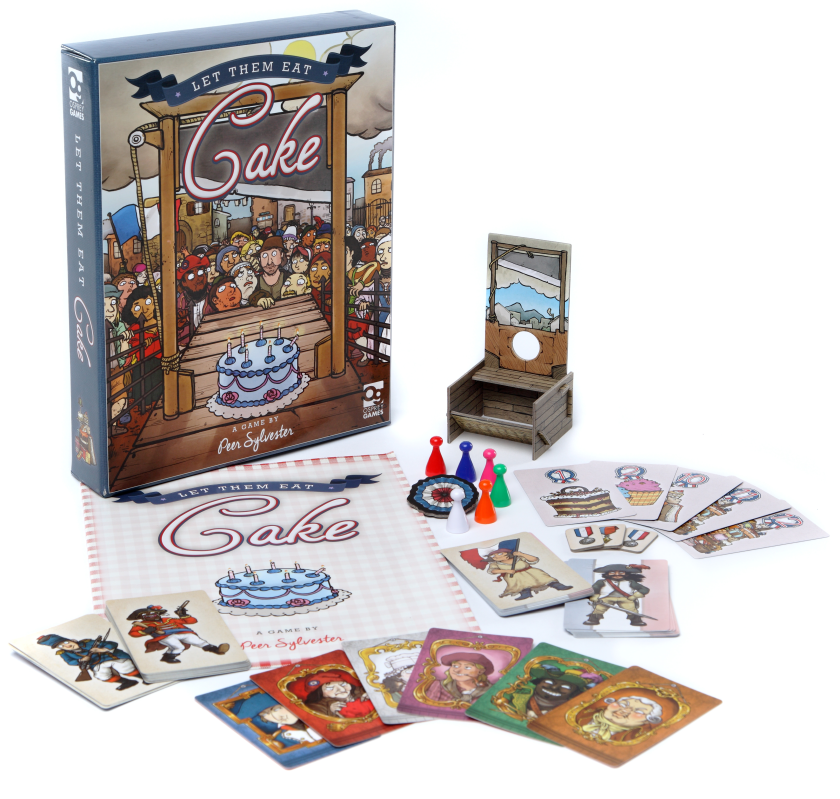 The basic concept of Let Them Eat Cake was ‘mean voting/negotiation game where everybody has the same votes’. Again, I started at the bottom and tried to create a logical chain of things to vote for: someone to break ties, someone to reduce the power of another player (guillotine operator), someone to distribute the goods and someone that decides if people actually get the goods distributed to them. The goal was to create an environment that allows for the maximum amount of negotiation. Again, the rest grew from there, although an extra element was needed and the generals are a result of that – this was more of a Top Bottom approach where I asked myself ‘in a coup, what else could happen and how?’.

For The Lost Expedition I started with the theme. I liked the idea of having cards with the events that would happen, and the core mechanism was the morning phase (the evening phase came later, when I decided that players would have to use all their cards). The icons came from the  theme, but I tried not to use too many, just what is needed to create different cards that feel thematic, but where each icon has their own “character”. Use too many resources and they either all feel the same or some are clearly better than others. Again, I build the game upwards from that starting point.

Please note that I'm not saying this method is superior to the alternative – it is just the way that works best for me!