This Thursday, 21 March 2018, author of the new Fortress 112: Defenses of Bermuda 1612-1995, Terry McGovern, will be at the Bermuda Underwater Exploration Institute for the launch of the book.This will include a signing and a lecture about the fantastic addition to Osprey's Fortress series. The book signing begins at 7pm, followed by the lecture at 7.30pm. Get your tickets and find out more information, by clicking here. 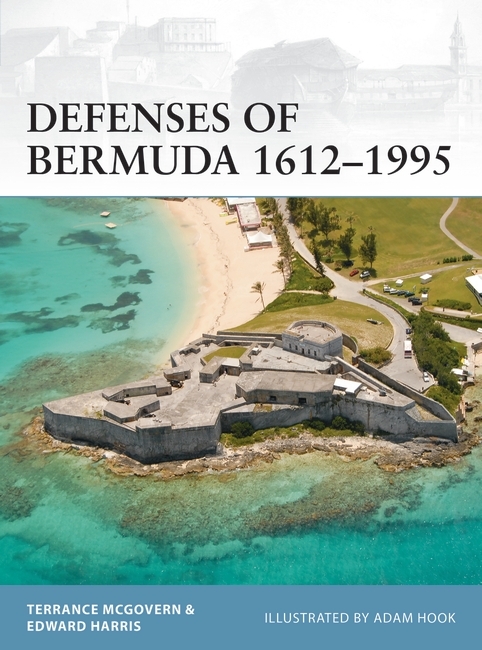 'Due to its location in the western North Atlantic some 600 miles off the Carolinas and halfway between Halifax in Canada and Jamaica in the West Indies, the island of Bermuda was a key naval haven for the Royal Navy over the centuries. It was vital for the Navy first in the development of its American colonies, then during its rivalry with the United States, and finally as allies with the United States. The need to defend its 64 miles of coastline and ports has resulted in the construction of about 50 forts from 1617 to 1945 even though its total land mass is only 20.6 square miles. This led to an incredible concentration of fortifications with 2.5 forts for every square mile. Today, the legacy of these defence efforts remain either as disused structures or parks scattered throughout Bermuda, many of them now popular tourist attractions. Using stunning commissioned artwork and meticulous research, this is the fascinating story of Britain's "Gibraltar of the West”.'