Today on the blog, we bring you an exclusive extract from Jeremy Black's newest book Forts: An Illustrated History of Buildings for Defence. This incredible new study uses a stunning array of plans, maps and photographs, outlining the history of fortifications, showing how their design has adapted to the changing technology of war.

Fortifications are a key element of human history, one that has left a lasting presence. They were also important even when the evidence for them is far more fragmentary.

Humans protected themselves against the elements, both natural and supernatural, against animals and against other humans. Initially, many ‘fortifications’ were natural features that provided shelter and/or enhanced strength. Caves and ridges were key examples, but so were thickets in which humans on foot could protect themselves from more mobile animal opponents.

Natural fortifications remained important throughout history, including as features that provided defensive sites in conflict. Some natural fortifications were eventually enhanced. This form of protection, which initially entailed barricades of stones and earth, as well as the use of fire, tended to involve palisades of wood when domestic animals also had to be protected as well as restrained and controlled. In the absence of wood, stone could be used for such enclosures, and so could earth. Indeed, the principle of fortification is more fundamental and continuous than the means employed.

Fortifications of a more sophisticated type followed the development of states, not least because human attackers could achieve far more than animal counterparts, especially in scale and persistence but also in sophistication, for example the use of fire. The need for protection, a determination to establish control, as well as clashing interests between states, encouraged the walling of settlements and large-scale conflict, the two being closely linked. City states developed in the fertile valleys of the Euphrates and, later, Tigris in modern Iraq from the fourth millennium BC. In addition, by about 3300 BC, walled towns had begun to be built along the Nile in Egypt. Such settlements also appeared in China.

The need to come to close quarters with an enemygave fortifications their power, which was only to be eclipsed (and then only partially) by dependable and powerful missile weapons. The viability of fortifications, moreover, was enhanced by limitations in siegecraft. However, fortifications were always in a dynamic relationship with the means to overcome them. This situation has persisted to today, and will continue into the future.

Improvements in siegecraft by the aggressive and expansionist Iraqi-based Assyrian empire in the ninth to seventh centuries BC ensured that Assyrian advances, whether or not they led to battle, could not be readily resisted by remaining behind walls, as was often the case in warfare. The stone reliefs from the palace of Nineveh, the Assyrian capital, depict the sieges of walled cities. The Assyrians used battering rams. The carvings that show them have men fighting from the tops of the towers that protect the rams: they are siege towers with battering rams or vice versa.

Aside from devices that came into direct contact with the walls, notably battering rams and siege towers, there were siege engines including those that fired projectiles, especially catapults. Large catapults could throw heavy stones designed to inflict damage to the structure, while medium-size catapults launched bolts, and lighter, hand-held ones fired arrows and small stones designed to clear away defenders from their positions. Such anti-personnel weaponry provided an opportunity for gaining tactical dominance and for the use of siege engines against the walls. Thus, they were an aspect of the degree to which sieges involved stages in order to suppress the defences. 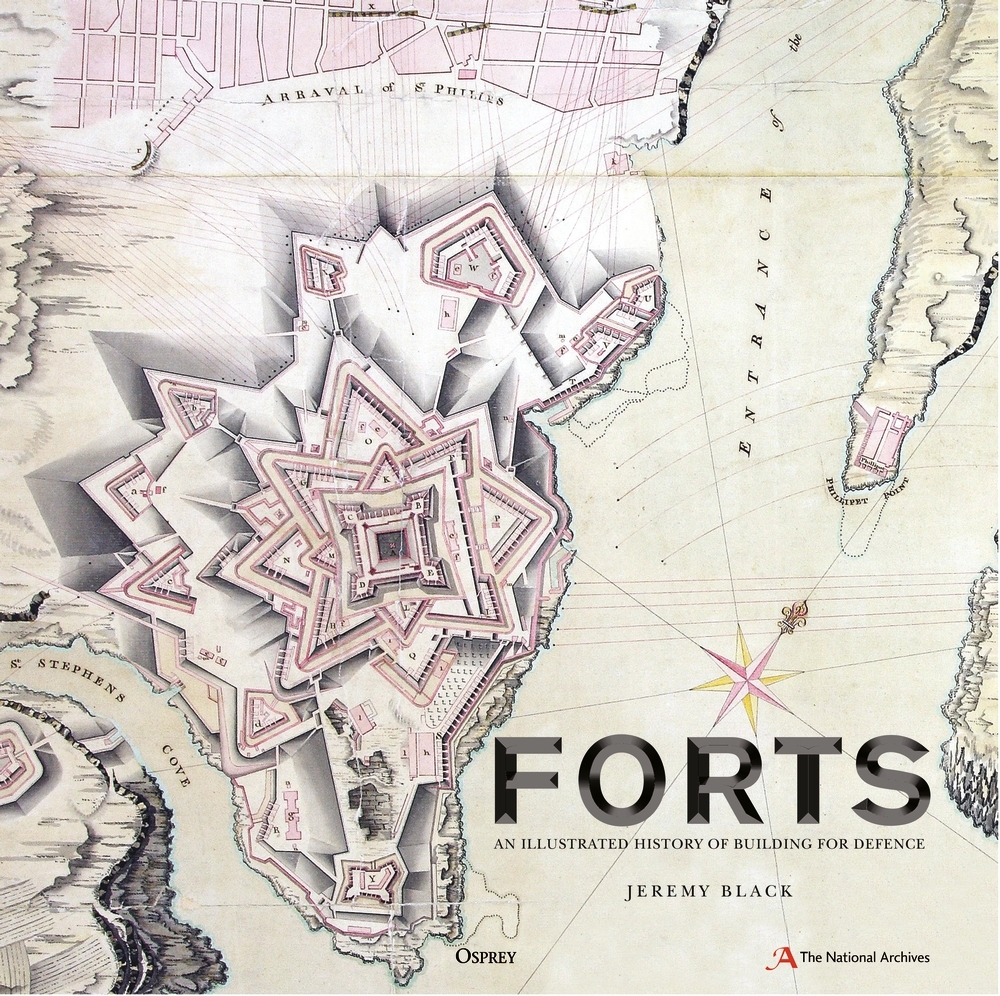 In turn, these stages required different facets for the defence. This included firepower mounted on the walls and notably in the towers that were their strongest features. When Alexander the Great of Macedon successfully besieged the well-fortified port city of Tyre (in modern Lebanon) in 332 BC, during his conquest of the Persian Empire, the catapults were able to provide covering fire for battering rams employed to breach the walls, and for boarding bridges from which troops moved into the breaches from ships. Cannon were later to provide the breaching force of the battering rams without needing close contact.

The Hellenistic powers that succeeded Alexander’s empire, and that dominated the Near East and the Eastern Mediterranean until the first century BC, were able to produce more formidable siege weapons such as battering rams sheathed with iron and mounted on rollers. At the siege in 305–04 BC of Rhodes, a city that continued to be an important and contested fortified position into the sixteenth century, there were also iron-tipped borers (made effective by a windlass, pulleys and rollers) that were designed to make holes in the walls. In addition, siege towers became larger and heavier, and therefore able to project more power. They were also better defended, for example with iron plates and goatskins to resist the fire missiles and catapults launched from the positions under attack. Flexibility in usage was crucial, as these siege towers could be assembled and disassembled or, alternatively, made on site if timber was available.

The Romans were also adept at capturing fortresses, while they built encampments as a matter of course on the march, and established permanent garrisons on, or close to, their frontiers. Both China and the Romans built formidable series of walls, including the Long Walls of Wei, Zhao and Yan (c.350–290 BC) in China and the Roman limes, notably between the upper Rhine and the upper Danube. These walls were supported by fortresses. In China, siege warfare developed with the use of siege towers and stone-throwing catapults (both also used by the Romans) against cities protected by thick earth walls behind deep, wide ditches. Due to their large armies, the Chinese and Indians surrounded fortified positions in order to establish blockades.

In the case of England, the remains of forts are readily apparent from the Bronze Age on, but hill forts became more common with the Iron Age from c.700 BC, although they were probably places of refuge rather than inhabited sites. In particular, this was because hilltops faced issues with the availability of water. They were often within visual contact of each other. Most English sites were relatively modest, for example Woodbury Castle in Devon, although Maiden Castle in Dorset was far more formidable.

In turn, the Romans were major fort builders in Britain, not least with their substantial legionary bases such as Deva (Chester), Eburacum (York) and Isca (Caerleon), as well as with shorter-lived legionary bases, for example Exeter. Moreover, Hadrian’s Wall was built to mark the northern frontier, while the forts of the Saxon Shore were built from the 270s onward from Brancaster, Norfolk, to Portchester, Hampshire, in order to limit attacks by seaborne raiders from Germany. These forts, most of which had protruding towers, were designed to protect harbours and estuaries. The standard Roman emphasis was on round-fronted protruded towers that were able to provide enfilading fire against attackers, for example at Jerusalem.

The construction of town defences in the Roman Empire from the third century, for example in Britain and Spain as well as a formidable wall at Rome in the 270s, indicated an attitude of growing defensiveness in the face of outside attack. This pattern of town walls remained significant under the ‘barbarian’ conquerors of the Roman Empire once they had established states of their own. Thus, Roman traditions were important under the Visigoths in Spain and southern France, as at Carcassonne and Toulouse, and under the Franks in France. As a defence against Viking advances along rivers, fortified bridges were used under the Franks in the ninth century.

In southern England, Alfred, King of Wessex, encouraged the creation of burhs (fortified proto-towns) in the late ninth century as a key part of the defensive system designed to resist the Vikings. Some were refurbished Roman town defences. Others were new. This system was continued by Alfred’s successors, as they established the Old English state in the tenth century, notably conquering the Viking-held East Midlands. In addition, private defended residences, the basis of castles, existed in the late Saxon period, some built by Norman and French protégés of Edward the Confessor (r. 1042–66). Similar developments were seen elsewhere in Western Europe.

In south-eastern Europe, the Eastern Roman (Byzantine) Empire maintained formidable defences, notably at Constantinople (Istanbul) and at Salonica. Existing fortifications were improved, as in the Near East with the massive Byzantine city wall at Antioch in the sixth century, which had about 60 towers divided into two groups: large polygonal master towers, and smaller square towers dependent on them. This was a clear instance of the threat-based nature of fortification. Concern about expansion by the Sassanids of Persia (Iran) led to Byzantine fortifications in the region.

Forts is now available to order from Osprey Publishing. Click here to get your copy!