Ahead of the publication of his 13th weapon book, The Suomi Submachine Gun, Leroy Thompson discusses the famous weapon of the Winter War (1939–40) and his interest in the topic.

Many of us with an interest in military history find tales of battles against great odds especially inspiring. Okehazama, Cerami, Agincourt, Hodów, Rorke’s Drift, Thermopylae – their names conjure images of the heroic few against the overwhelming many. For the same reasons, Finland’s battle against the Soviet Union during the Winter War of 1939–40 resonated around the world.

Finland’s Army was based on infantrymen who were skilled in operations in the Far Northern forests, often on skis. Far outnumbered in aircraft, tanks and artillery, the Finns had to rely on their ability to hit and run or to use their marksmanship skills to even the odds. Perhaps the greatest evener was the Finnish Suomi KP/-31 submachine gun.

Originally designed to function as a squad automatic weapon for the Finns, the Suomi’s mission would evolve to one more akin to the later use of the submachine gun in the assault. In the case of the Finns, it lent itself especially well to the raids against Soviet columns bogged down in the snow. Like phantoms, the Finns would ski along the line of Soviet troops emptying the Suomi’s 71-round drum magazine, then disappearing into the forest once again.

The term ‘White Death’ was often applied to the Finnish ski troops, though it was also often applied to Simo Häyhä, the legendary Finnish sniper credited with somewhere around 800 kills. Though he primarily used the M28-30 rifle, Hayha also accounted for a substantial number of Soviets using his Suomi submachine gun. Unlike most submachine guns, the Suomi could function quite well as a close-range sniping weapon. It had good sights and precision barrels. I say barrels because each Suomi was issued with two barrels regulated to the SMG that they accompanied. Not only was the Suomi designed to spew death at the rate of 750 rounds per minute on full-auto fire, but also to be used for small game hunting or sniping on semi-auto fire. 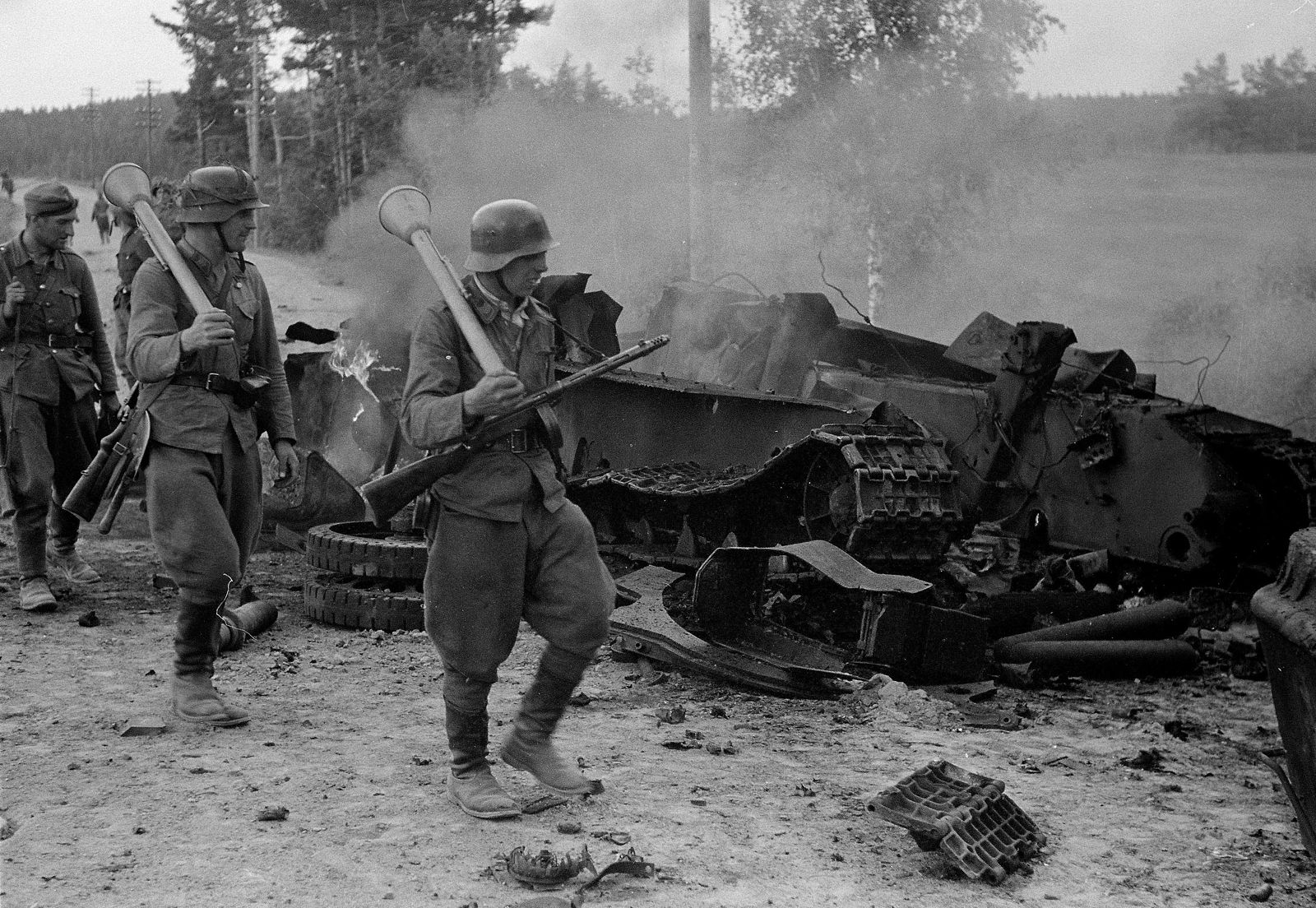 The Suomi became an iconic weapon within Finland, and is still viewed as one of the greatest inventions in Finnish history. When I’ve done firearms training for Finns they have used Glock pistols and Valmat assault rifles, but they still knew about the Suomi and viewed it much as we in the USA view our iconic weapons such as the Colt M1911 or M1 Garand.

My interest in the Suomi initially arose from reading accounts of its service in the Winter War but evolved as I read of the high opinion of the KP/-31 held by many modern experts on submachine guns. As a result I have made it a point to shoot the Suomi – both Finnish and Swedish versions – whenever the opportunity has presented itself. I have also fired the semi-auto ‘kit guns’ built in the USA using parts kits salvaged from surplus Suomis. Certainly, I have found that it is as accurate as to be expected from its reputation. It is quite heavy, which explains the photos that show the Finns carrying it slung across the chest ready for action. The weight is an advantage, though, as during full-auto fire it helps to stabilize the weapon.

Historically, the Suomi is also important for its influence on World War II tactics, as its successes showed how effective the SMG could be in close-quarters fighting. As a result of facing the Suomi, the Soviets developed the PPSh-41 submachine gun, which helped them defeat the Germans in World War II.

The Suomi Submachine Gun is my thirteenth Osprey Weapon book, and one that I have especially enjoyed writing. Not only did I get a chance to trace its design history and evaluate the tactics for its use, but I was able to immerse myself in the battles of the Winter War and come to appreciate even more the overwhelming odds against which the Finns fought and the levelling effect of the Suomi.

The Suomi Submachine Gun by Leroy Thompson will be published by Osprey on the 23rd March, and is now available to pre-order by clicking the link here.