New artwork blogs are always a fun post to put together, and if you’re a fan of our Aircraft of the Aces series, you’re in for even more of a treat as we’re featuring two plates from our upcoming December titles.

As always, have a read of the captions, take in the artwork and let us know which of these books you’ve got your eye on.

This first plate is from Jagdgeschwader 1 ‘Oesau’ Aces 1939–45, and features the He 162A-2 Wk-Nr 120074 'Yellow 11' of Oberleutnant Karl-Emil Demuth, acting Kommandeur I./JG 1, Leck, May 1945. As this plate shows, the aircraft has a distinctive design, from the red, white and black rings on its nose to the red Geschwader arrows behind it. You can also just about see Gruppe's 'Devil in the Clouds' emblem below the cockpit. 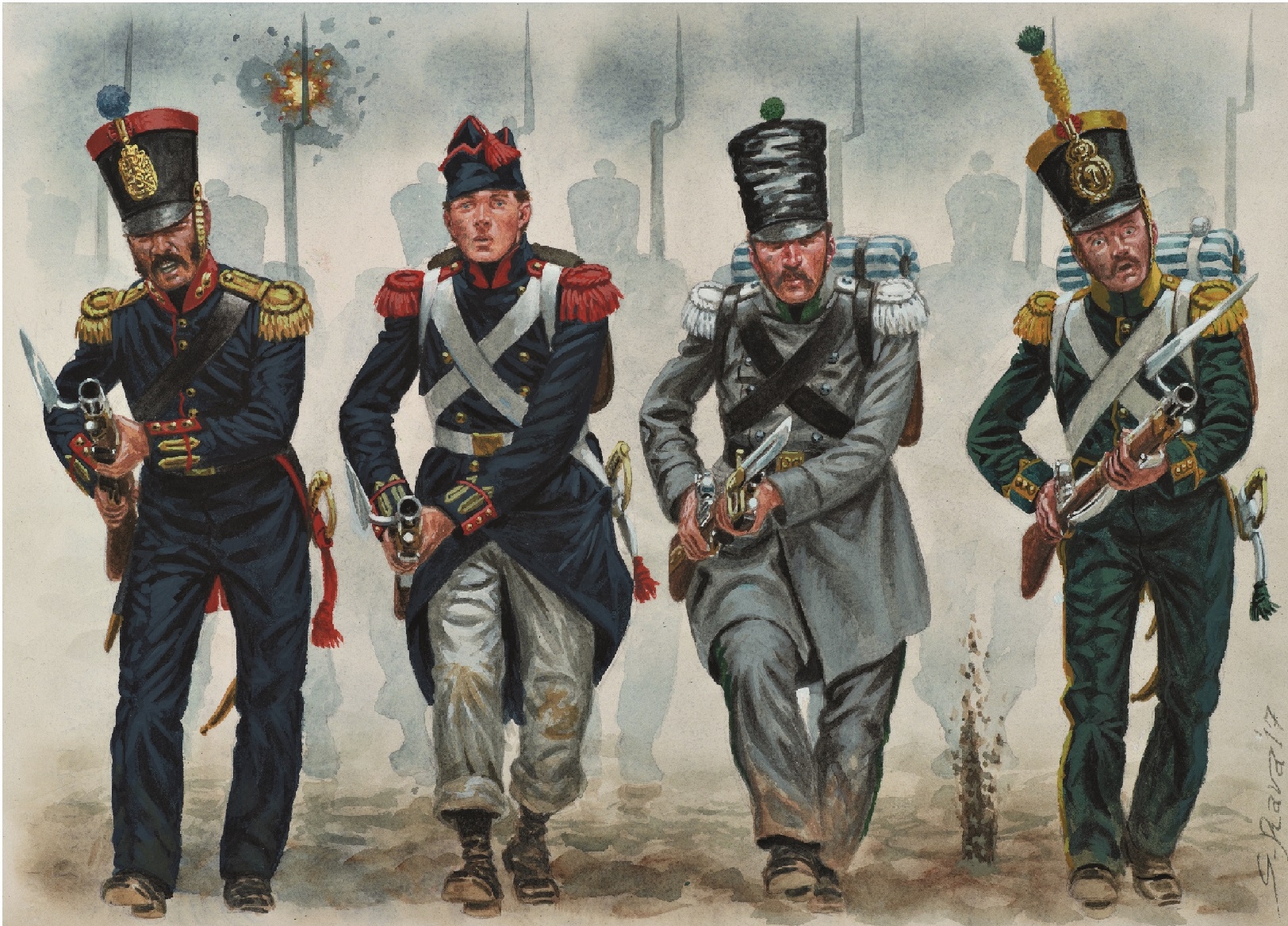 The next plate is from Armies of the First Carlist War 1833–39, and is a stunning depiction of the Spanish Liberal infantry. From left to right, the artwork depicts a Sergeant of the Naval Infantry (1834), a Grenadier of the Line Regiment ‘Rey’ (1835), a Sergeant of the Cazadores Regiment (1836), and a Cazador of the ‘Cazadores del Rey’ regiment (1833).

This next plate from Allied Jet Killers of World War 2 shows the P-51D-5 44-13317 of Captain Freddie Glover of the 336th FS/4th FG. On 2 November 1944, Glover shot down a Me 163. On that day he was flying Capt Donald Emerson’s Mustang, which had originally boasted the fight-ready ‘Donald Duck’ nose art, which is easily my favourite part of this image and one of the main reasons I decided to include it in this month's reveal, if I'm being honest.

Which of these books will be making your to-read list? All three are available to pre-order by clicking here, and will be published 28 December.