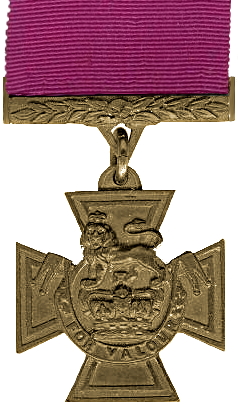 On the 29 January 1856 Queen Victoria introduced the Victoria Cross, the highest military decoration available to British and Commonwealth forces, to honour acts of valour during the Crimean War.

It is awarded for “…most conspicuous bravery, or some daring or pre-eminent act of valour or self-sacrifice, or extreme devotion to duty in the presence of the enemy.”

To mark the 160th anniversary we have put together this blog, looking at some of the recipients of the Victoria Cross, from the very first recipient in the Crimean War up to Vietnam.

This Officer was promoted to his present rank on the 21st of June 1854, for his gallantry in throwing overboard a live shell, at the first attack on the batteries of Bomarsund. Captain Hall writes to Sir C. Napier:—" With regard to Mr. Lucas, I have the pleasure to report a remarkable instance of coolness and presence of mind in action, he having taken up, and thrown overboard, a live shell thrown on board the ' Hecla' by the enemy, while the fuze was burning."

It was chiefly due to the courageous conduct of these men that communication with the hospital was kept up at all. Holding together at all costs a most dangerous post, raked in reverse by the enemy's fire from the hill, they were both severely wounded, but their determined conduct enabled the patients to be withdrawn from the hospital, and when incapacitated by their wounds from fighting, they continued, as soon as their wounds had been dressed, to serve out ammunition to their comrades during the night.

For conspicuous bravery during the engagement with the Boers at the Majuba Mountain, on the 27th February, 1881, when he showed a spirit of self-abnegation and an example of cool courage which cannot be too highly commended. While the Boers closed with the British troops near the wells, Corporal Farmer held a white flag over the wounded, and when the arm holding the flag was shot through, he called out that he had "another." He then raised the flag with the other arm, and .continued to do so until that also was-pierced with a bullet. 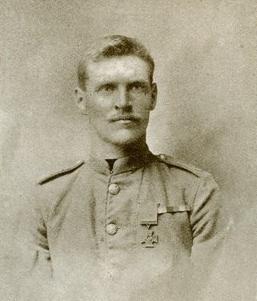 During the attack on General Clements' Camp at Nooitgedacht, on the 13th December, 1900, Lieutenant Sandilands, Cameron Highlanders, with fifteen men, went to the assistance of a picquet which was heavily engaged, most of the men having been killed or wounded. The enemy!, who were hidden by trees, opened fire on the party at a range of about 20 yards, killing two and wounding five, including Lieutenant Sandilands. Sergeant Farmer at once went to the Officer, who was perfectly helpless, and carried him away under a very heavy and close fire to a place of comparative safety, after which he returned to the firing line and was eventually taken prisoner. 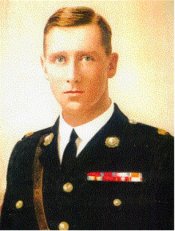 For most conspicuous gallantry.

This officer landed on the mole from ''Vindictive" with numbers 5, 7 and 8 platoons of the marine storming force, in the face of great difficulties. When on the mole and under heavy fire, he displayed the greatest initiative in the command of his company, and 'by his total disregard of danger showed a magnificent example to his men. He first established a strong point on the right of the disembarkation, and, when satisfied that that was safe, led an assault on a battery to the left with the utmost coolness and valour.

Captain Bamford was selected by the officers of the R.M.A. and R.M.L.I. detachments to receive the Victoria Cross under Rule 13 of the Royal Warrant, dated the 29th January, 1856. 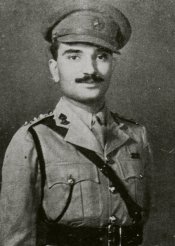 For most conspicuous gallantry on active service in the Middle East. During the pursuit of the enemy following the capture of Metemma on the night 31st January - 1st February, 1941, Second-Lieutenant Bhagat was in command of a section of a Field Company, Sappers and Miners, detailed to accompany the leading mobile troops (Bren Carriers) to clear the road and adjacent areas of mines. For a period of four days and over a distance of 55 miles this officer in the leading carrier led the Column. He detected and supervised the clearing of fifteen minefields. Speed being essential he worked at high pressure from dawn to dusk each day. On two occasions when his carrier was blown up with casualties to others and on a third occasion when ambushed and under close enemy fire, he himself carried straight on with his task. He refused relief when worn out with strain and fatigue and with one ear-drum punctured by an explosion, on the grounds that he was now better qualified to continue his task to the end.

His coolness, persistence over a period of 96 hours and gallantry, not only in battle, but throughout the long period when the safety of the Column and the speed at which it could advance were dependent on his personal efforts, were of the highest order. 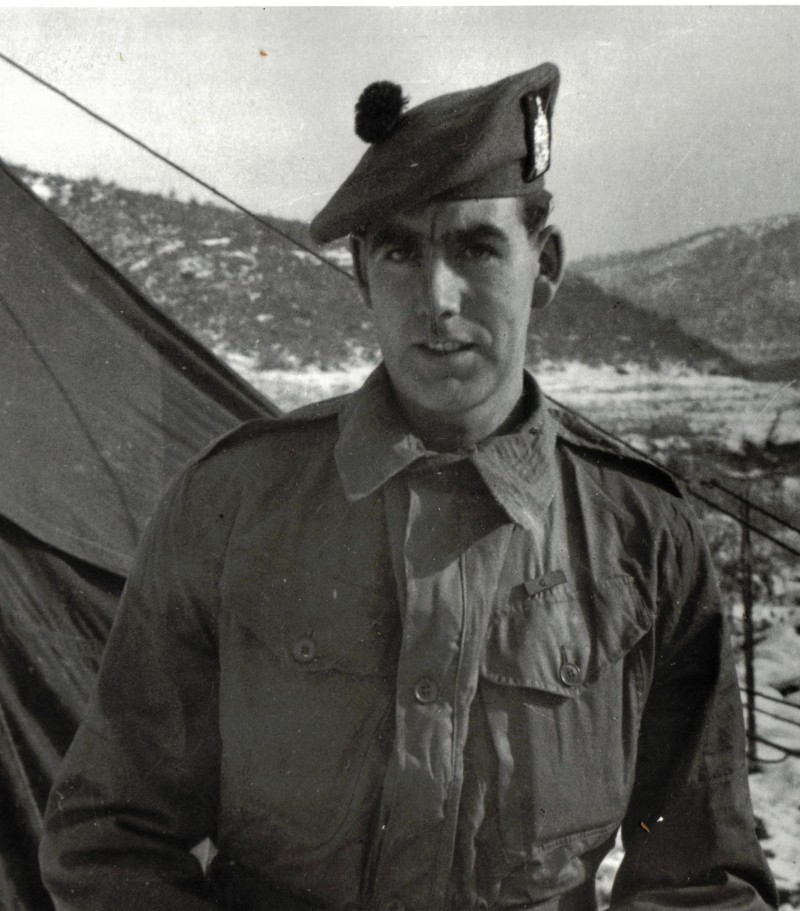 From 0400 hours, 4th November, 1951, the defensive positions held by 1st Battalion, The King's Own Scottish Borderers, were continuously subjected to heavy and accurate enemy shell and mortar fire. At 1545 hours, this fire became intense and continued thus for the next two hours, considerably damaging the defences and wounding a number of men.

At 1645 hours, the enemy in their hundreds advanced in wave upon wave against the King's Own Scottish Borderers' positions, and by 1745 hours, fierce hand to hand fighting was taking place on every position.

Private Speakman, a member of B Company, Headquarters, learning that the section holding the left shoulder of the Company's position had been seriously depleted by casualties, had had its N.C.Os. wounded and was being overrun, decided on his own initiative to drive the enemy off the position and keep them off it. To effect this he collected quickly a large pile of grenades and a party of six men. Then displaying complete disregard for his own personal safety he led his party in a series of grenade charges against the enemy; and continued doing so as each successive wave of enemy reached the crest of the hill. The force and determination of his charges broke up each successive enemy onslaught and resulted in an ever mounting pile of enemy dead.

Having led some ten charges, through withering enemy machine gun and mortar fire, Private Speakman was eventually severely wounded in the leg. Undaunted by his wounds, he continued to lead charge after charge against the enemy and it was only after a direct order from his superior officer that he agreed to pause for a first field dressing to be applied to his wounds. Having had his wounds bandaged, Private Speakman immediately rejoined his comrades and led them again and again forward in a series of grenade charges, up to the time of the withdrawal of his Company at 2100 hours.

At the critical moment of the withdrawal, amidst an inferno of enemy machine gun and mortar fire, as well as grenades, Private Speakman led a final charge to clear the crest of the hill and hold it, whilst the remainder of his Company withdrew. Encouraging his gallant, but by now sadly depleted party, he assailed the enemy with showers of grenades and kept them at bay sufficiently long for his Company to effect its withdrawal.

Under the stress and strain of this battle, Private Speakman's outstanding powers of leadership were revealed and he so dominated the situation, that he inspired his comrades to stand firm and fight the enemy to a standstill.

His great gallantry and utter contempt for his own personal safety were an inspiration to all his comrades. He was, by his heroic actions, personally responsible for causing enormous losses to the enemy, assisting his Company to maintain their position for some four hours and saving the lives of many of his comrades when they were forced to withdraw from their position.

Private Speakman's heroism under intense fire throughout the operation and when painfully wounded was beyond praise and is deserving of supreme recognition. 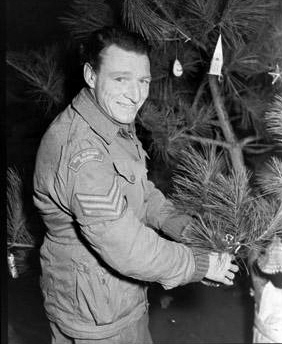 On 6th May 1969, Warrant Officer Simpson was serving as Commander of 232nd Mobile Strike Force Company of 5th Special Forces Group on a search and clear operation in Kontum Province, near the Laotian border. When one of his platoons became heavily engaged with the enemy, he led the remainder of his company to its assistance. Disregarding the dangers involved, he placed himself at the front of his troops, thus becoming a focal point of enemy fire, and personally led the assault on the left flank of die enemy position. As the company moved forward, an Australian Warrant Officer commanding one of the platoons was seriously wounded and the assault began to falter. Warrant Officer Simpson, at great personal risk and under heavy enemy fire, moved across open ground, reached the wounded Warrant Officer and carried him to a position of safety. He then returned to his company where, with complete disregard for his safety, he crawled forward to within ten metres of the enemy and threw grenades into their positions. As darkness fell, and being unable to break into the enemy position, Warrant Officer Simpson ordered his company to withdraw. He then threw smoke grenades and, carrying a wounded platoon leader, covered the withdrawal of the company together with five indigenous soldiers. His leadership and personal bravery in this action were outstanding.

Warrant Officer Simpson's repeated acts of personal bravery in this operation were an inspiration to all Vietnamese, United States and Australian soldiers who served with him. His conspicuous gallantry was in the highest tradition of the Australian Army.

If you are interested in reading more about any of these subjects you may wish to take a look at the books listed below:

Special thanks to The London Gazette.