On 17 July 1918 the RMS Carpathia was torpedoed by the German submarine U-55. Two torpedoes were initially fired, with one penetrating the engine room, killing five crewmen. The order was given to abandon ship, with all 57 passengers and 218 surviving crew members boarding the lifeboats. HMS Snowdrop then arrived on the scene, driving away the submarine before picking up the survivors.

5 years earlier Carpathia had secured its place in history for its role in rescuing survivors from the Titanic. Carpathia arrived two hours after Titanic had sunk, but still managed to rescue some 705 men, women and children from the icy waters. 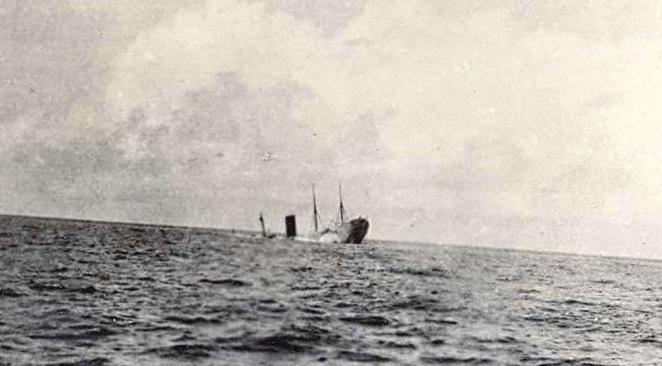 The photograph shows RMS Carpathia sinking after being struck by German torpedoes off Land's End.